Guy Willems’s parents were diplomats and he spent his childhood moving from one country to another. Willems studied in Belgium, at St Michael College in Brussels, and then at the University of Louvain, where he started a course in architecture that was interrupted by the war, before finally enrolling at Brussels’s Royal Academy of Fine Arts.

An admirer of Ronald Searle, Willems began working for the press as a cartoonist in the mid-1940s. He worked fast and was highly productive, contributing to numerous publications, among them La Dernière Heure, Samedi-Soir, France-Dimanche, Ici-Paris, La Vie and Le Rire. In 1955, under the pseudonym Guy Bara, he created Max the Explorer – the character for which he is best known – in the pages of France Soir. The series was also hugely successful abroad and was made into an animated film. In the early 1960s, Guy Bara started collaborating with Spirou and Tintin magazines, which brought him into regular contact with friends like Franquin, Yvan Delporte, Roba, Peyo, Morris, Greg, Jacques Martin, Rosy, Dany, Hermann and Tibet. Right up until the end of his life, Bara continued to explore the visual and narrative potential of wordless cartoons, seeking to communicate a humour that could be universally understood thanks to his extraordinarily expressive graphics. 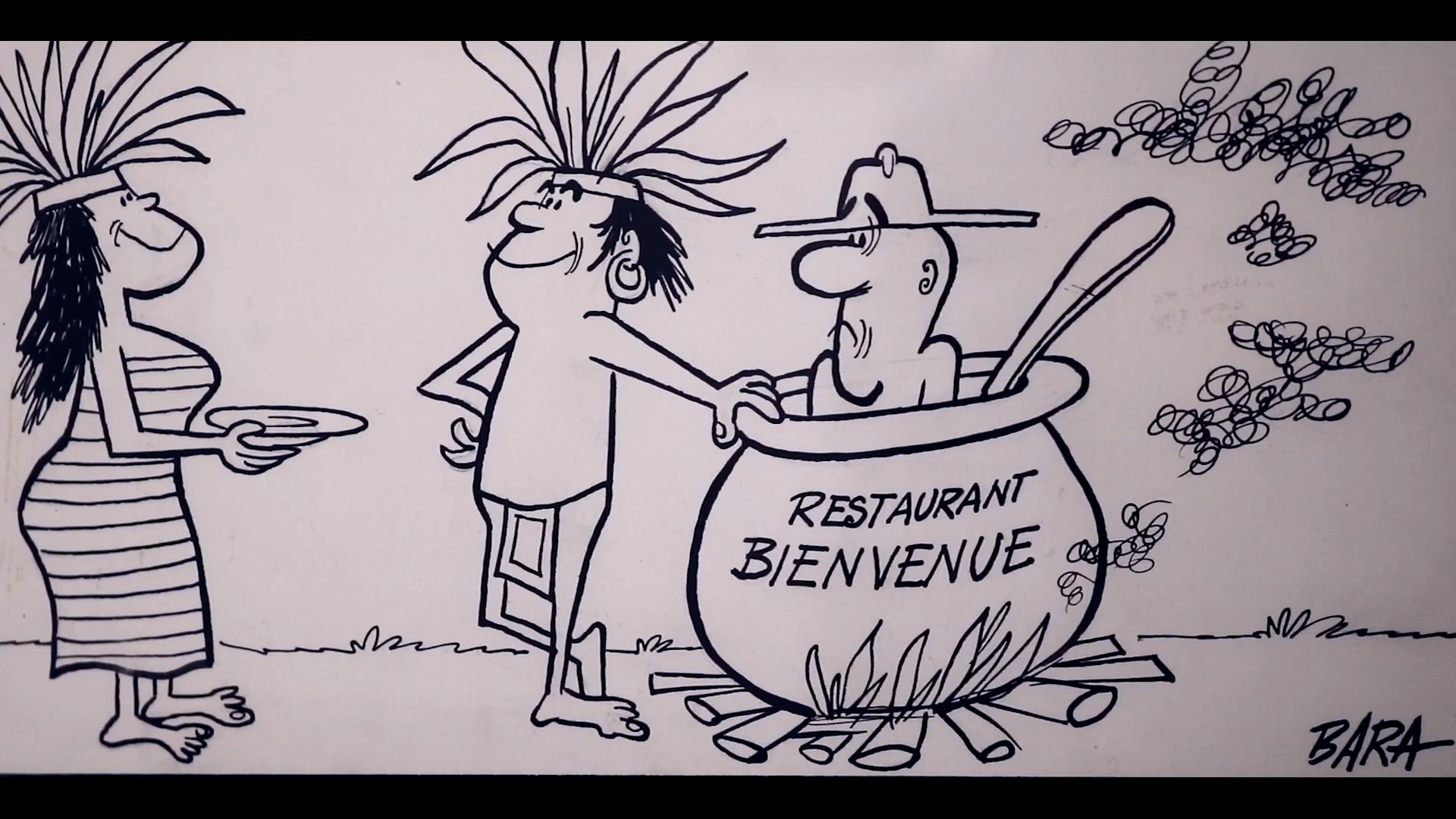