From the 1950s up until the 1980s, Christian Godard worked for the great majority of French-language weekly and monthly children?s magazines. He wrote stories in a whole range of genres ? Norbert et Kari, Martin Milan, Le Vagabond des Limbes (with Julio Ribera), La Jungle en folie (with Mic Delinx), Toupet (with Albert Blesteau) ? and fed the imagination of one generation of young minds after another. Working as both writer and illustrator, sometimes one without the other, but always with great humanity and humour, Godard made an impact in every genre he tackled, creating characters that have become cartoon classics.

Christian Godard grew up near the Porte de Saint-Ouen, in a working-class neighbourhood of Paris. He gave up his studies at the age of seventeen, eager to make a career for himself as an illustrator, but without his baccalauréat he was unable to enrol at the Paris School of Fine Arts. He took on a series of small jobs in the building sector, while practising a great deal of sport in his spare time. In 1954, he was called up for military service in Rabat, Morocco, then a French protectorate, where he taught physical education to other conscripts. This enabled Godard to draw in his free time and, signing himself Ème, he produced over three hundred comic drawings and a single cartoon panel, which he offered the editors of the major humorous periodicals following his demobilisation in 1954. Against all the odds, it was his one cartoon panel that caught the interest of Éditions Rouff, who asked him to produce a complete story for a small-format publication.

Christian Godard launched his career as a cartoonist, using the pseudonym Ème, with the publication of Les Aventures de Pip et Joc, then the following year the adventures of Bicoto marmiton, still for Éditions Rouff. In 1957, he joined Vaillant magazine, producing such series as Les Aventures de Gil Bagout and ? his first real success ? Pipsi, which appeared from 1959 up until 1962. He also took over from Will as illustrator of the weekly Lili mannequin strips in Paris Flirt, written by René Goscinny, and created the Tim et Anthime series ? which would appear briefly in Tintin in 1966 ? for IMA, L'Ami des Jeunes.

He worked for Pilote from the first issue, illustrating Goscinny?s scripts for Jacquot le mousse, then in 1962 Les Aventures de Tromblon et Bottaclou. In response to Jean-Michel Charlier?s request that he write some stories of his own, Godard created the comic series Les Missions de l'Agent secret É.1000 for the magazine in 1962. The following year saw the creation of Norbert et Kari, a humorous series in a conventional comic strip mould but demonstrating real originality.

In 1967, Greg, the then editor-in-chief, gave Godard free rein to produce what he wanted for Tintin magazine. The result was Martin Milan, Godard?s second successful series. He also wrote the scripts for Mittéï?s Indésirable Désiré and Modeste et Pompon, an André Franquin creation. In 1973, Godard interrupted his collaboration with Tintin in order to devote himself to La Jungle en folie, a series of short stories and gags illustrated by Mic Delinx and published in Pif Gadget between 1969 and1983. Around the same time, Godard demonstrated his growing attraction to writing by publishing his first novel, Pavane pour un catcheur défunt, with Presses de la Cité.

In 1975, he started writing the Le Vagabond des limbes series (thirty-one albums and two parallel albums appeared between 1975 and 2003), illustrated by Julio Ribera ? Godard?s first successful realistic series for adults, a mixture of science fiction, adventure and humour.  In 1985, he wrote the script for Les Chroniques du temps de la vallée des Ghlomes, which appeared in Circus, with drawings by Ribera.

In 1987, Godard joined Spirou, where he wrote the scripts for Toupet, drawn by Albert Blesteau (the series continued until 2004, with seventeen albums in total). He also wrote the scripts for Clarke?s Les Baby-sitters, which appeared in the magazine from 1994 to 1999. After Toupet, he started working again (alone) on La Jungle en folie in the new Pif Gadget but had to break off when the magazine stopped publication in 2008. In 1998, he wrote the script for a new story in Greg?s Achille Talon series, Achille Talon à la main verte, with drawings by Roger Widenlocher. Alongside his children?s comics, Godard worked as a scriptwriter on a great many albums and series: with Ribera (Le Grand Scandale, Le Bras du démon, etc.), Erik Juszezak (Oki, souvenirs d'une jeune fille au pair, 1998-2003), Claude Plumail (Le Cybertueur, 1999-2004; Dédales, from 2007) and Achdé (Doc Véto, 1999-2001).

In 2002-2004, Godard published the four volumes of Une folie très ordinaire, a series in which a different illustrator was used for each character so as to highlight their different points of view.

He wrote the scripts for Postiers, published by Bamboo Édition (2006-2008), and worked on guides for Vents d'Ouest (as an illustrator between 2003 and 2005, and as a writer from 2009), and also wrote the script for Michel Brazier volume two, Rendez-vous avec la mort, with illustrations by Mankho. 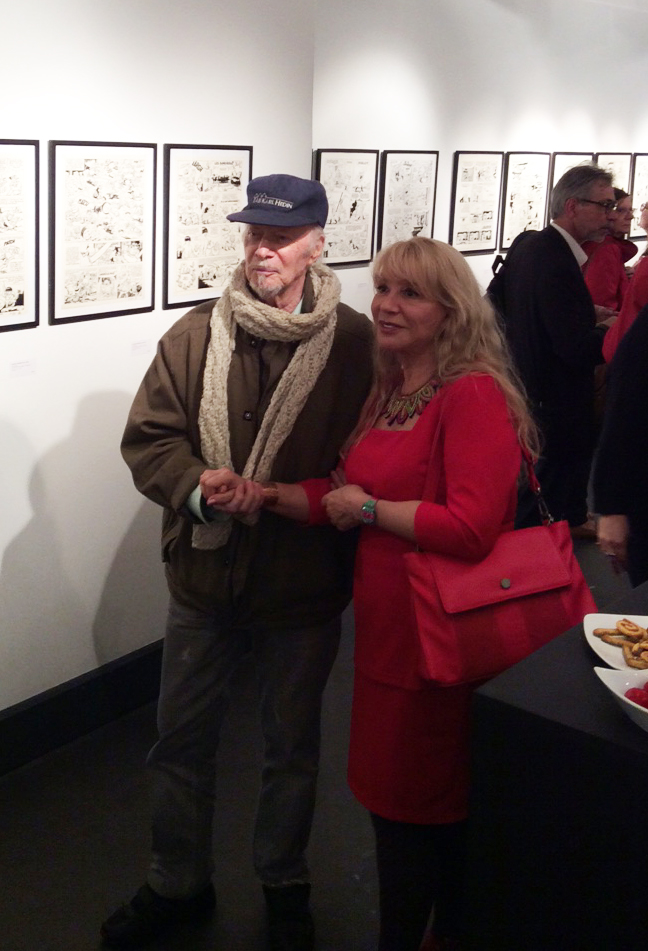 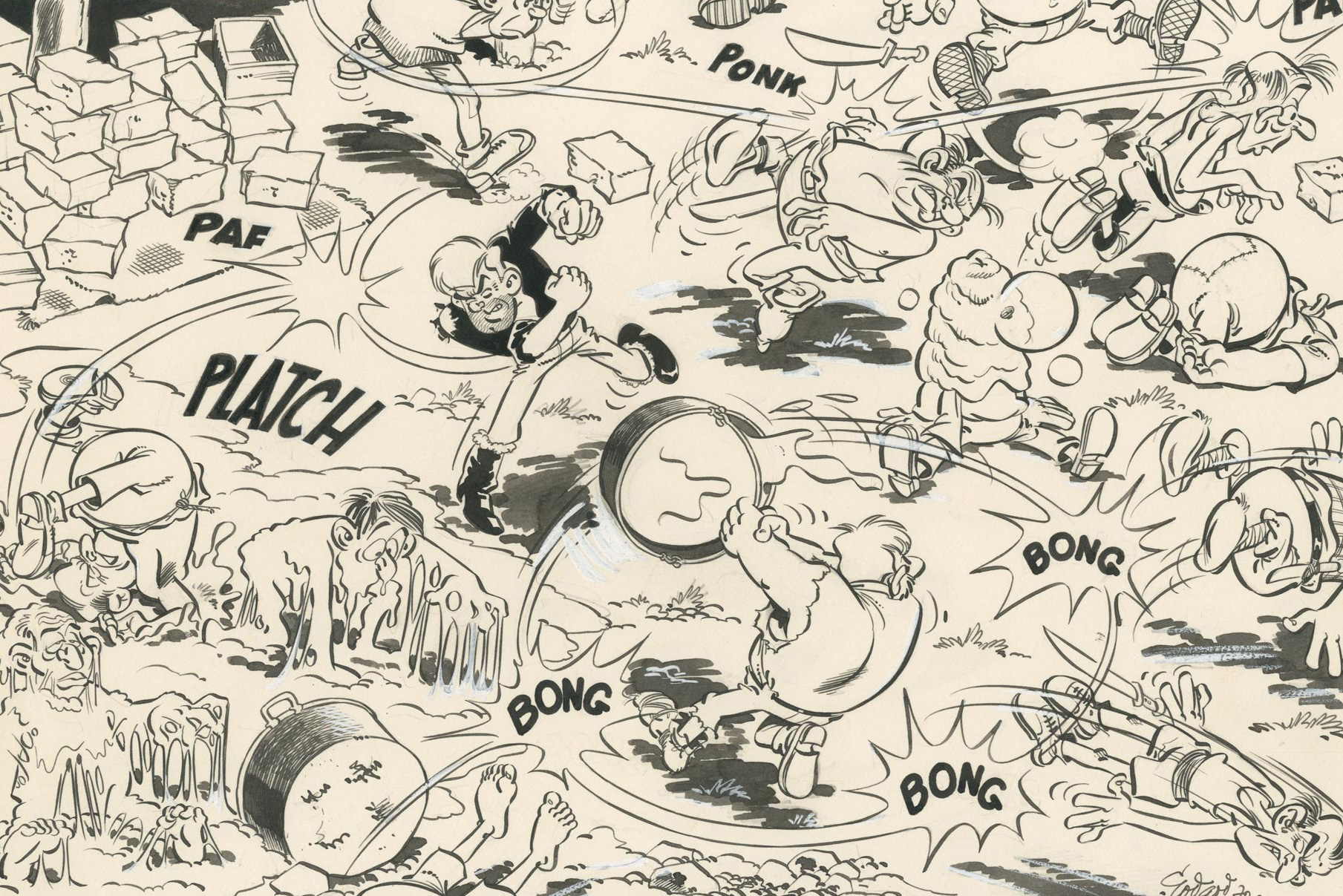