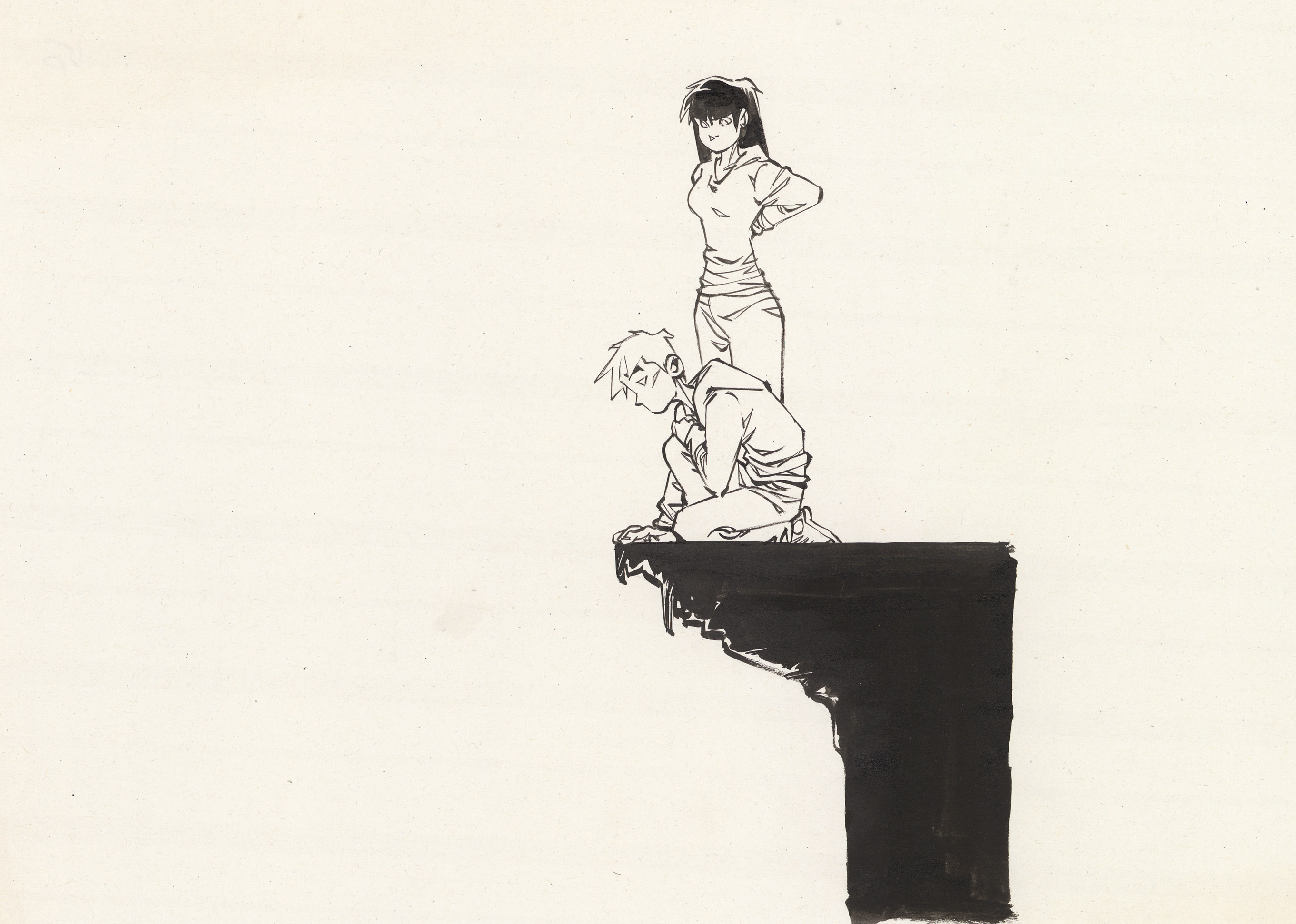 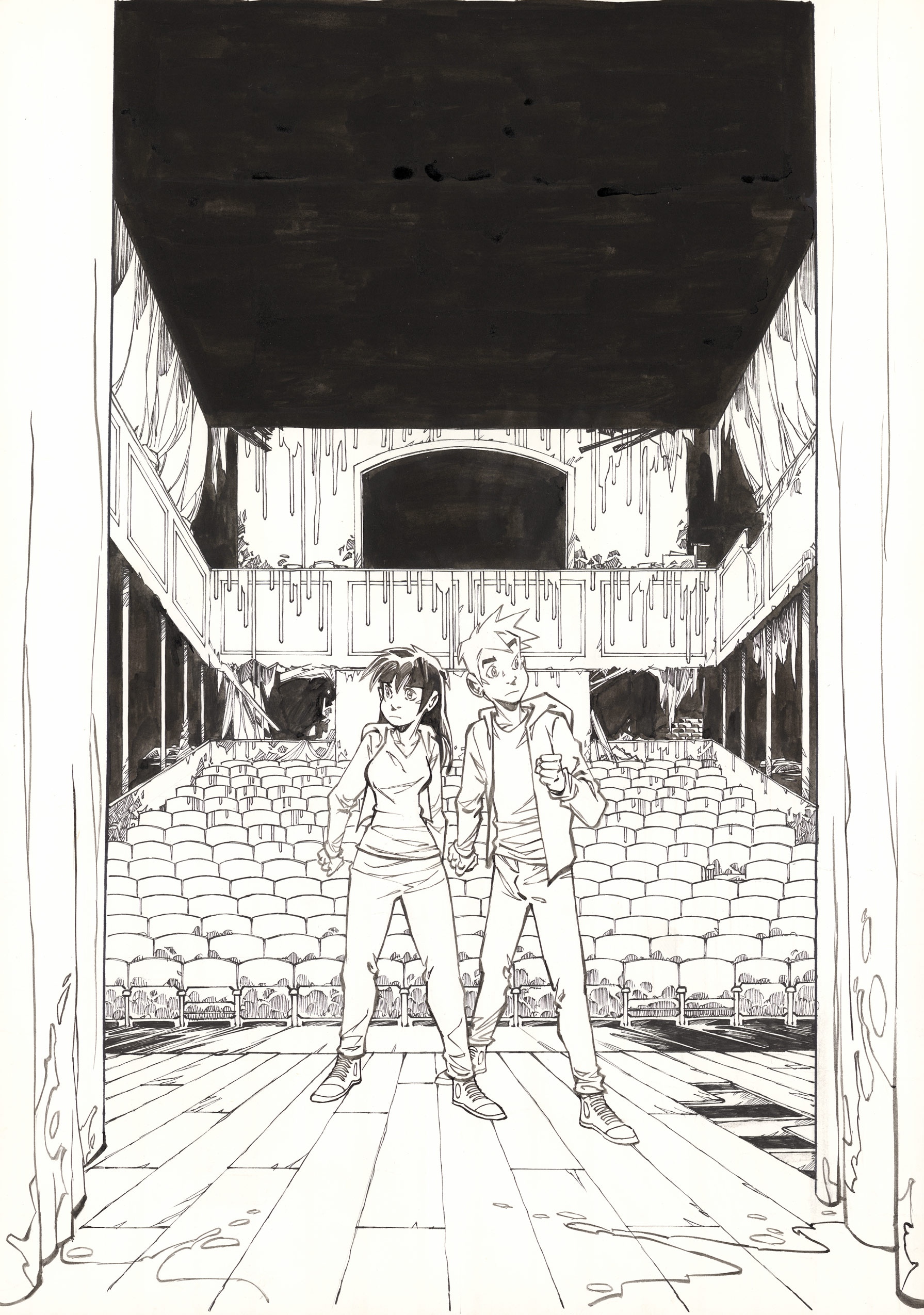 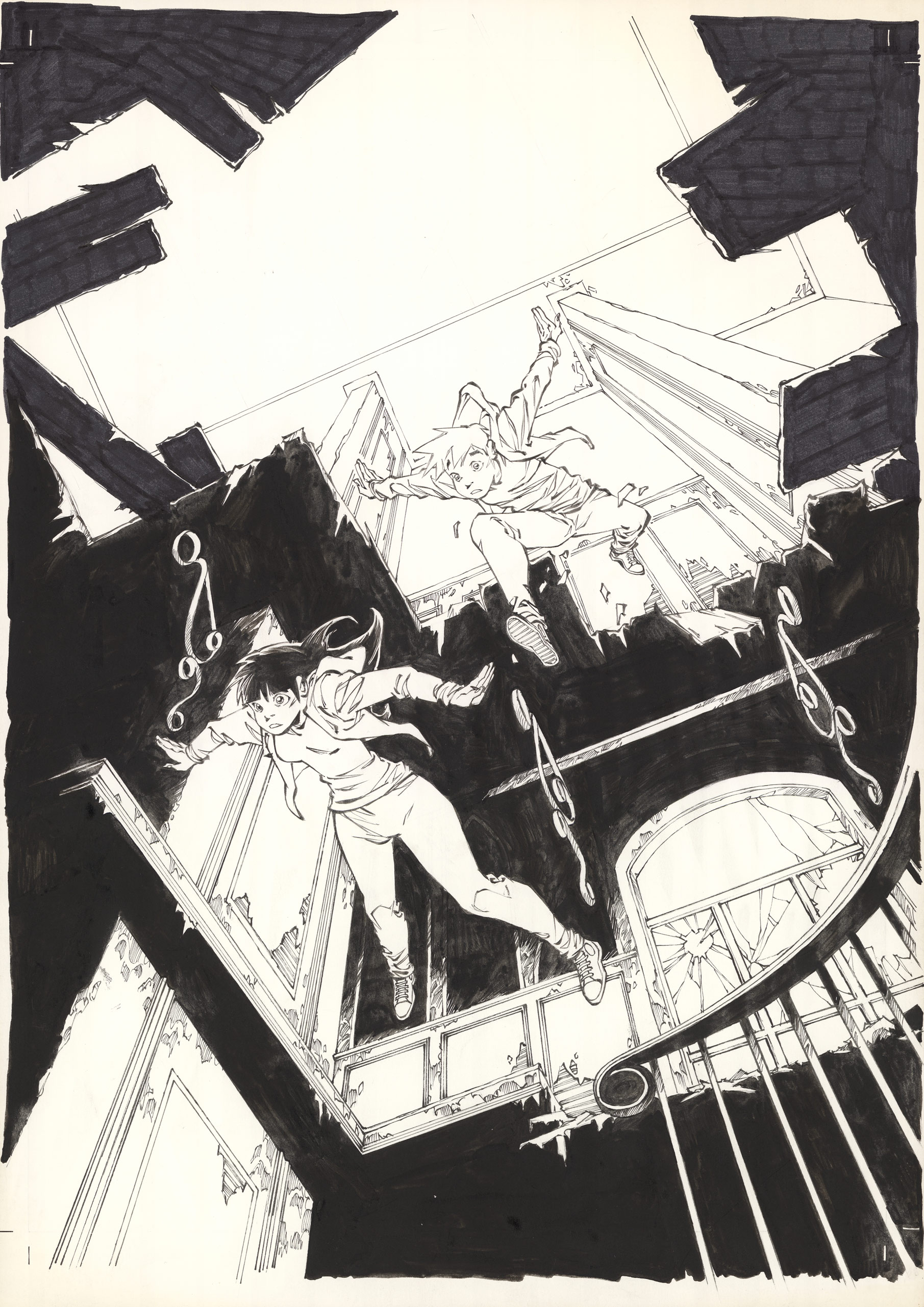 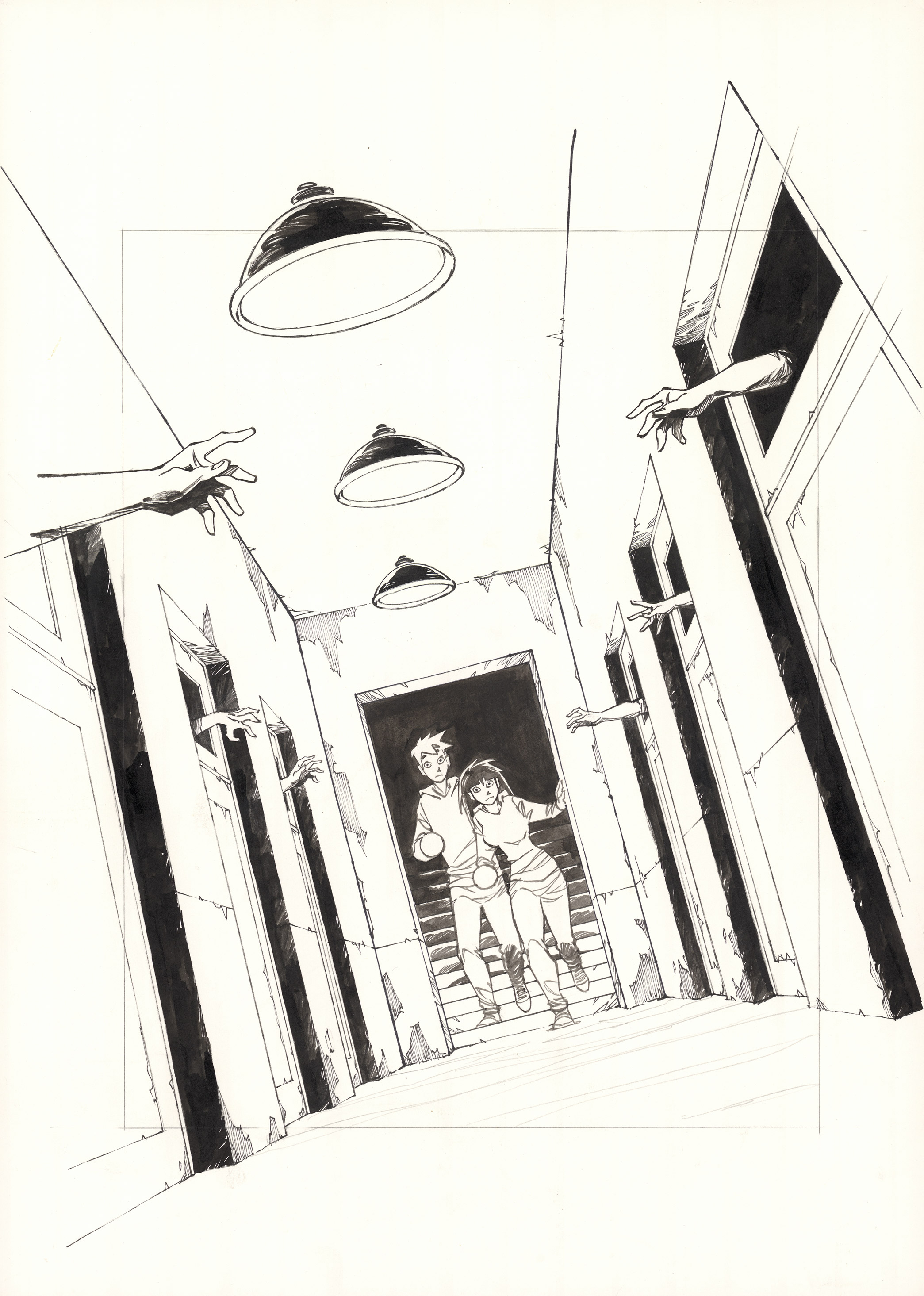 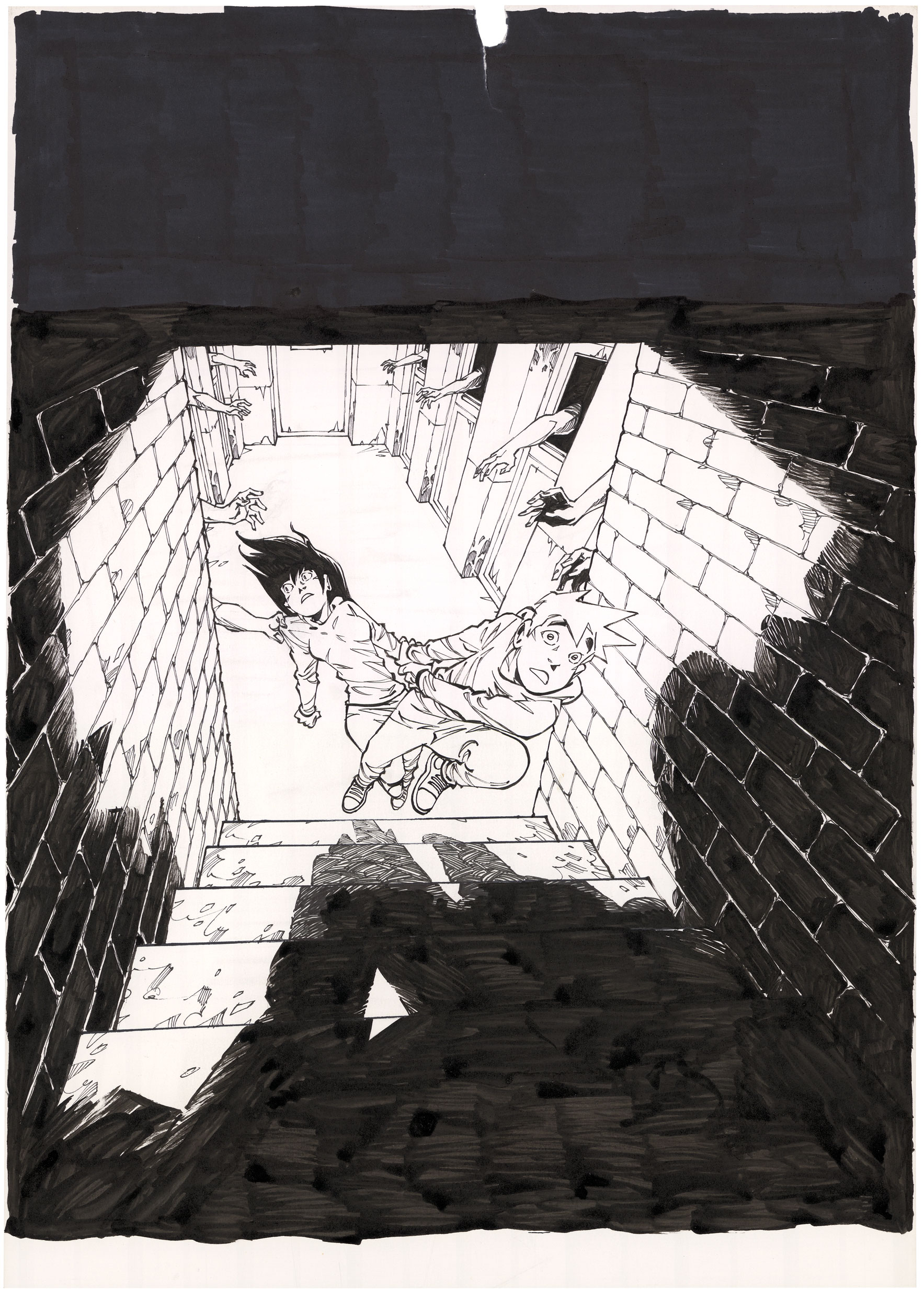 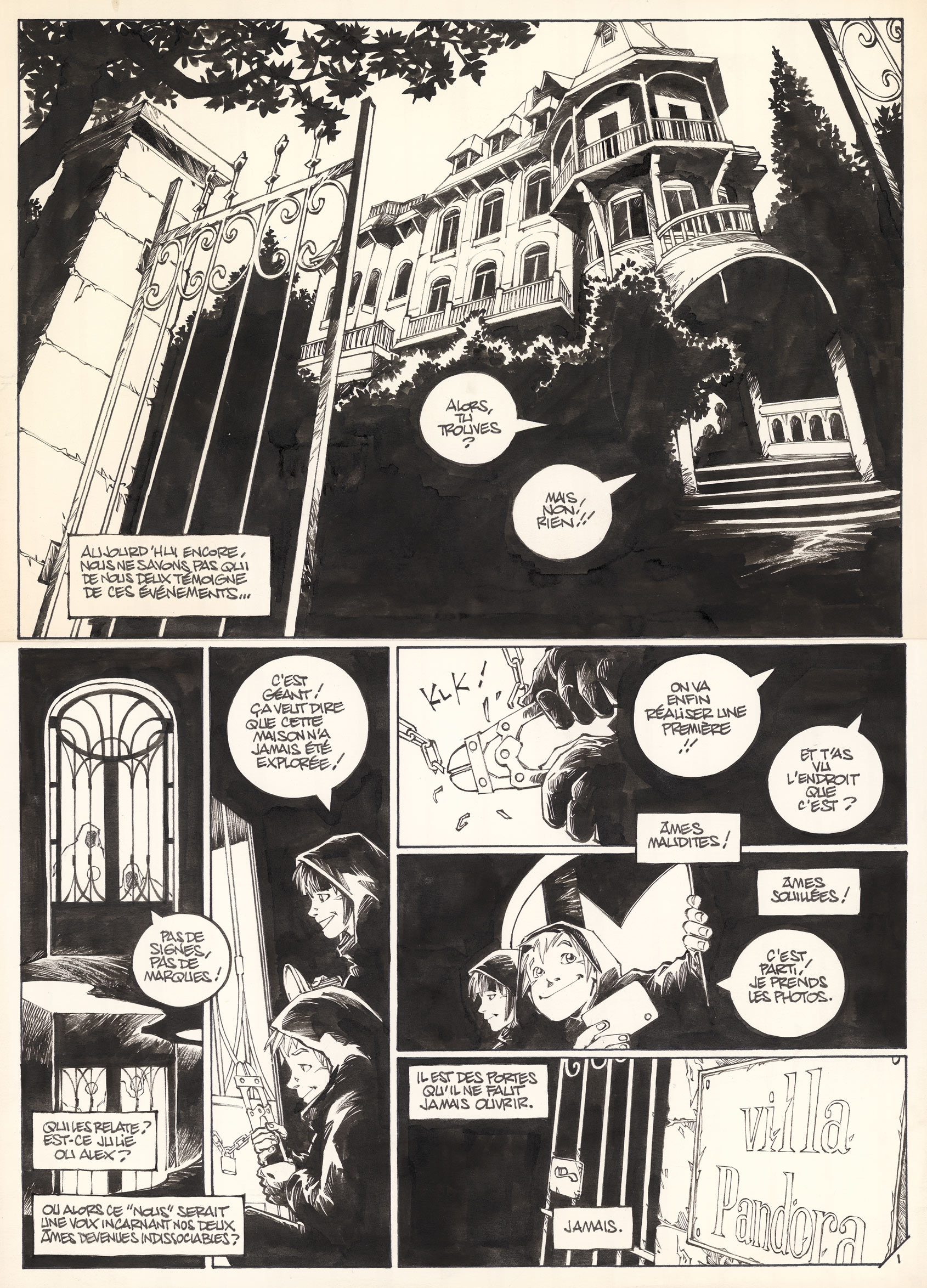 From 1 to 24 September 2022, the Huberty & Breyne – Miromesnil gallery is delighted to be showing plates, executed in Indian ink, from Clarke’s recent Urbex series, as well as various unpublished drawings produced by the artist in preparation for these albums.

The first volume in the series, Villa Pandora, was awarded the Prix des Collèges at the 2022 Angoulême International Comics Festival. Volume 2, Douleurs fantômes, was published by Le Lombard on 25 August 2022. Co-created with Vincent Dugomier, author of the celebrated Les Enfants de la Résistance, Urbex – planned as a trilogy – revolves around the nightly activities of two young explorers, Alex and Julie, among the city’s deserted buildings and those on the brink of demolition. Although not all are deserted, as it turns out... When Alex and Julie discover the Villa Pandora, they have no doubt that it was once a psychiatric clinic. The imposing edifice produces a strange effect on them, and the two youngsters are haunted henceforth by visions of other lives.

Combining adventure, fantasy, suspense and psycho-genealogy, the story is superbly supported by Clarke’s dynamic style of drawing and the highly original “dialogue” he sets up between black and white. In order to create a deliberate sense of distortion, he incorporates his vanishing points within the page, rather than beyond it, playing with perspectives and low-angle views.

After studying at the School of Fine Arts in Liège (like his parents before him, and his uncle, Pierre Seron, author of Les Petits Hommes), Clarke – celebrated author of the Mélusine series – abandoned fashion illustration for comic strip. In 1990, he joined the team at Spirou magazine, and then in the 2000s began contributing to Fluide Glacial, juggling between different genres. The author of some thirty-odd series and albums ranging from science fiction to autobiography, Clarke works as both writer and illustrator and has proved a worthy successor to the Belgian surrealist tradition.