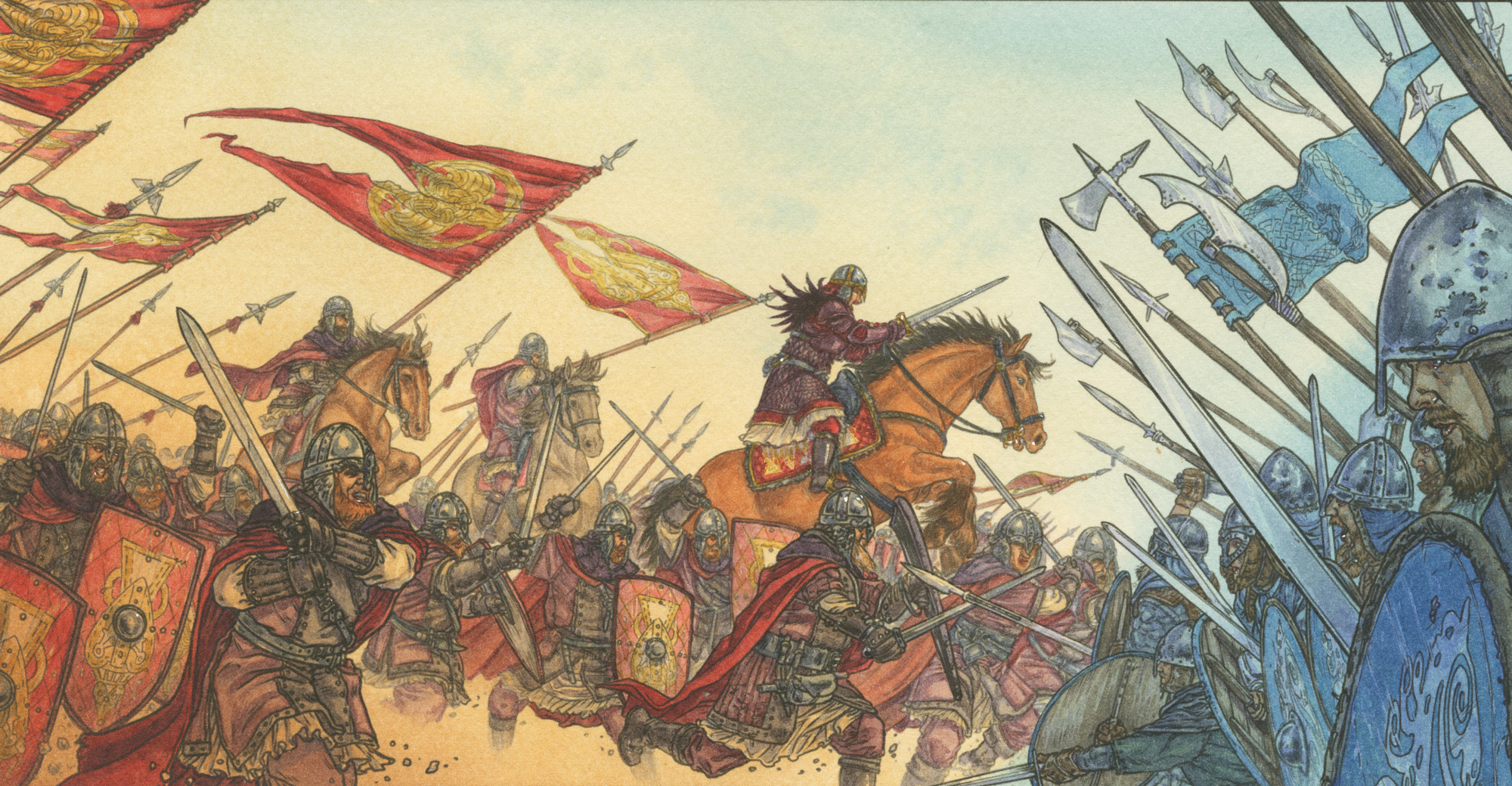 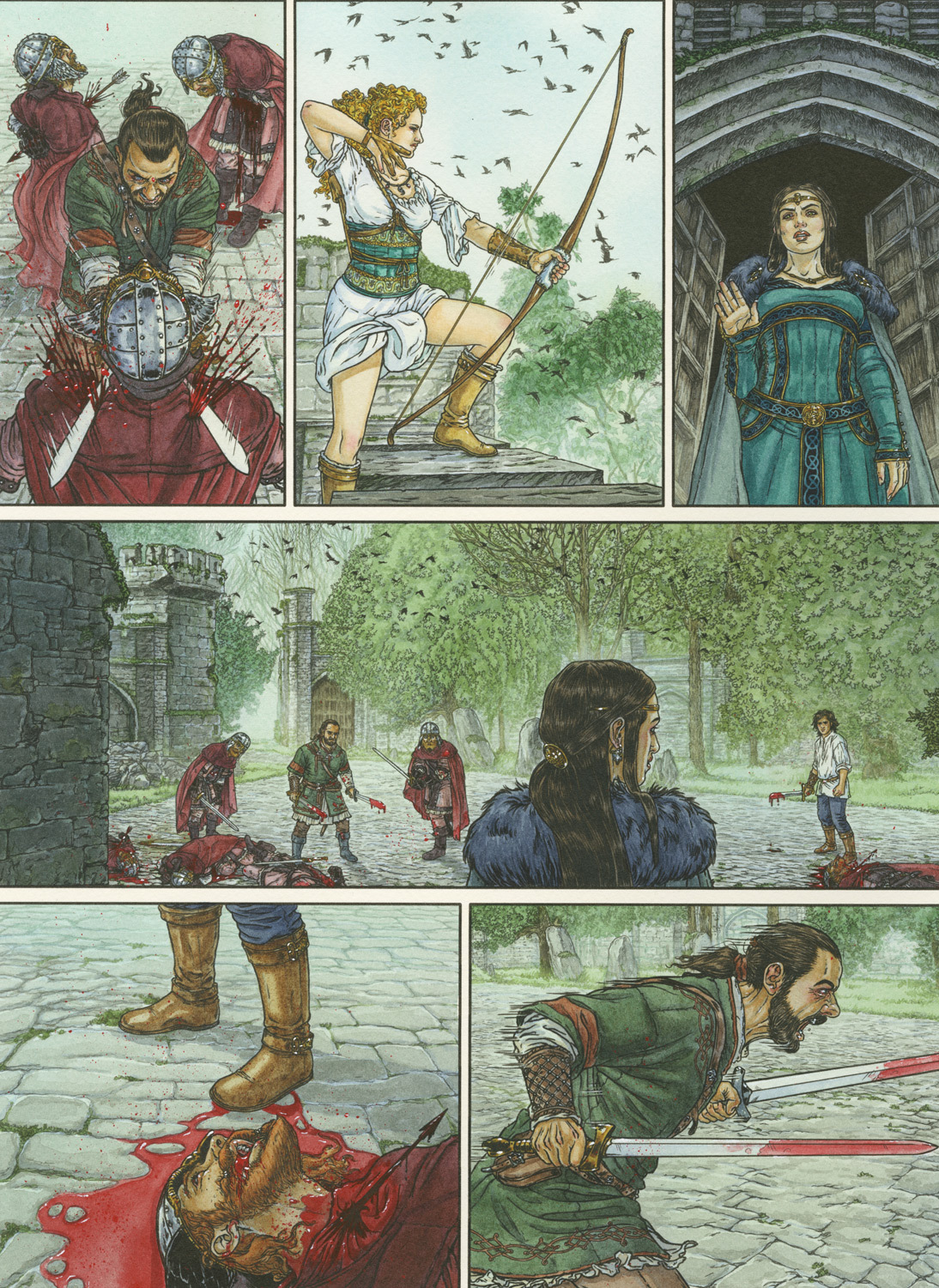 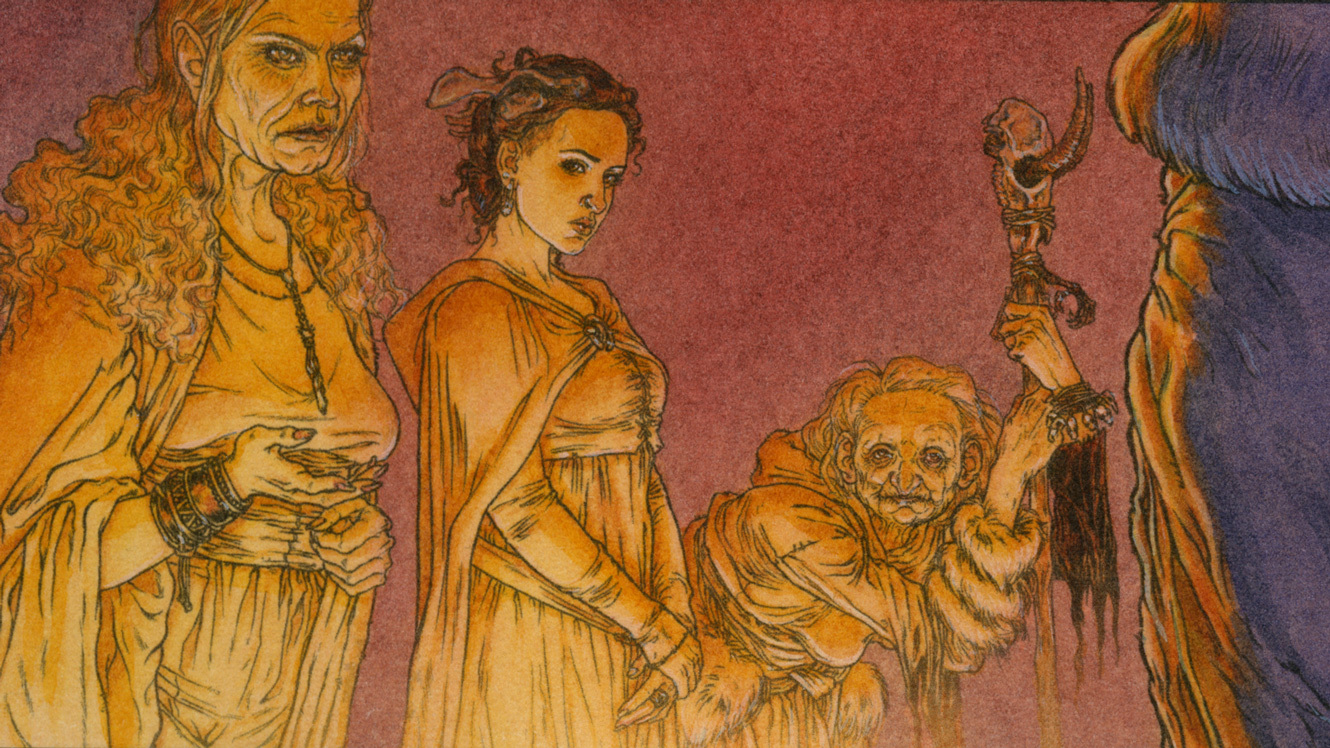 Alain Huberty and Marc Breyne have the very great pleasure of welcoming Béatrice Tillier to Paris, from 18 January to 16 February 2019, to mark the publication of "Inferno", the tenth volume in Tillier's Lament of the Lost Moors series.
In this new album, the witches rebel, refusing to allow their fellow witch Brynia to form an alliance with the queen and help her son Elgar to become the next king. They believe that it is Vivien, the king's bastard son, elected by the Inferno Flamina, who should mount the throne instead. Sanctus slays Brynia in a fit of anger. Resolving to avenge her death, Brynia's sister, who lives in the castle, forms a terrible plan: to waken Tête noire, that creature whose very name is a source of dread to all living beings.
Few artists can match her precise drawing style or her facility in the use of colour. Each plate, in direct colour, is astonishingly detailed and plunges the reader right into the heart of the narrative.
From 9 to 26 January 2019, visitors to the Espace Rencontres at Huberty & Breyne's Brussels gallery, 33 place du Châtelain, will simultaneously be able to view a selection of original illustrations from Béatrice Tillier's earlier albums.