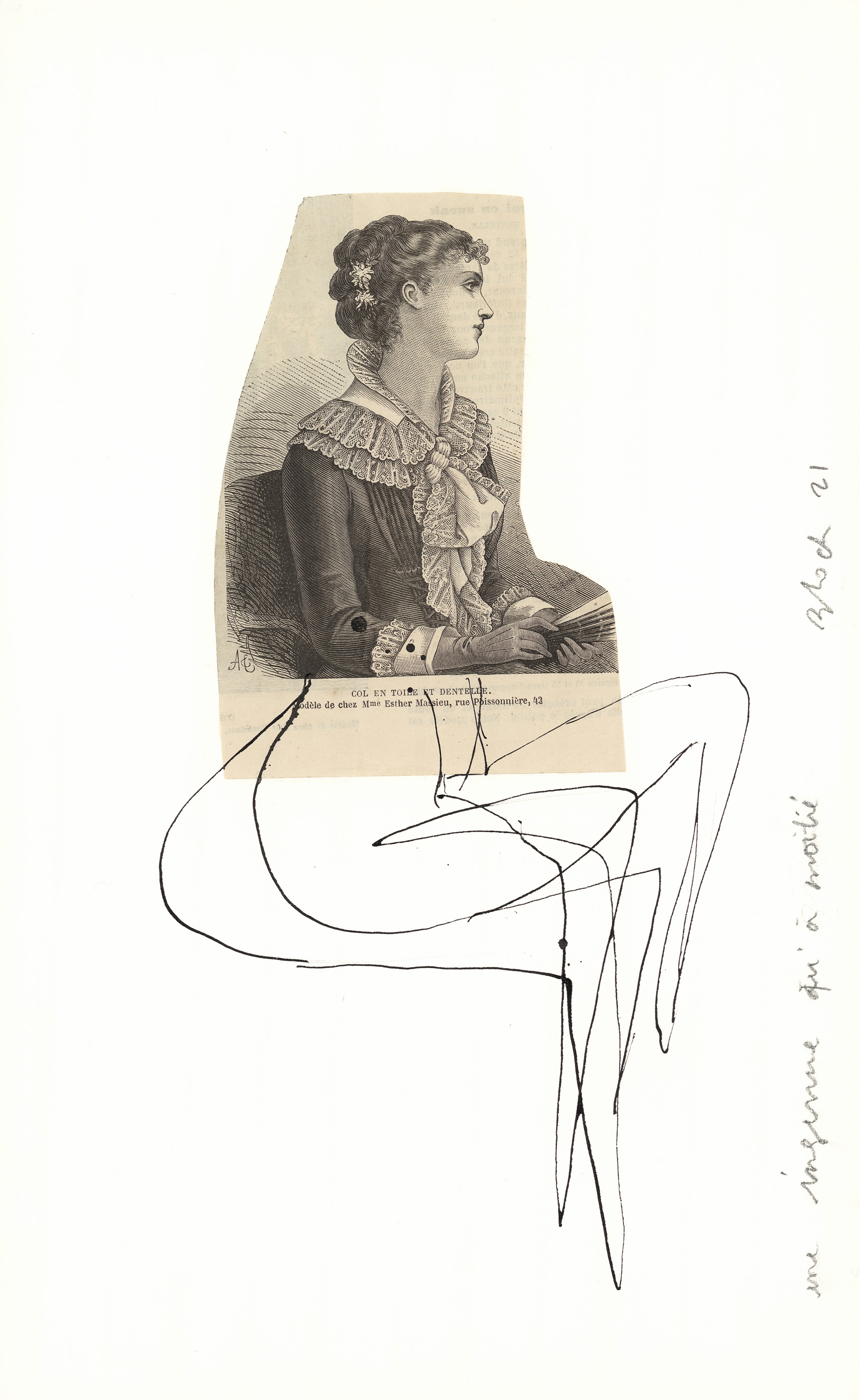 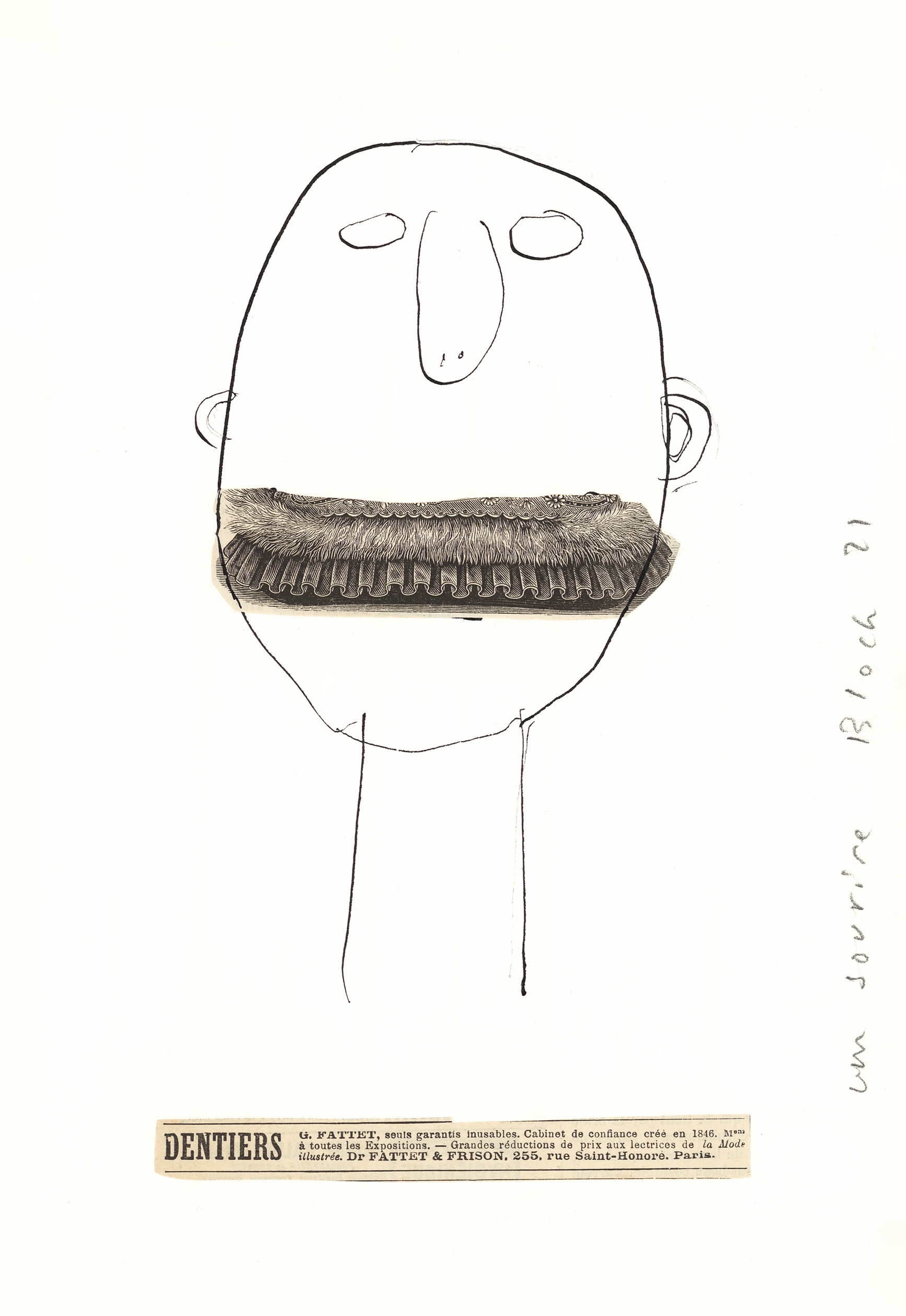 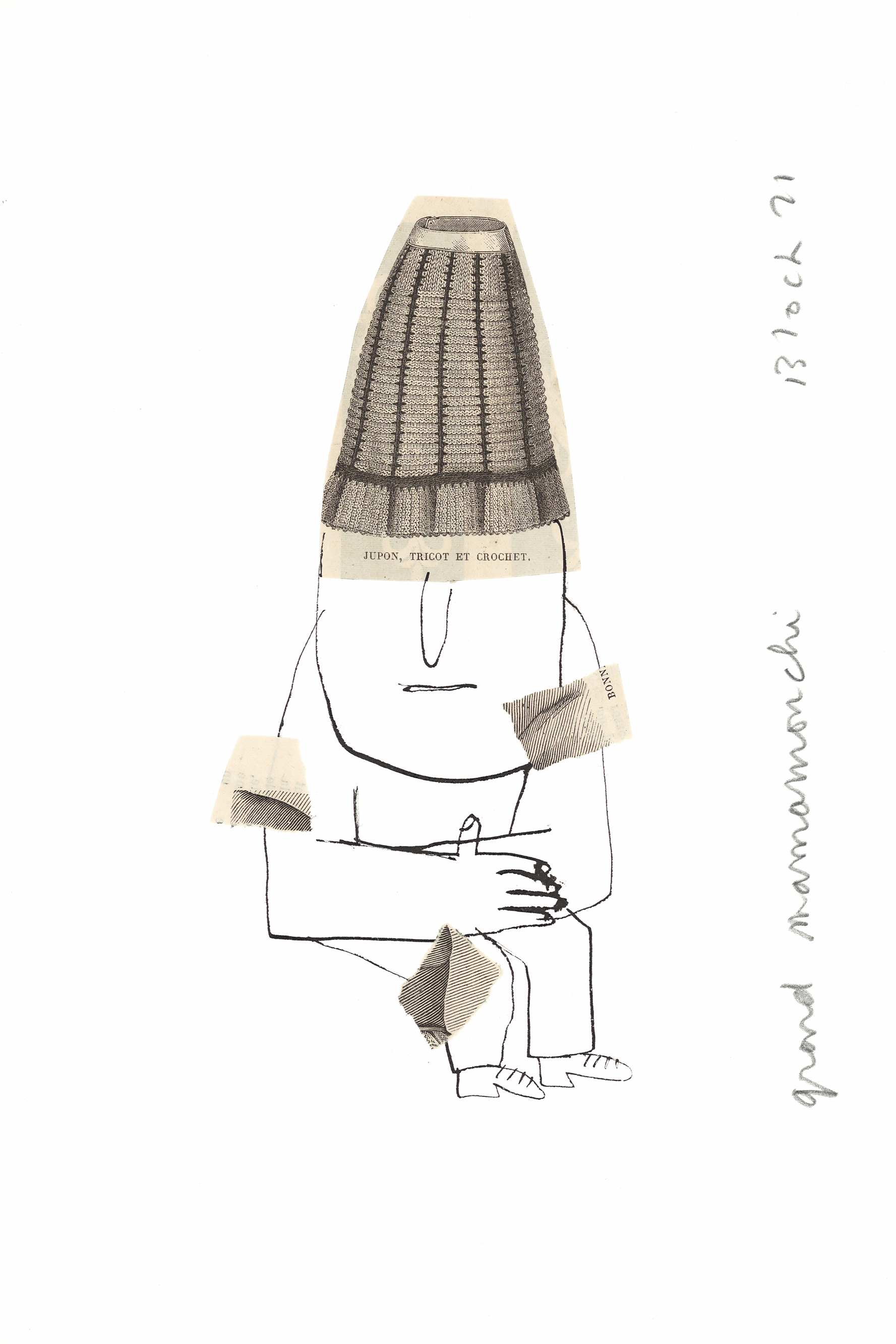 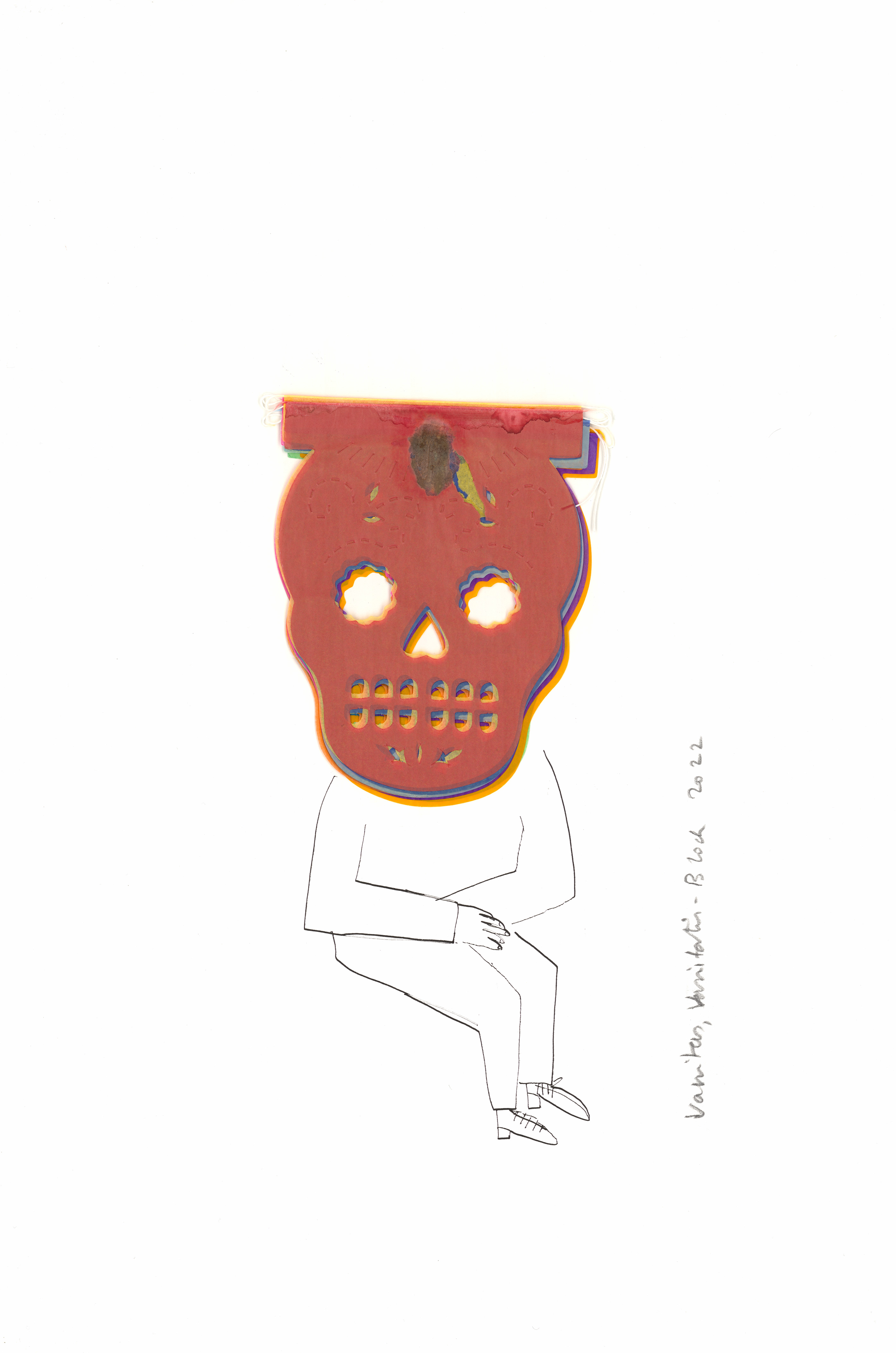 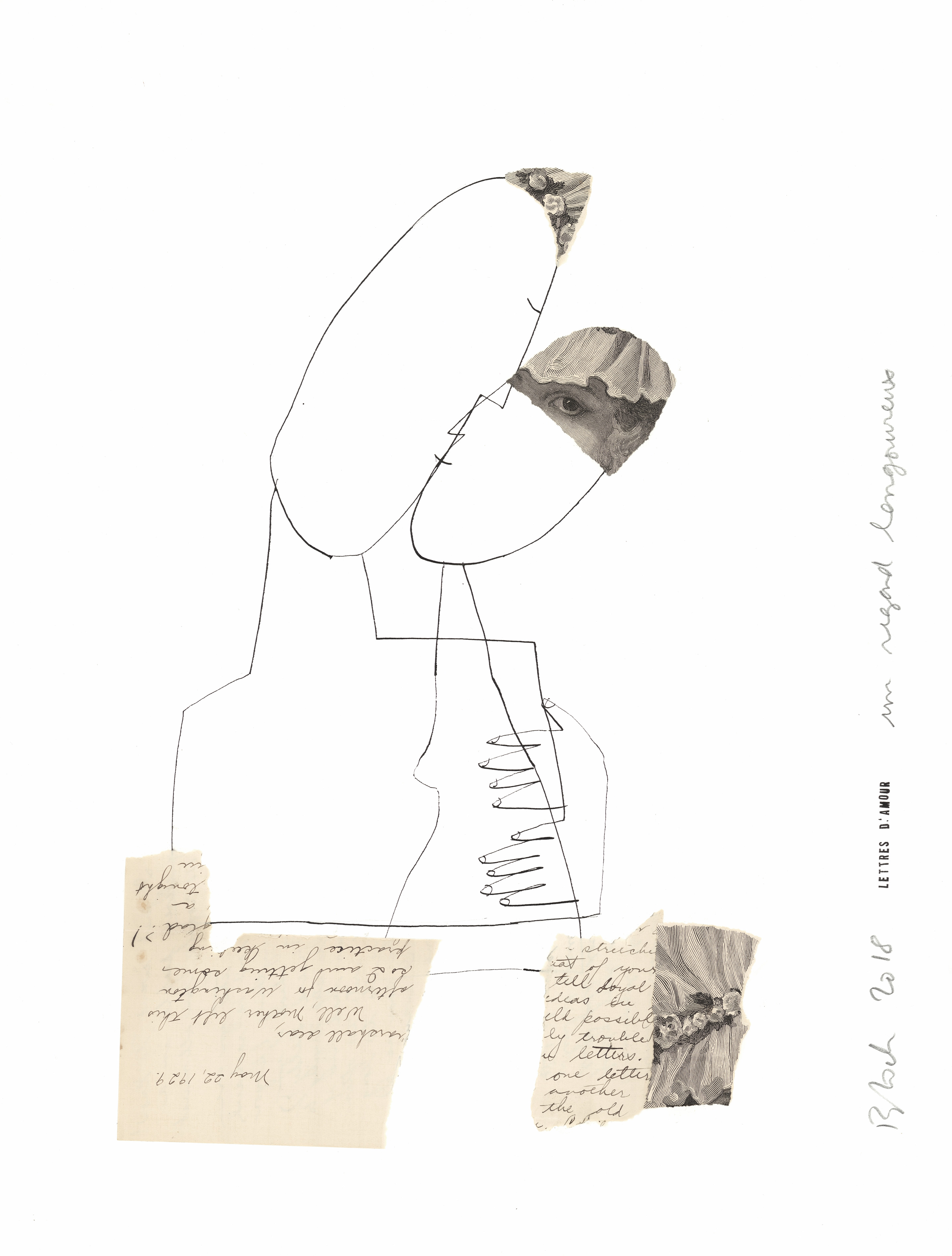 From 5 to 28 May 2022, the Les Arts dessinés gallery is delighted to be hosting the exhibition Cocotte minute/Collages celebrating the work of artist Serge Bloch. On show will be 48 cheerful and wacky images, together with a catalogue of Bloch?s drawing-collages shown at the Théâtre National Populaire (TNP) in Villeurbanne last December, which has been published specially for the exhibition.

Serge Bloch (born in Colmar in 1956) is an internationally celebrated illustrator and author. He began working with children?s books in 1976, while he was studying at the School of Decorative Arts in Strasbourg, and has gone from strength to strength since that time. The creator of SamSam, Zouk and Max et Lili, he has been the recipient of numerous prizes, including the Baobab Prize at the Montreuil Book Fair, the Bologna Ragazzi Award, the Bernard Versele prize and a Gold Medal from the Society of Illustrators in New York City. Bloch currently lives in Paris and divides his time between illustrating books for children and adults, newspaper publishing (The Washington Post, The New York Times and Télérama), advertising work, poster design and his own personal projects and exhibitions. He has worked for top-flight brands such as Hermès, Samsung and Mondial Assistance and been responsible, over the course of several years, for creating the visual identity of the Théâtre Gérard Philippe (TGP) in Saint Denis ? something he is currently also doing for the TNP in Villeurbanne.

Serge Bloch has frequently been involved with the Centquatre cultural centre in Paris, collaborating on shows such as Histoires de Gorille and exhibitions such as Il était plusieurs fois. In 2020, he created the interactive exhibition Les Boîtes à rire for the centre.

?What interests me about collage?, says Bloch, ?is the contrast, the point of contact between the line I draw and the object I glue or the graphic element I insert.?

The majority of the works on show have been made using pieces cut from old newspapers, as in the case of La Bonne Famille, but also elements in relief, as in Le Dentier. For Le poisson rouge, the artist has incorporated an actual soda can in his drawing. His works are like exquisite cadavers that tell a story, recreating a dialogue between cut-out, collage and drawing.