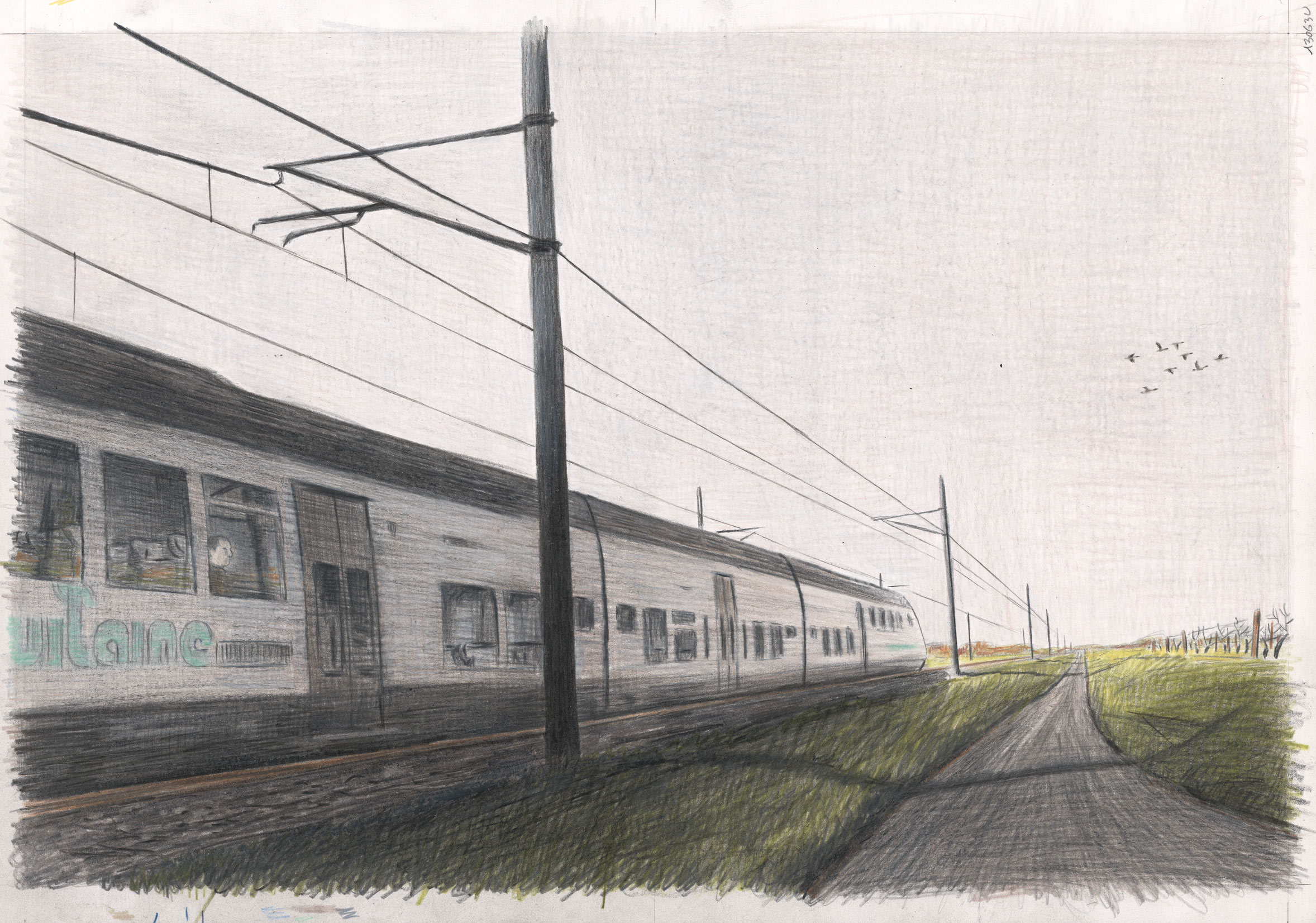 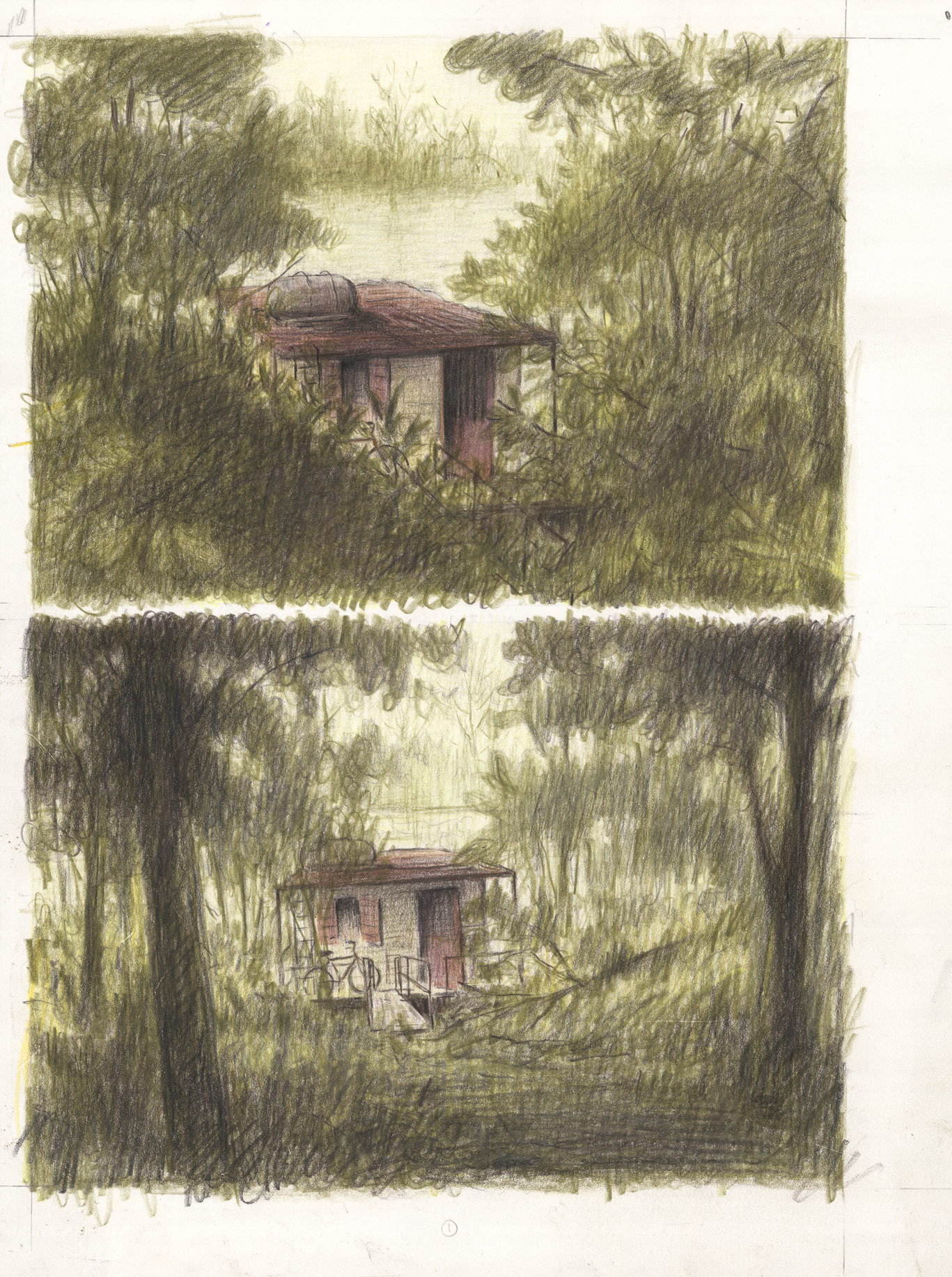 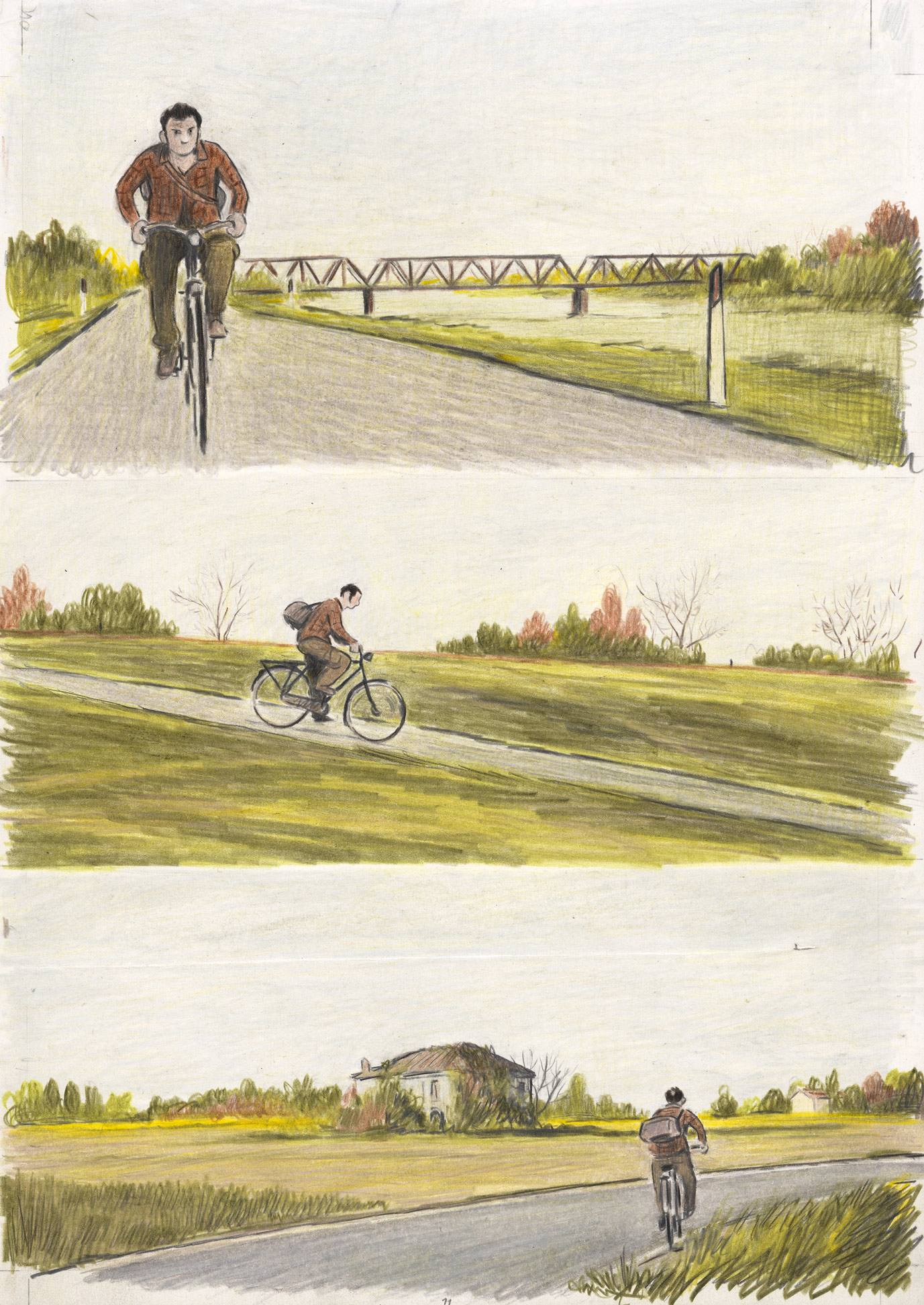 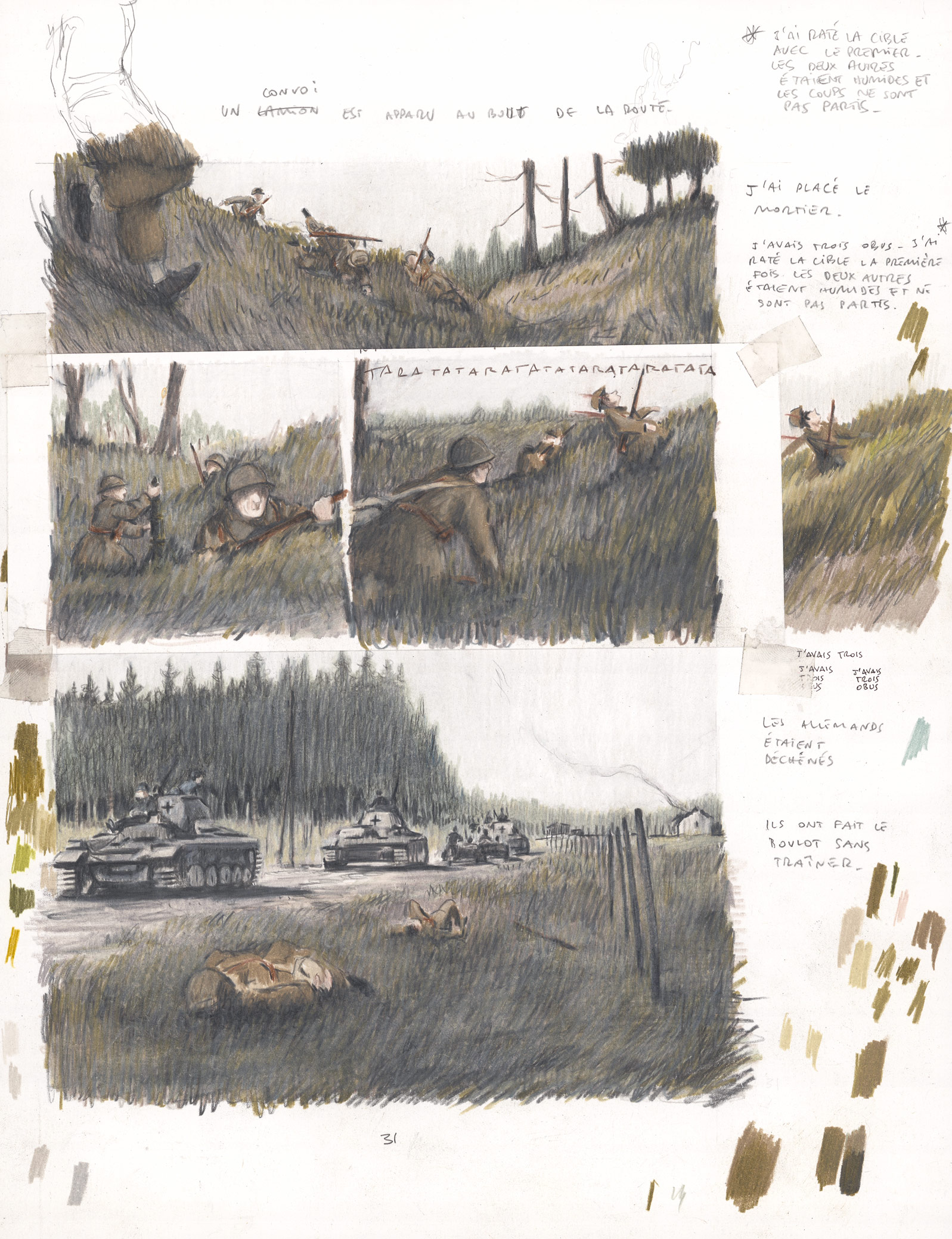 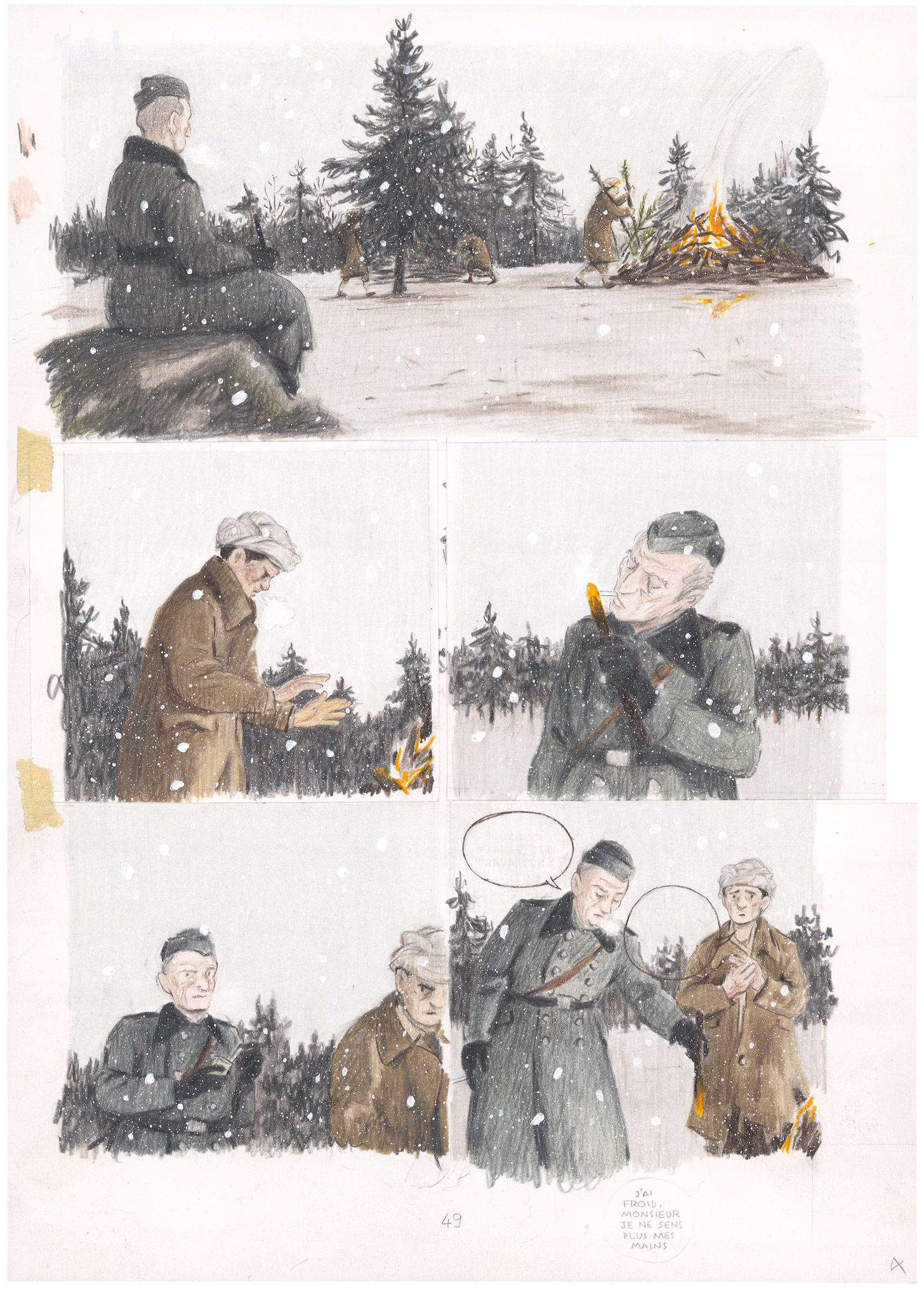 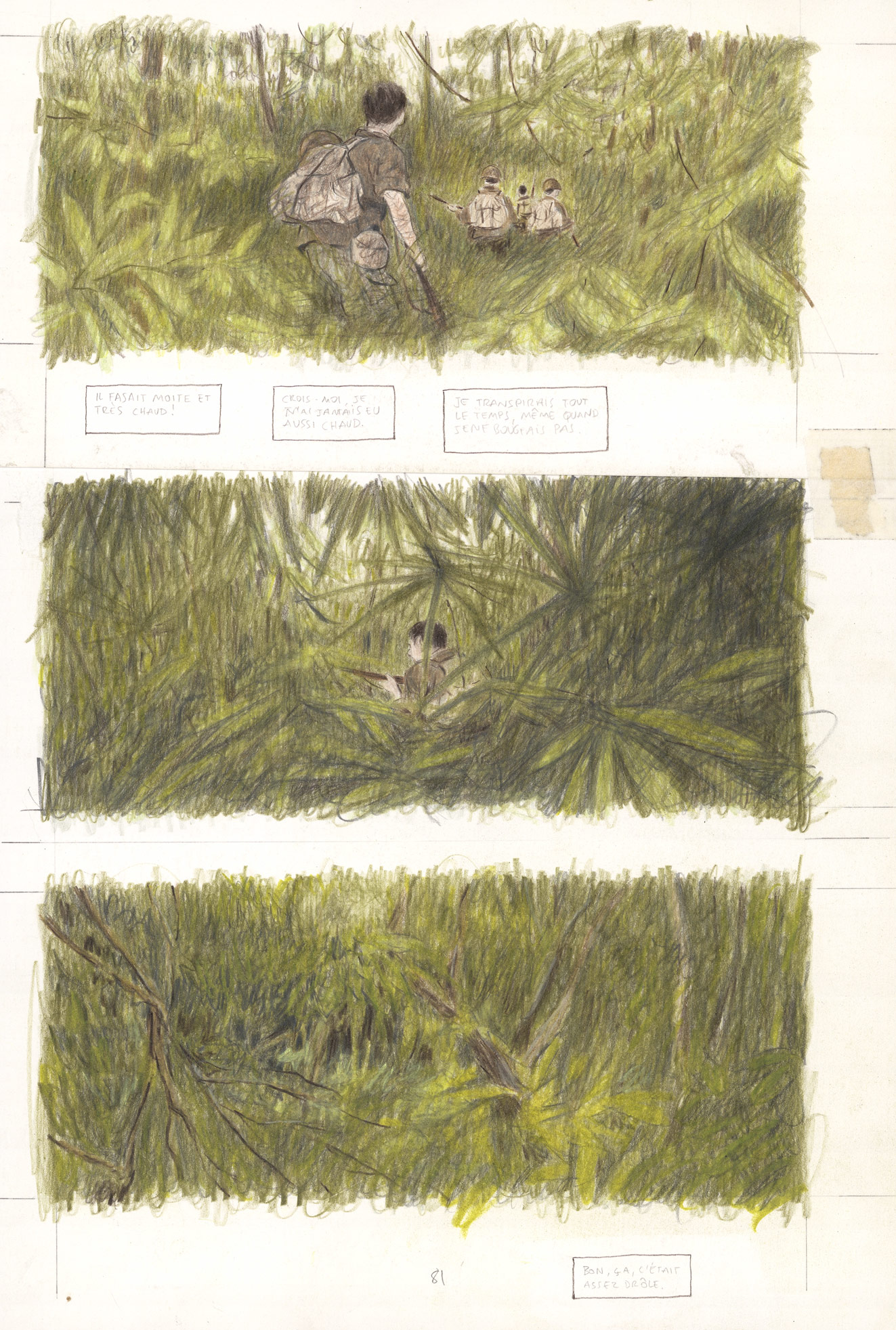 The Huberty & Breyne's Brussels gallery is delighted to be hosting an exhibition dedicated to the work of Piero Macola. The exhibition entitled Regards runs from 28 April to 14 May 2022.

Piero Macola is an Italian comic book writer and illustrator who studied comics in Brussels before moving to Paris.

His first album, Aller simple, published in 2005 (Vertige Graphic/Coconino Press), is the journal of an Italian lieutenant in 1943, at the time of the first Allied landings in the south, with Italy anticipating defeat but still refusing to surrender.

Dérives, published in 2010 (Atrabile), focuses on the conflict between a small-scale fisherman and the big trawlers that threaten his livelihood.

In 2014, Futuropolis brought out Le Tirailleur. A collaboration with Alain Bujak, it tells the story of an ex-skirmisher who was seized from his home country of Morocco at the age of 17 but never received compensation from France.

Macola and Bujak followed this, in 2017, with Kérosène, the story of a gypsy encampment in France due to be broken up to make way for a military base.

In 2019, Macola published Les Nuisibles, the touching story of two men living on the margins of society ? and his first album written in French.

The original plates of these last three albums share the same graphic technique and will be on display to visitors to the Brussels exhibition.

Piero Macola is an unrivalled colourist. With his colour pencils for tools, he casts his benevolent eye over those whom society marginalises and overlooks, the invisible ones, telling their story with great sensitivity and empathy.

Using strong, bold lines, or conversely the most delicate touch, Macola gives us the truest of pictures of these everyday heroes.