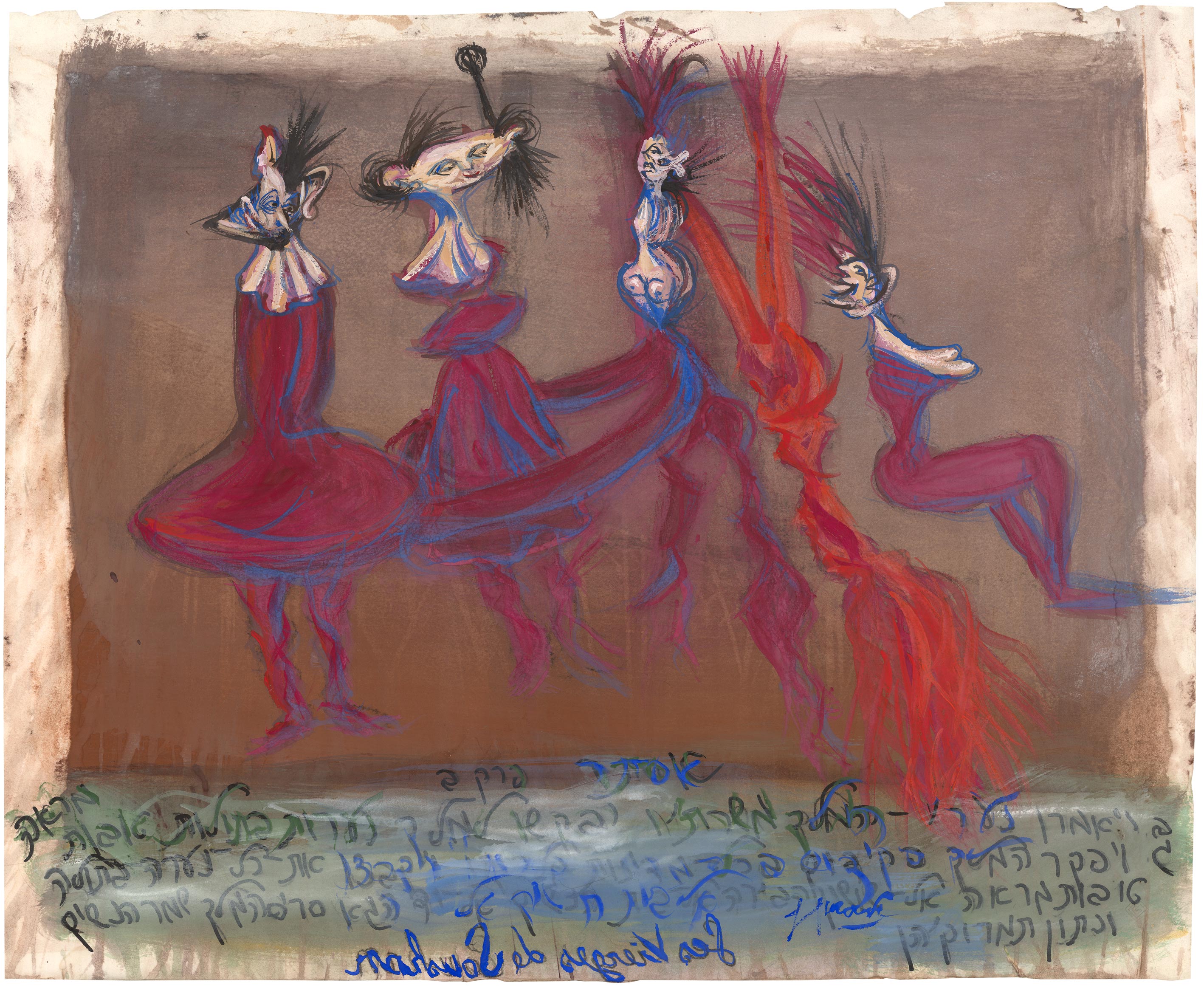 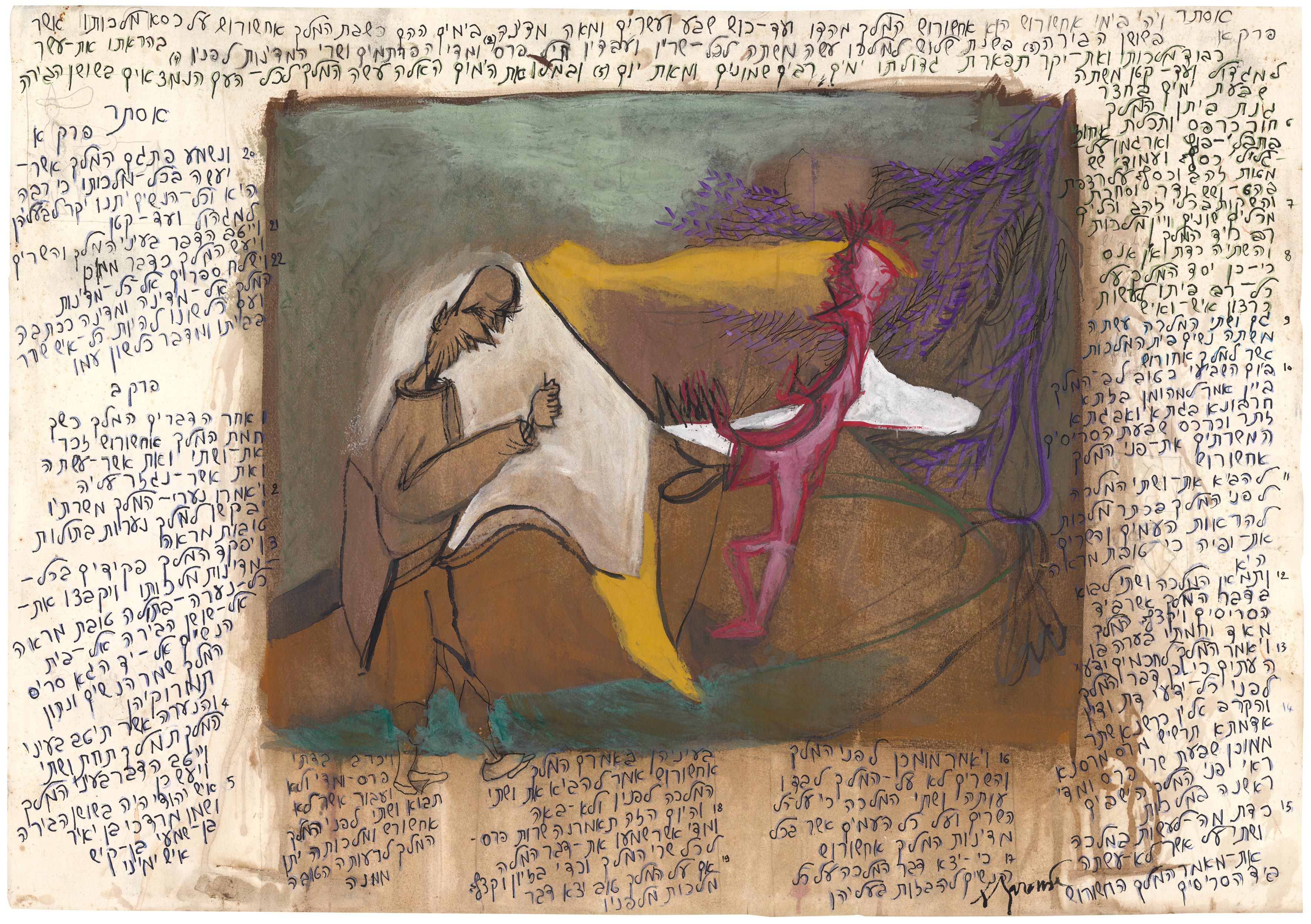 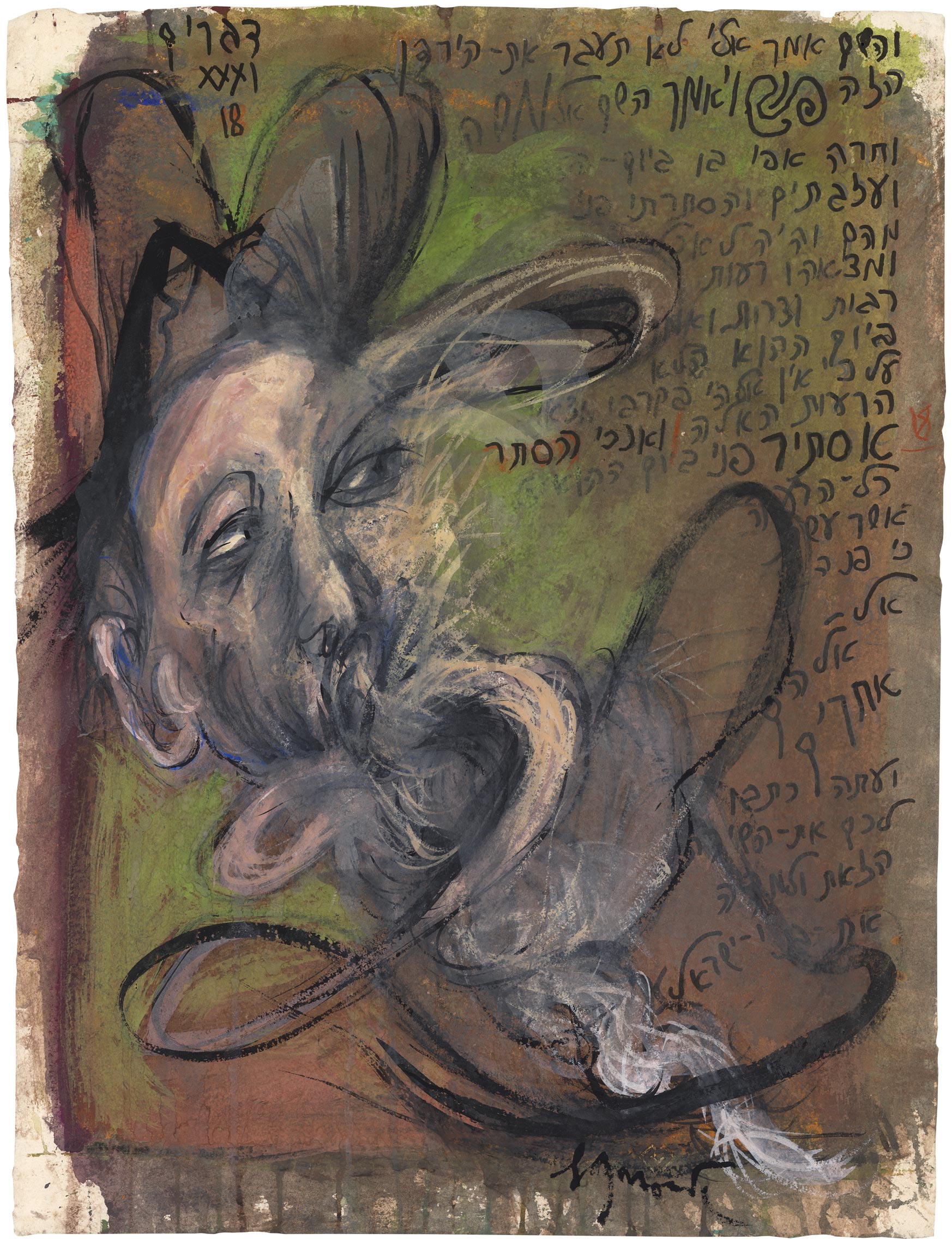 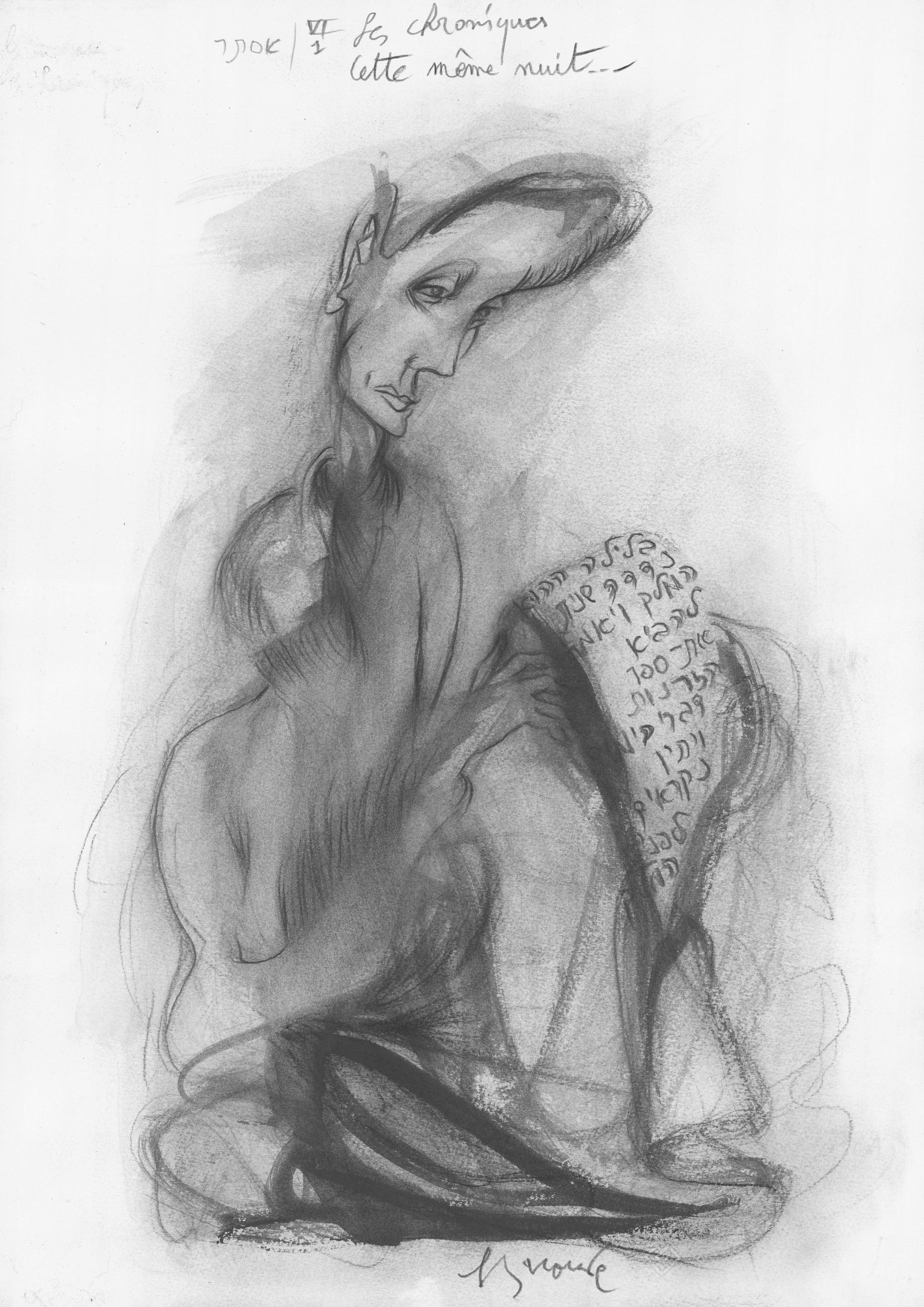 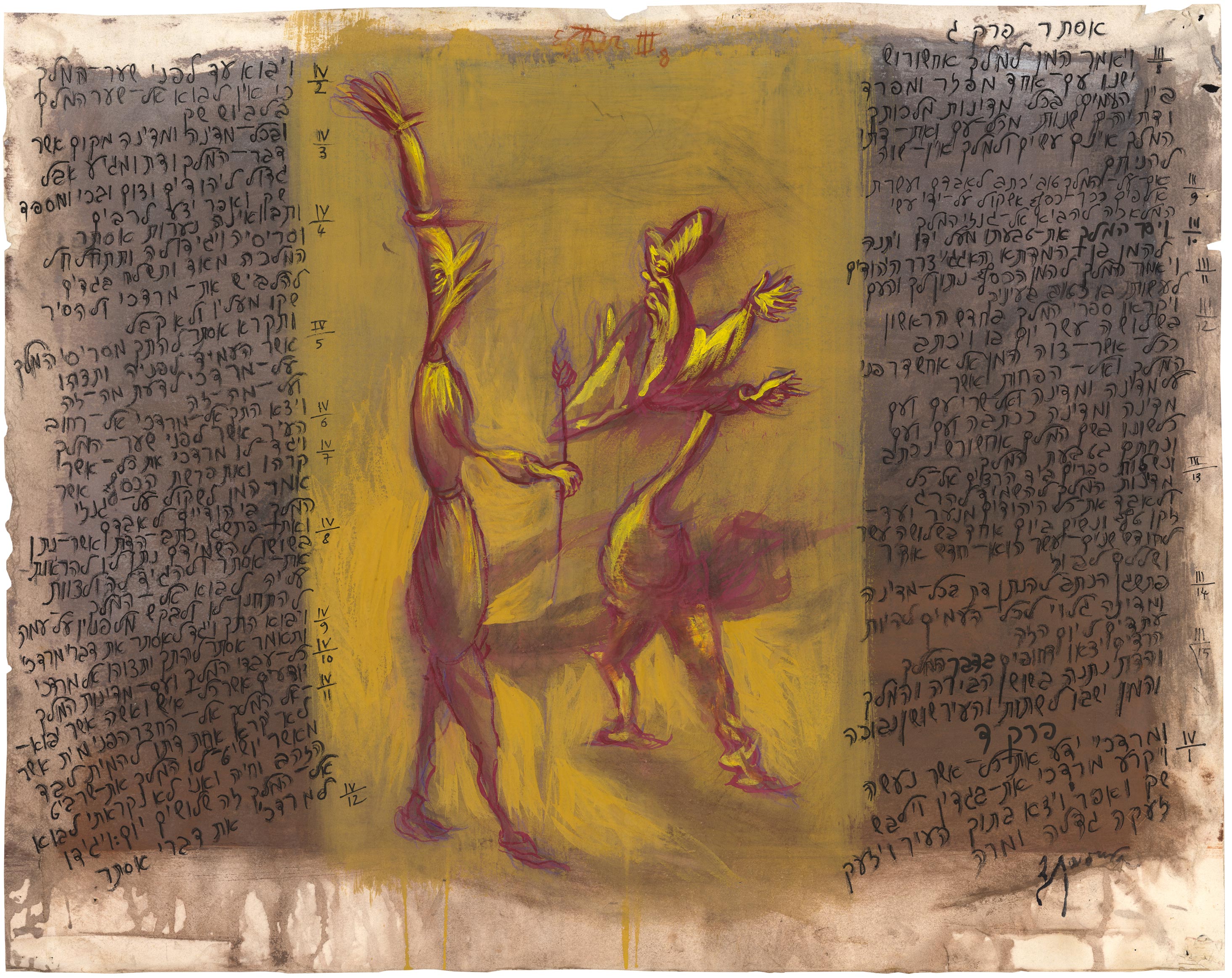 From 9 September to 1 October 2022, Les Arts dessinés are delighted to be hosting an exhibition devoted to the artists Gérard Garouste and Édouard Cohen. The gallery will be showing some forty works relating to La Méguila d'Esther  "The Book of Esther" including original drawings by Gérard Garouste and scripts by Édouard Cohen in addition to several large scrolls collaborative works by the two artists demonstrating their respective techniques. This exhibition echoes the retrospective dedicated to Gérard Garouste by the Centre Pompidou, due to run from 7 September 2022 to 2 January 2023 and whose key work also relates to La Méguila d'Esther.

Gérard Garouste was born in Paris in 1946 and currently divides his time between Paris and Normandy. One of the most celebrated French artists working today, he spearheaded the return to a figurative style of art in the early 1980s and gained institutional recognition in 1987 when he simultaneously exhibited at the CAPC in Bordeaux and the Fondation Cartier in Paris. Since the early 1990s, Gérard Garouste has been producing powerful figurative works inspired by the Bible and other essential literary texts. In the world of art criticism, he is considered a key figure of post-modernism.

Édouard Cohen was born in Sèvres in 1987 and divides his time between Boulogne and Normandy. He began painting, day and night, at the age of sixteen. In 2012, he produced a series entitled "Espace", some thirty lunar paintings, executed using a rag and revealing a world peopled by strange and haunting beings. Édouard Cohen says he is fascinated by the (sur)realism of Salvador Dali and Gérard Garouste, whose work he admires profoundly.

For the purposes of this new collaborative exhibition, Gérard Garouste invited Édouard Cohen to reinterpret La Méguila d?Esther, one of very few illustrated manuscripts. The younger artist has reinvented the script while Garouste has reinterpreted the myth through painting and drawing. "Méguila" carries the sense of an "unveiling" and "Esther" means "hidden". So, what we have here is the unveiling of a secret, a myth in which God does not exist: a story inviting numerous readings, freedoms and interpretations.

Come and meet Gérard Garouste and Édouard Cohen on Saturday 24 September between 2.00 pm and 5.00 pm