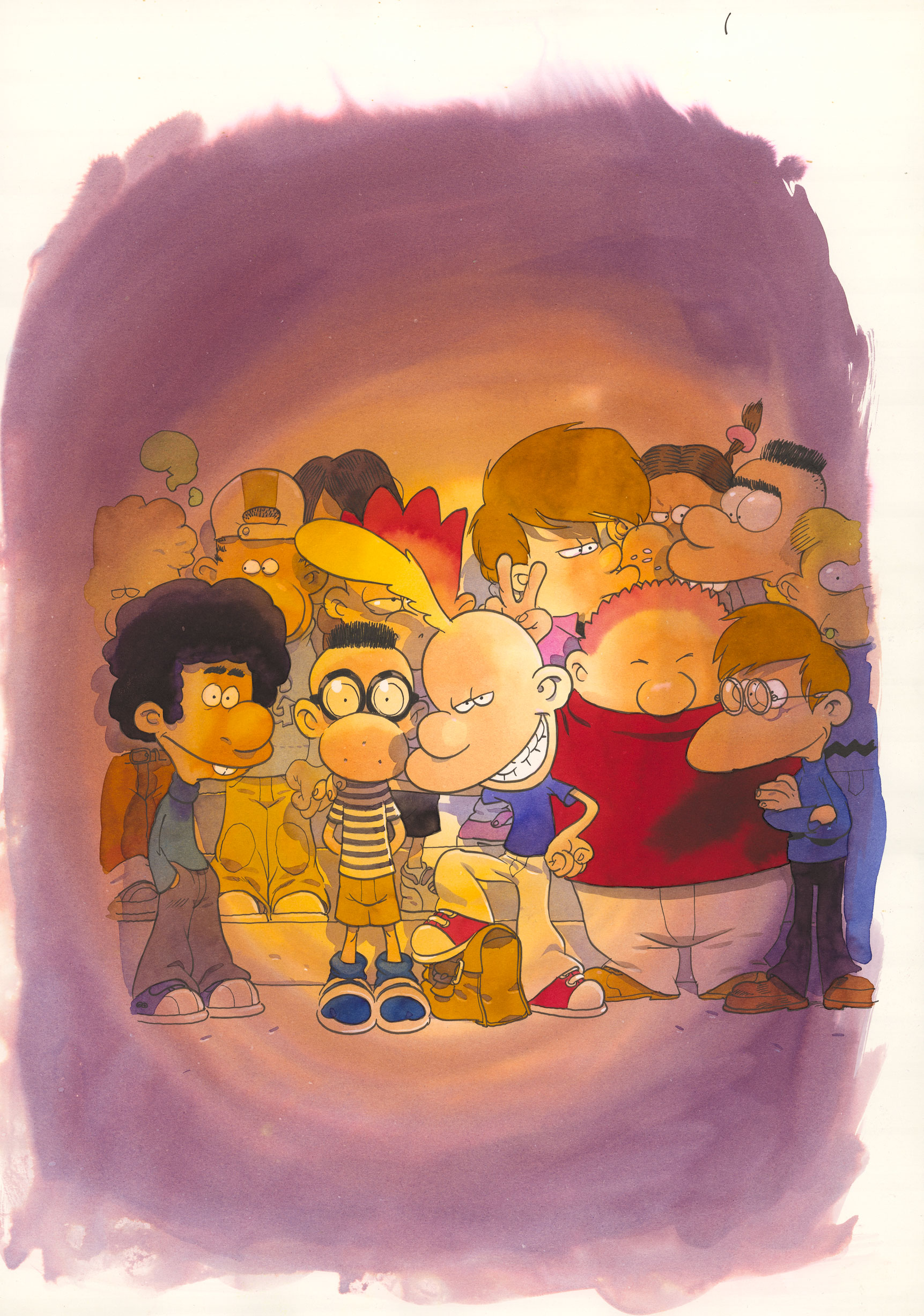 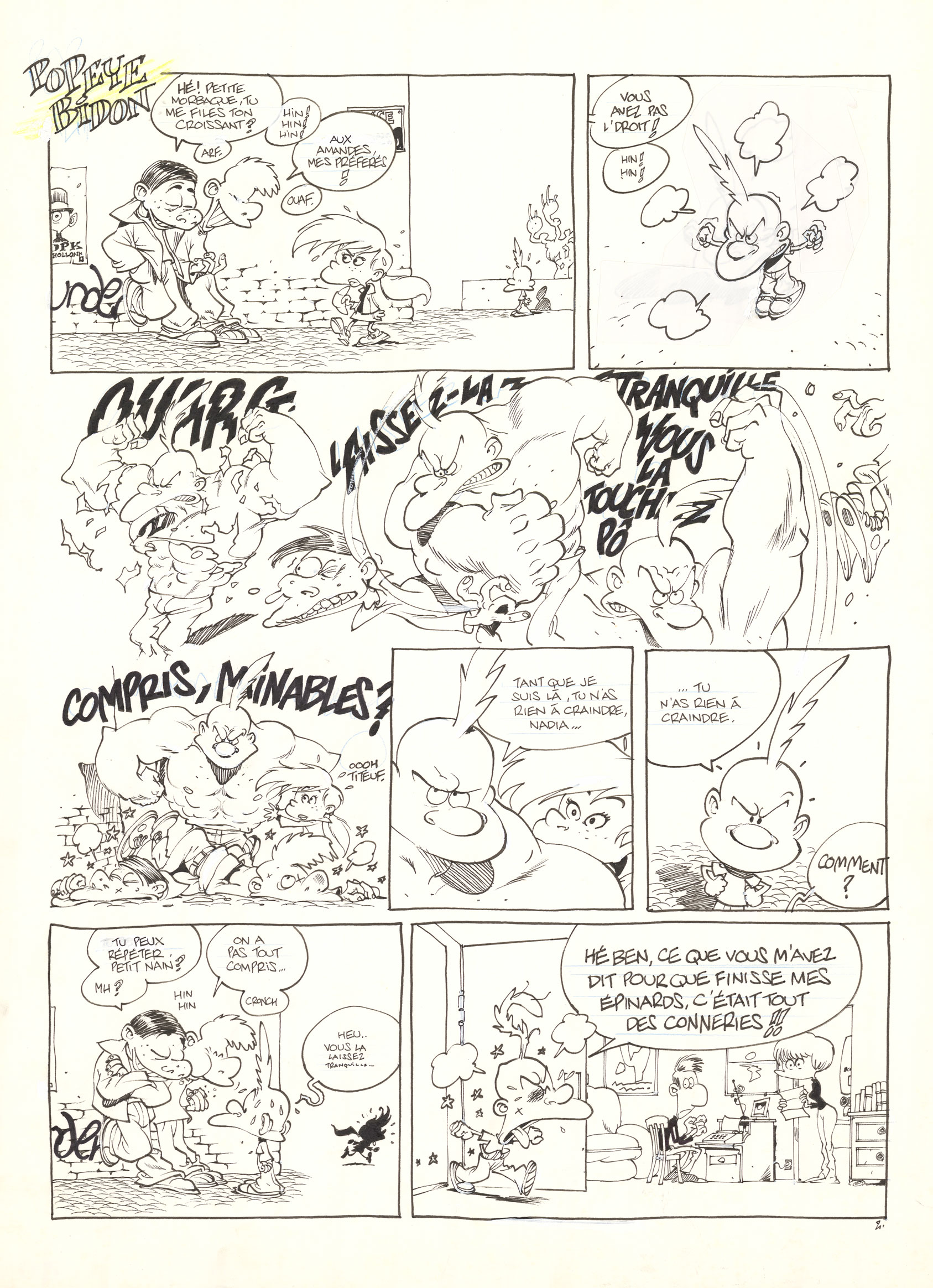 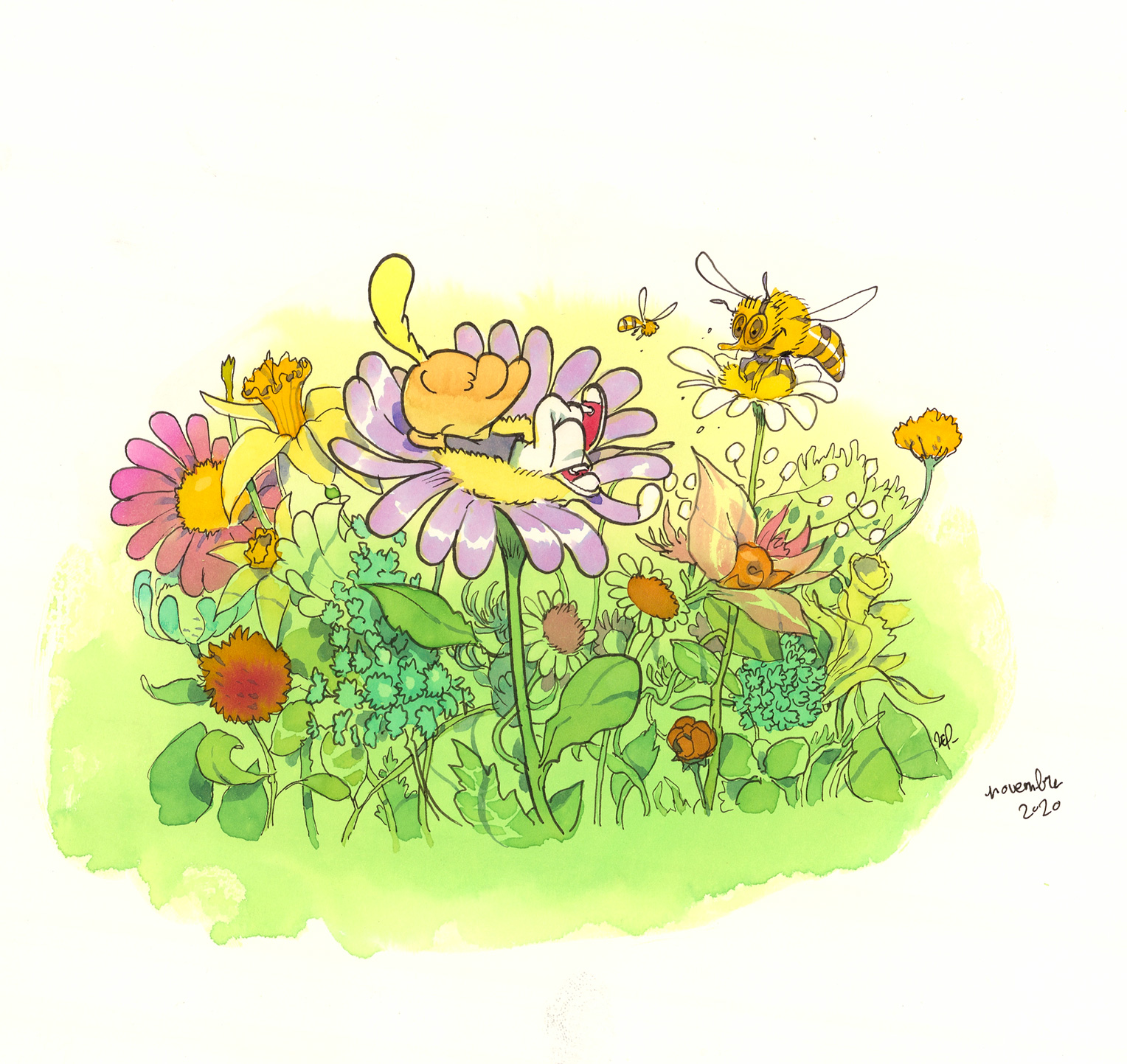 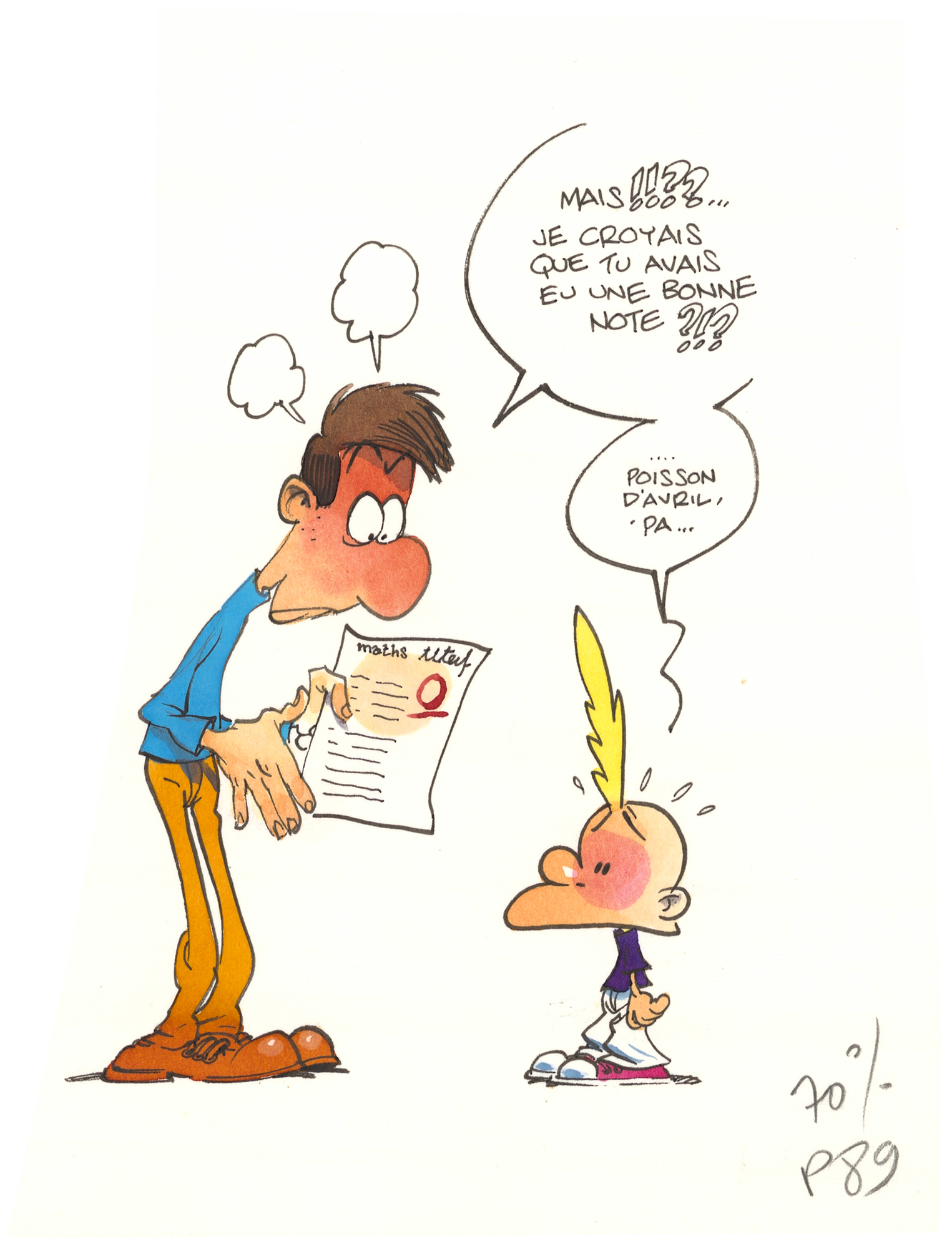 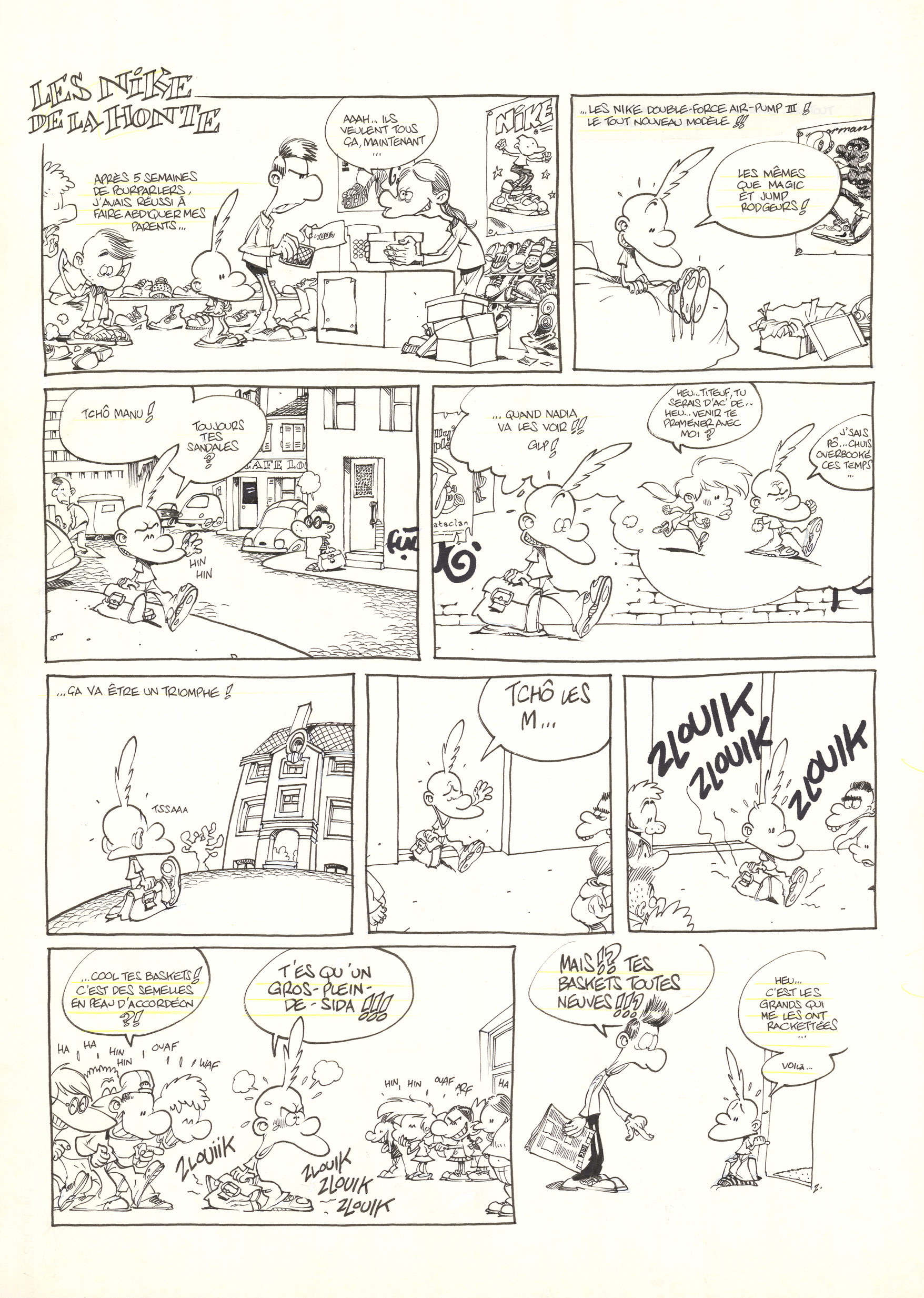 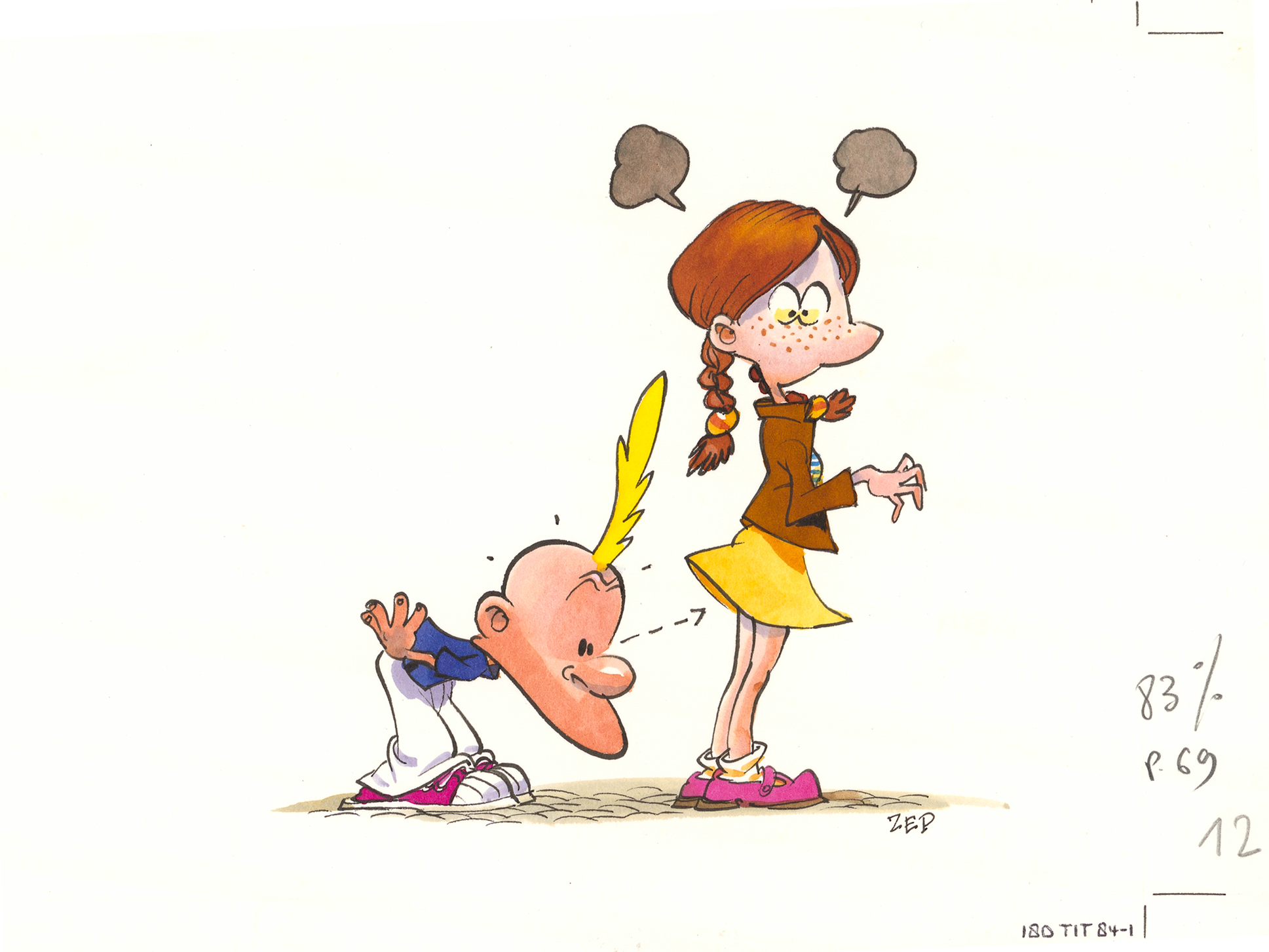 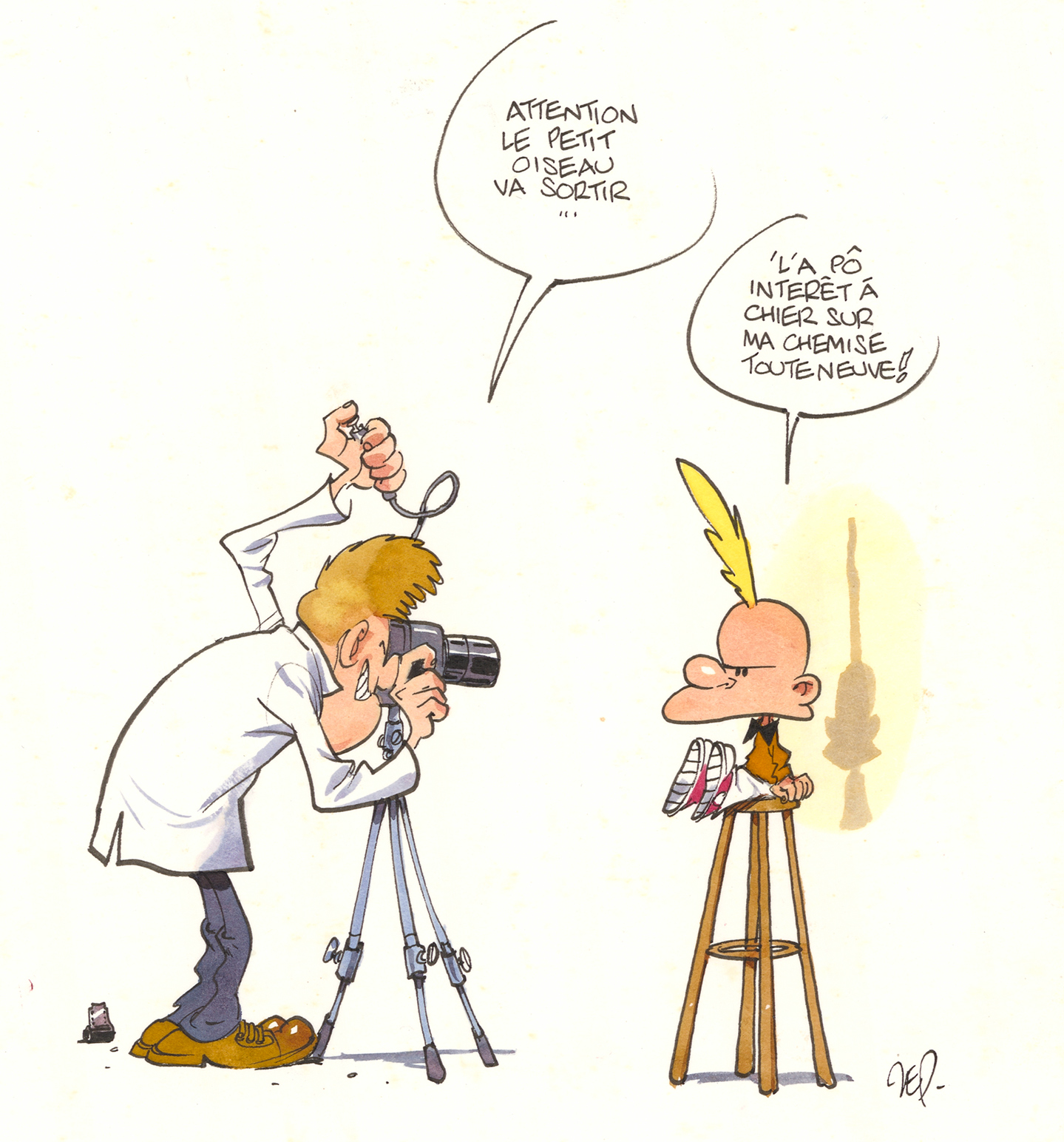 The Huberty & Breyne gallery is delighted to announce its forthcoming exhibition "Titeuf, 30 ans de dessins", due to run from 2 December 2022 to 21 January 2023.

This is an exceptional exhibition in more than one respect. It marks three decades of artistic activity by Zep, the creator of Titeuf, and brings to the market works of rare originality. To date, more than 20 million copies of Titeuf have sold worldwide and the adventures of Titeuf have reached more than 25 countries, including China. The exhibition, which coincides with the publication by Éditions Glénat of Zep's Titeuf, le livre d'or, 30e anniversaire (cf. below) is also remarkable from an educational perspective, since it offers children the opportunity to observe the various stages in the creation of a comic, from first rough sketch to original inked plate.

Brought together are a selection of drawings illustrating the life and graphic journey of Zep's famous comic book hero, including preparatory sketches, covers, original plates and promotional drawings from 1993, the year of Titeuf's creation up until today. This exceptional selection enables the viewer to follow the evolution of the drawings and to see how, with the production of each new album, Zep has consolidated his drawing style in the service of a wonderfully accomplished graphic narration.

Specially for the exhibition, the Huberty & Breyne gallery is bringing out a poster showing an original unpublished drawing by Zep, in two different editions, including a luxury edition. Three hundred copies of Titeuf, le livre d'or, published by Editions Glénat with a new cover, will also be offered for sale, some of them signed by Zep.

Since he was first created in 1993, Titeuf has been enchanting generations of readers across the globe. The character was the product of random scribblings in a sketchbook when Zep was delving into memories of his childhood. Taking his inspiration from his own life, the author has succeeded in creating a rich, moving and funny universe in which we can all see ourselves reflected. Delicately and elegantly, Titeuf plunges us back into childhood, taking us through a vast sweep of emotions, from laughter to melancholy and tenderness. His stories, in the form of gags, often have a bitter-sweet quality, especially when they deal with important themes like racism and unemployment... whereas stories of playground antics and budding romances unfailingly provoke a laugh.

Celebrated today as a key figure in the world of comic books, Philippe Chappuis, aka Zep, was born on 15 December 1967 in Onex, in the canton of Geneva. In 2004, he was awarded the Grand Prix de la ville d'Angoulême for lifetime achievement. At the time of creating Titeuf, Zep would have had little idea just how iconic his character would become: he could not have known that he would be a genuine publishing phenomenon. In 2004, Zep teamed up with Tébo to launch the Captain Biceps series, adapted and broadcast on France 3. He revived the collaboration in 2008 with the publication of Comment dessiner ? and the same year he collaborated with Stan and Vince on Chronokids, which chronicles the adventures of two children who have the ability to travel back in time. In 2011, volume 3 in this series received the prize for best children's series at the International Comics Festival in Angoulême. In 2009, Zep published Happy Sex (Delcourt), aimed at a more adult audience, and followed this with Happy Girls and Happy Rock.

He wrote and produced the film Titeuf, which was launched in April 2011. In September 2013, Zep published Une histoire d'hommes, a very different sort of offering, an album with straightforwardly realistic graphics that investigates the buried passions and desires of a group of erstwhile musicians. The following year, Zep returned to humour with Happy Parents, an album about parent-child relationships that is both funny and touching, as well as a special Chronokids album focusing on the great inventions of History. In 2014, in addition to the 14th Titeuf album, Bienvenue en adolescence !, Zep published an erotic work with drawings by Vince, Esmera (Glénat). He continued to explore more realistic narratives with Un bruit étrange et beau, which can be seen as an ode to freedom and simplicity.

In 2018, he flirted with science fiction and esotericism in The End and the following year wrote Paris 2119, with drawings by Dominique Bertail. In 2022, he published Ce que nous sommes, a transhumanist thriller for which he produced both the text and the drawings.