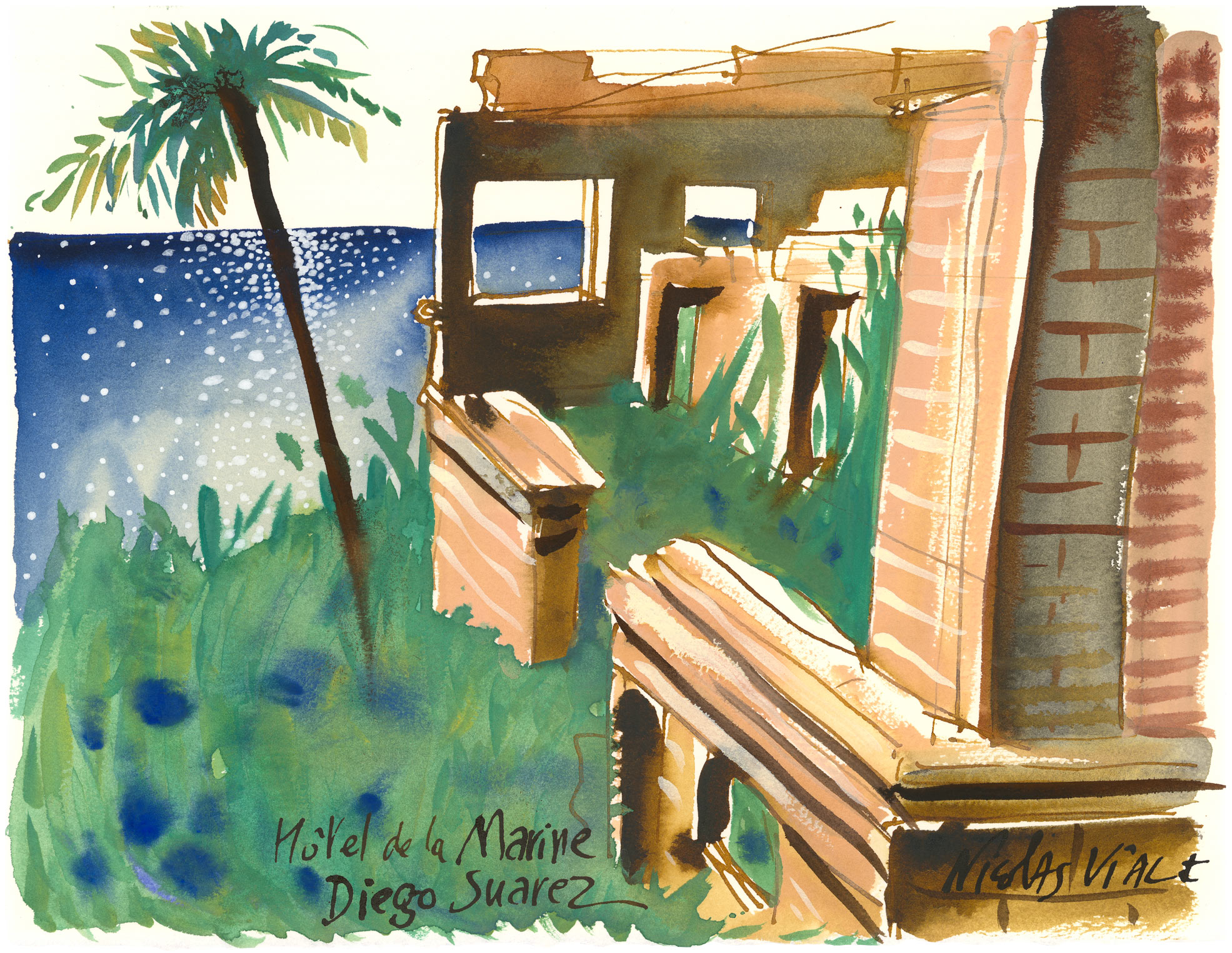 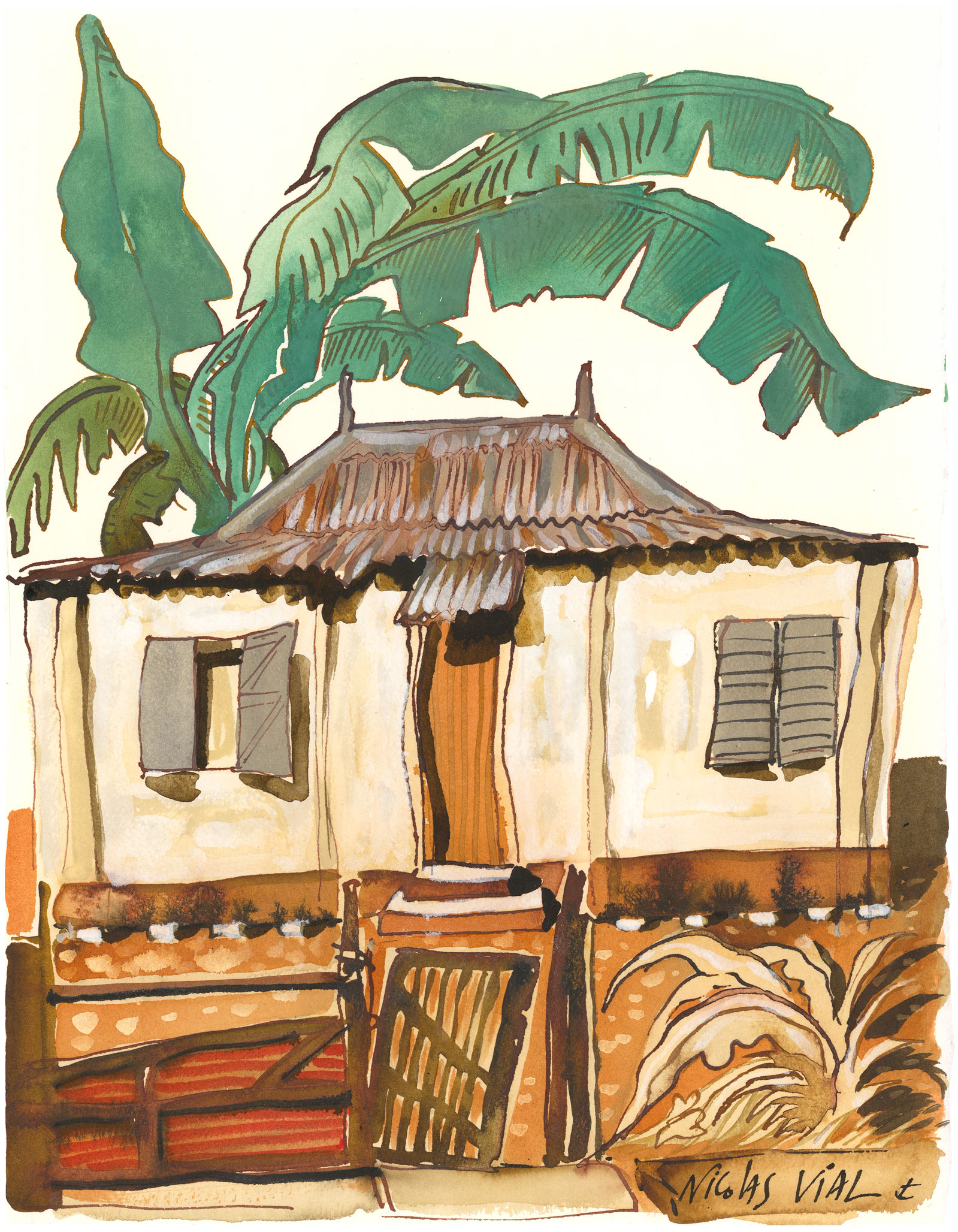 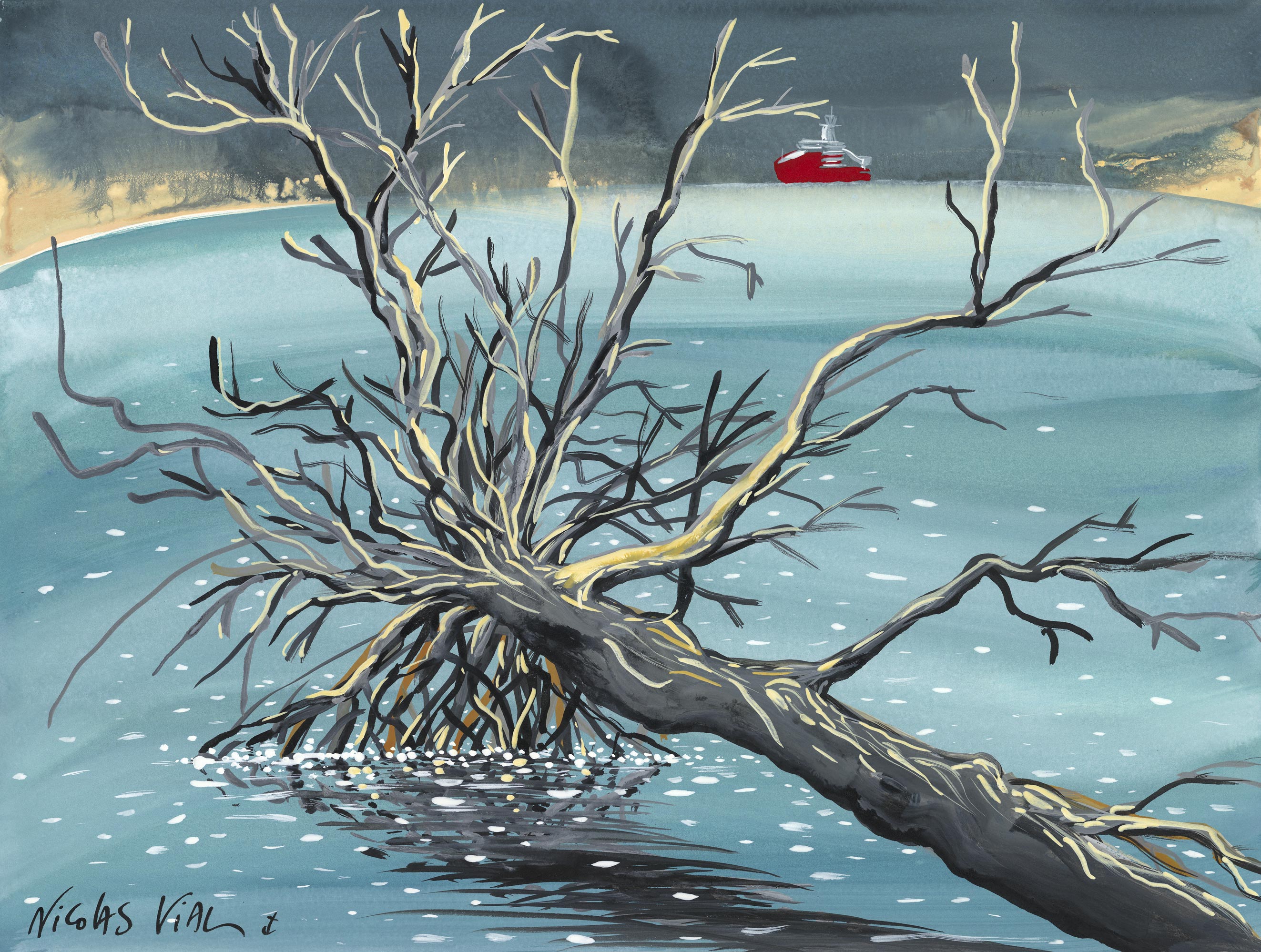 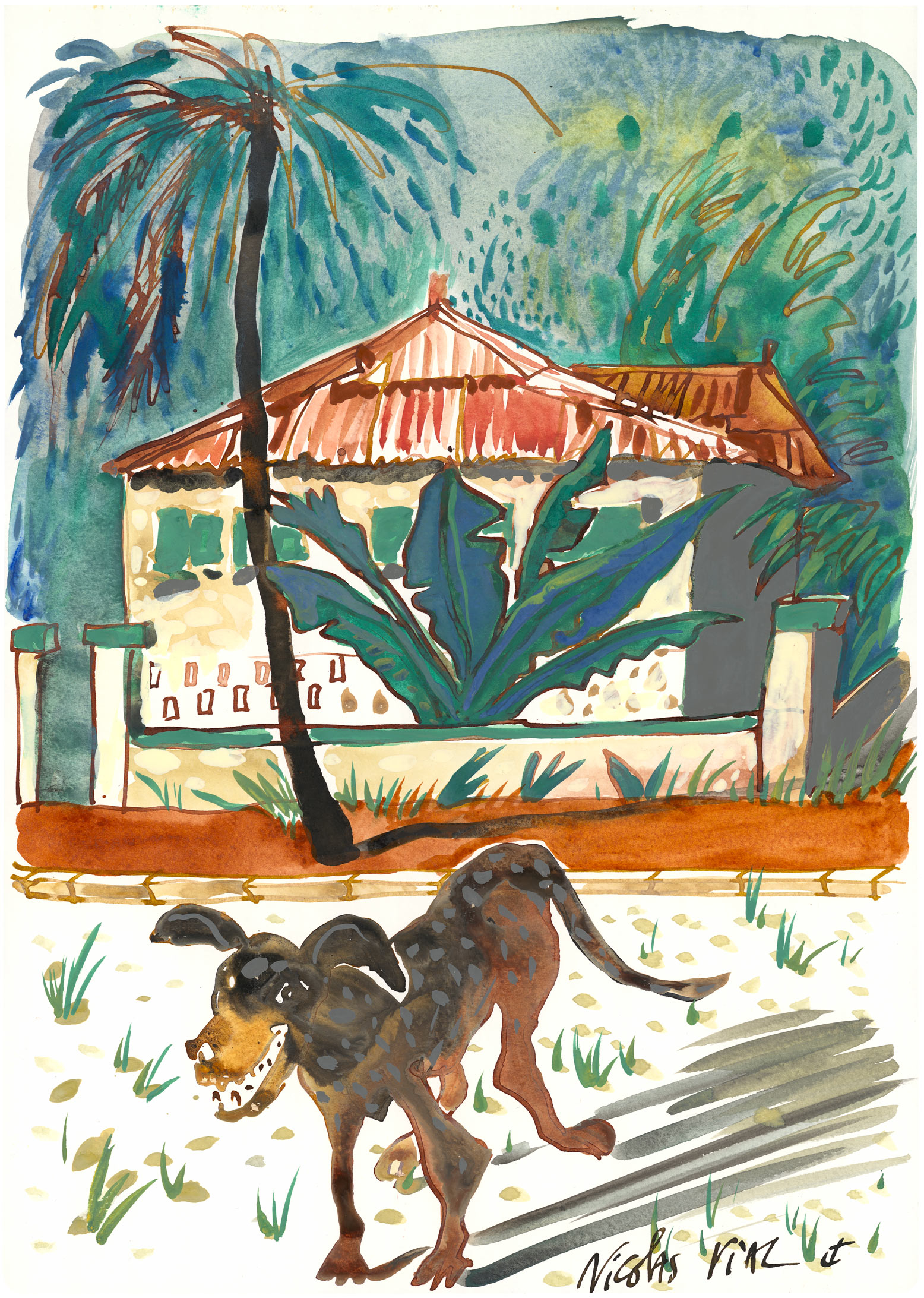 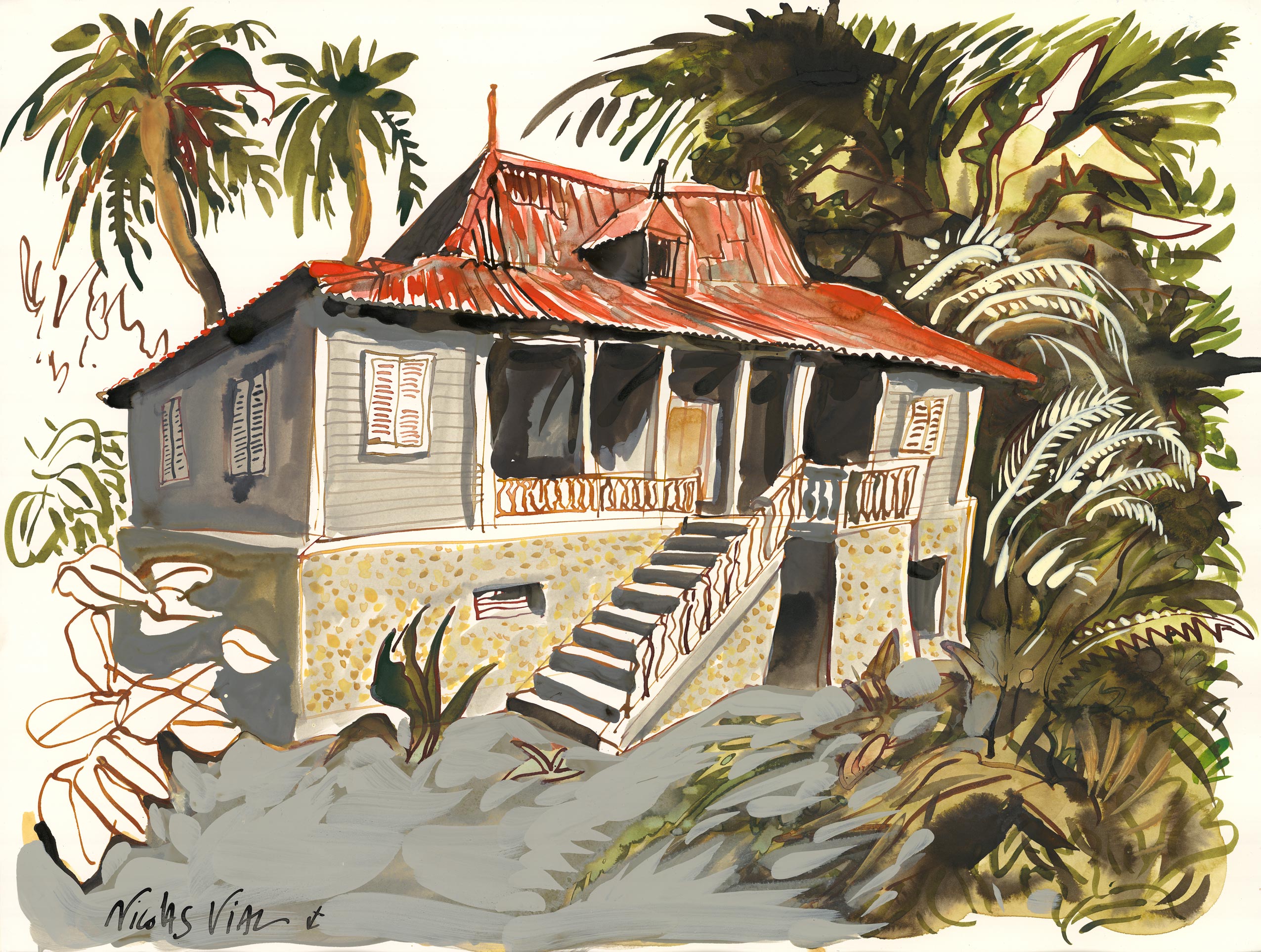 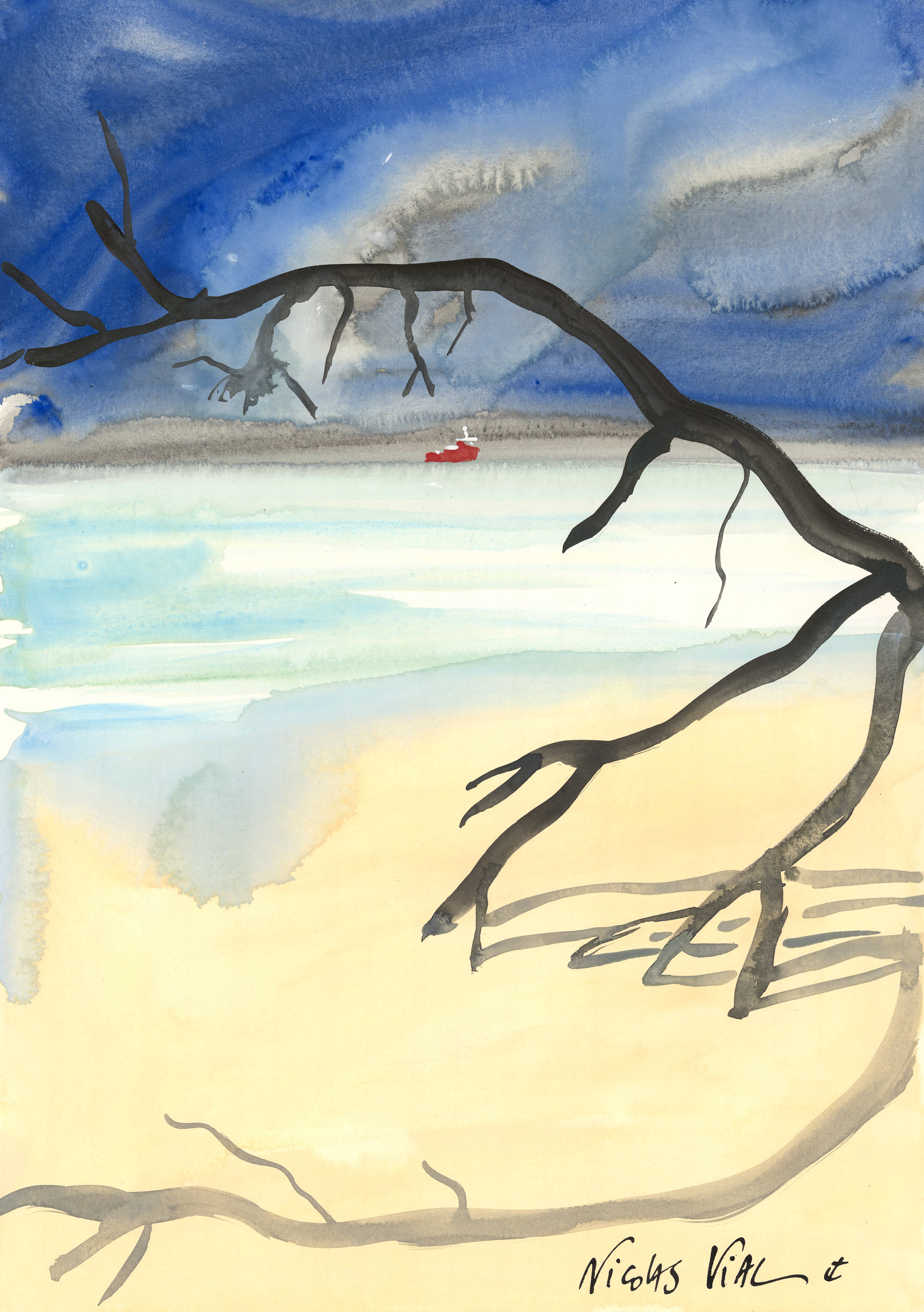 From the 20th of January to the 25th of February 2023, the Huberty & Breyne | Les Arts dessinés gallery is delighted to be hosting a solo exhibition devoted to the work of the French painter and cartoonist Nicolas Vial.

Nicolas Vial studied at the Paris School of Fine Arts. He was still a very young man when he began contributing cartoons to several major French newspapers and journals, including Le Monde, for which he produced a weekly drawing from 1982 to 2014, casting an insightful eye on social issues, politics and the environment.

Alongside his work for the press, Vial has always painted too, exhibiting in New York, Los Angeles, Venice, Trieste, Berlin, Hong Kong and Lausanne, and in 2002 France's National Maritime Museum hosted a solo exhibition of his art.

In 2008, Vial was awarded the title of "Painter of the Fleet" (Peintre de la Marine), and six years later he painted murals for several rooms in the French Maritime Museum. In 2016, he became artist in residence at the Convent of the Blind Sisters of St Paul, in Paris, creating temporary works of art there prior to redevelopment of the site.

Vial has also designed stamps for the Post Office, and posters, and illustrated a great many books. He has a particular love of Venice, the inspiration behind Plus un chat ? (Éditions du Chêne), with text by Didier Decoin.

During the pandemic, Vial produced a drawing a day (70 in total) to illustrate Éric Fottorino's "Journal du Covid-19", published as Le Temps suspendu by Éditions Gallimard.

Vial's most recent book, Un brise-glace sous les tropiques (Éditions du Chêne), records the artist's time aboard L'Astrolabe, a French polar patrol vessel tasked with an unusual mission - delivering supplies to the islands of Europa, Juan de Nova, Glorieuses and Tromelin in the Indian Ocean, clearing the plastic debris washed up on their shores and controlling illegal fishing, while maintaining a French presence in the region. As the icebreaker ploughs its way through the tropical waters, Vial's drawings capture an adventure that delivers both surprises and moments of great charm. Vial conveys the camaraderie of L'Astrolabe's crew and a sense of "time suspended" in this vast marine environment while bringing the territorial waters of the Scattered Islands - a gigantic natural reserve that is home to fish, turtles and birds - and Madagascar, "L'Île Rouge", vividly to life.

Huberty & Breyne | Les Arts dessinés is delighted to be showing a selection of images taken from six sketchbooks of gouaches, watercolours and ink and pencil drawings which Vial made either directly from life or in the peace and quiet of his cabin. Luxurious vegetation, ruined buildings and ramshackle old cargo ships, tropical bays and deserted beaches are all beautifully captured thanks to the artist's skill at telling a story in graphic terms.