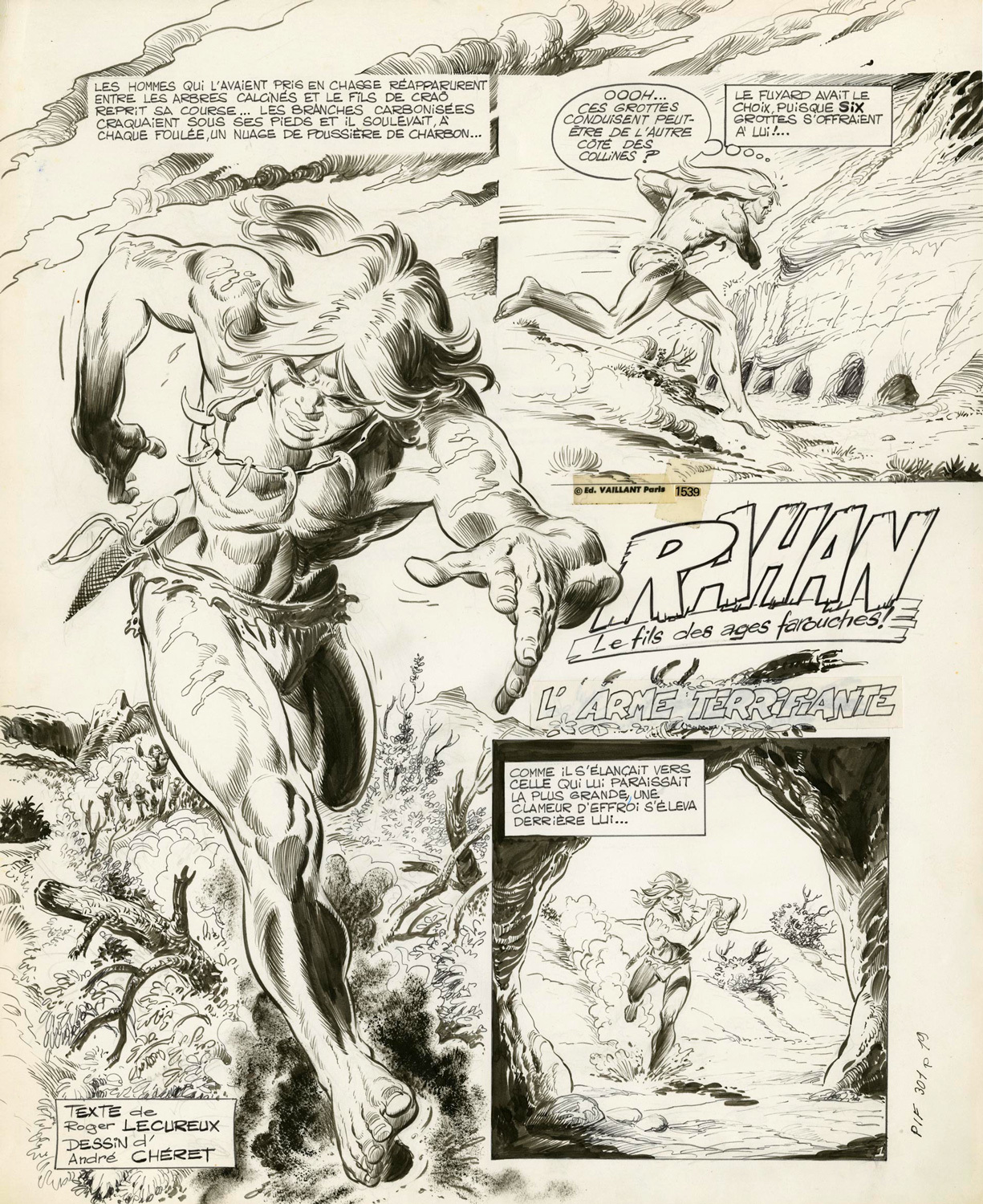 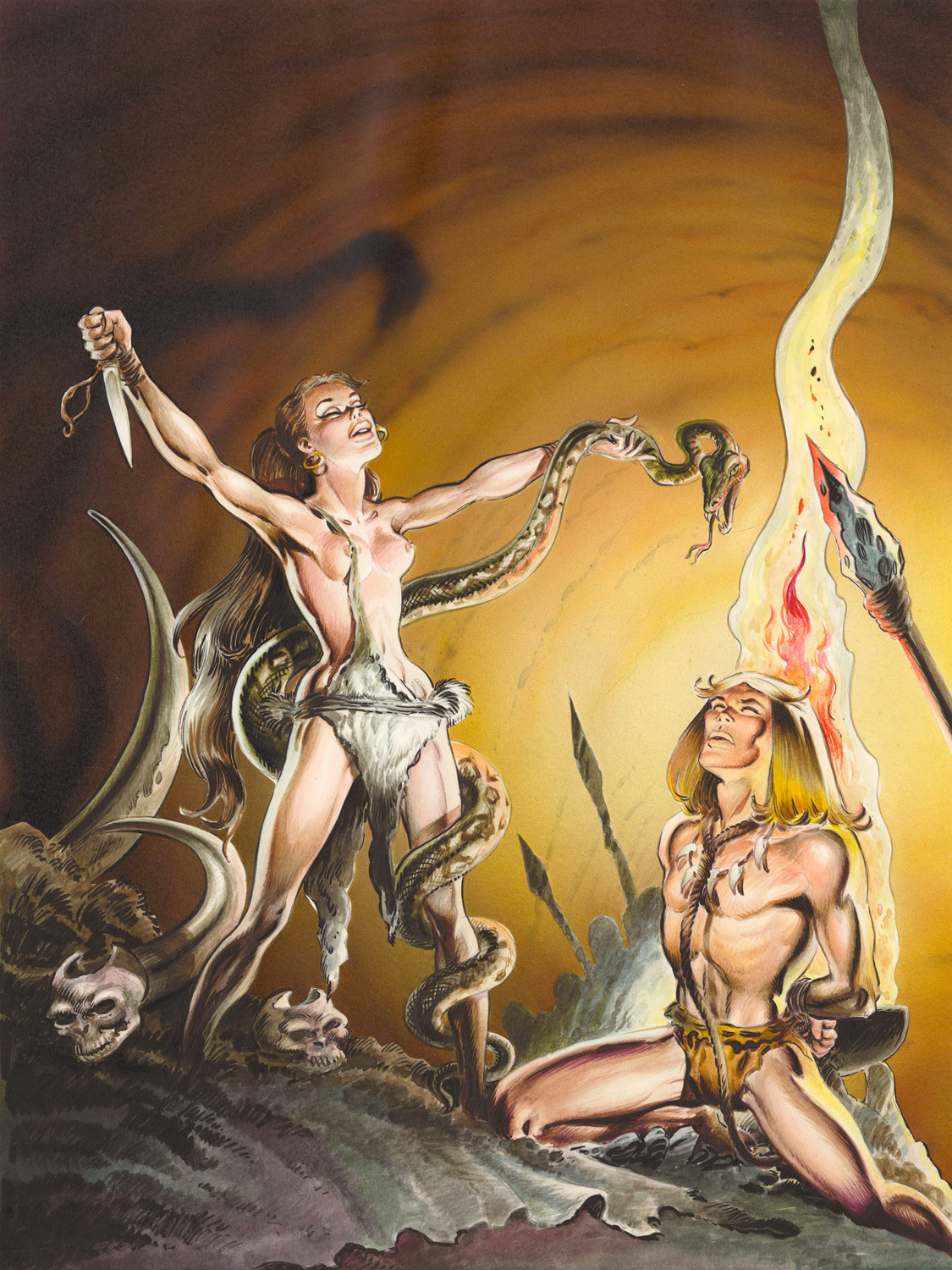 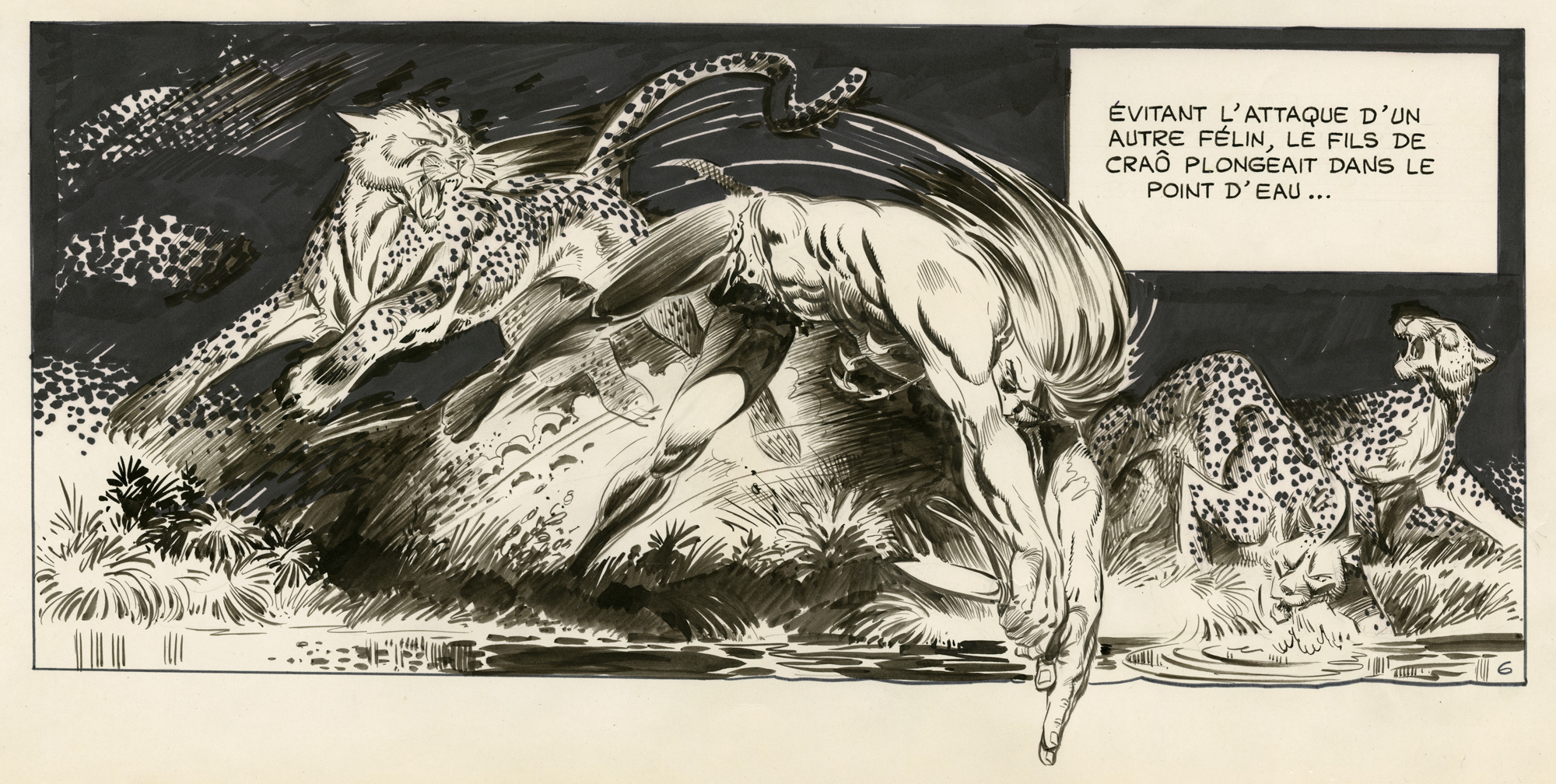 From 22 December 2017 to 27 January 2918, Huberty & Breyne Gallery is hosting the first ever retrospective dedicated to Pif Gadget star Rahan.
True icon of 60s Comic Strip, the creation of André Chéret and Roger Lécureux, Rahan “son of the dark age” made his appearance in the magazine’s first issue on 3 May 1969. His adventures are legendary and left their mark on generations of young readers, boys and girls alike.
Armed with his trademark ivory cutlass, the wandering caveman and staunch freethinker is a mixture of wisdom and logic, rational thought and resolute action. His victory cry will continue to ring from the gallery walls long after he has departed!