Dave McKean acknowledges a profound and absolute belief in creativity. This British illustrator and comic book artist, born in 1963, is adept at covering his tracks, graphically speaking, and his poetic worlds keep pushing back the artistic frontiers of the comic strip, cinema and multimedia.
A child of the Beatles era, Dave McKean started experimenting with images in Creepy, Haunted and Heavy Metal. In 1989, he collaborated with Grant Morrison on the darkly chilling bestseller Arkham Asylum, which revolutionised the world of comic books. In McKean's radical approach here, involving the use of painting and collages, we find the seeds of his future masterpiece Cages, a hymn over five hundred pages to the author?s faith in human creativity, recipient of a Harvey Award and an Alph Art for best foreign album at the Angoulême Festival.
Eager to exploit every opportunity for experimentation, the visionary McKean collaborated, meanwhile, on the fourth film in the science fiction saga Alien. Dave McKean resolutely refuses to engage with traditional comic strip techniques and remorselessly bends reality in the quest for artistic perfection. For the last thirty years, he has been busy scanning the established rules in search of unexpected detours. Collaborating once again with Neil Gaiman, he produced some magical illustrations for the two children's stories The Day I Swapped my Dad for Two Goldfish and The Wolves in the Walls.
Dave McKean has taken his inspiration from the worlds of painting, modelling, photography, typography and computer graphics to create a totally natural and spontaneous style. Each choice he makes in visual terms bulks up the story and contributes to his narrative. He compares his plates to pieces of wood: the more they are left out in the rain, he says, the more interestingly they metamorphose.
Today, Dave McKean is looking more than ever towards the future, convinced as he is that it is through the capacity to generate unexpected images that the comic strip is set to enjoy a wholly new lease of life. 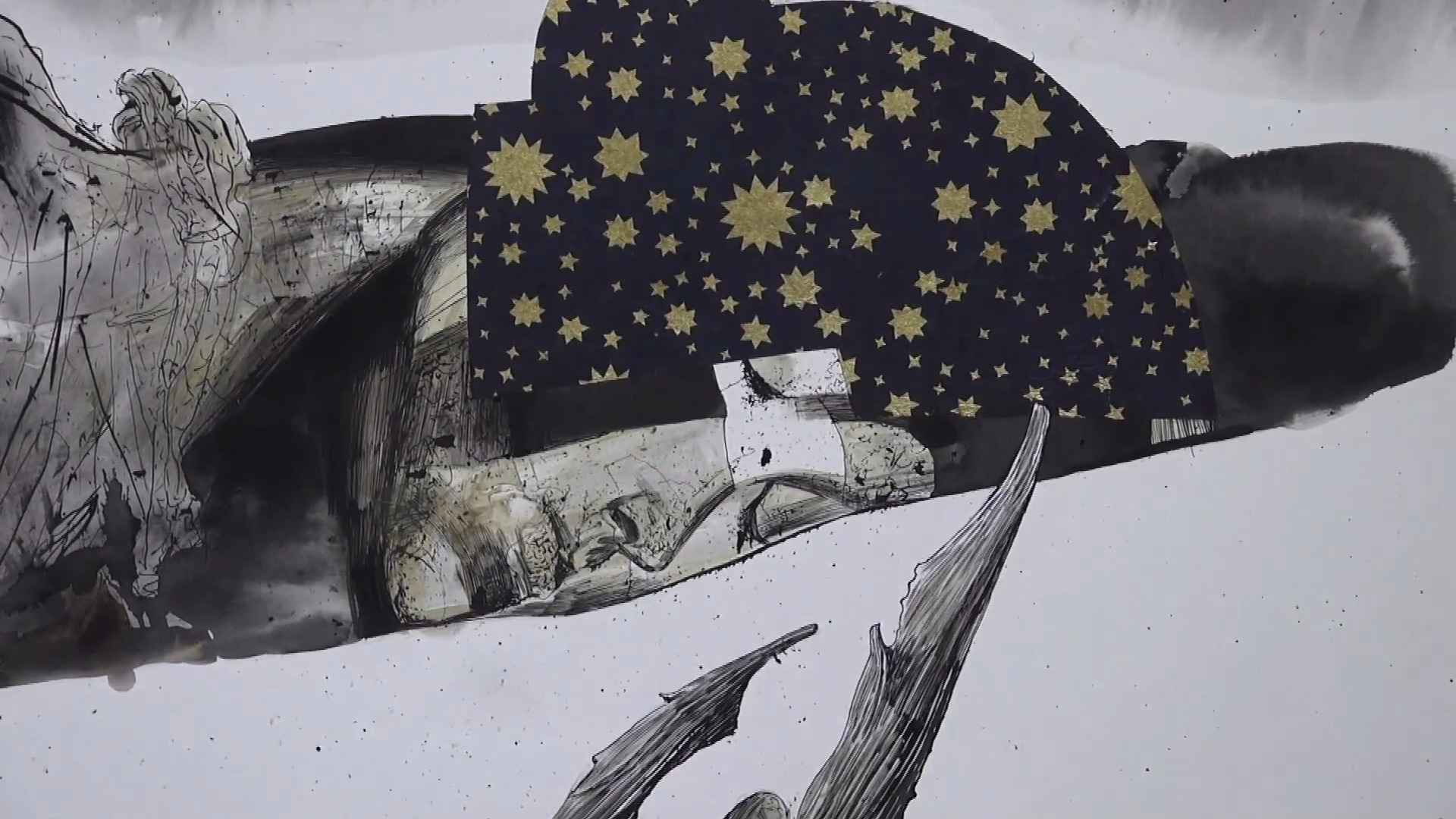