Merwan Chabane – or simply Merwan, as he also signs himself – is a graduate of the School of Decorative Arts in Paris. He went on to attend the Gobelins school, before beginning his career in the videogame and animation industries as a storyboarder. From his earliest efforts with comic strip, Merwan showed that he was equally comfortable constructing dramatic action scenes and scenes that convey a feeling of quiet intimacy. In 2009, he published Fausse garde (Vents d'ouest), an exhaustive reworking of his first comic strip, Pankat. That same year, he collaborated with Fabien Bedouel on the first volume of L'Or et le sang (12bis, and later Glénat), a historical saga co-written by Maurin Defrance and Fabien Nury, the last volume of which appeared in 2014: Bedouel produced the mise en scène and Merwan did the drawing. In 2010, Merwan began work on another collaborative project, this time with Bastien Vivès – Pour l'empire, published by Dargaud. With his trilogy Le Bel Âge (Dargaud), Merwan set out to illustrate contemporary life and its contradictions. In 2016, he brought out Jeu d'ombres (Glénat) with Loulou Dedola, an uncompromising and fast-paced thriller, and in 2019 Dargaud published the widely acclaimed Mécanique celeste, a brilliant post-apocalyptic story which plunges readers into the life of a community struggling to safeguard its independence in the face of a menacing republic. Full of twists and turns, and laced with humour, this action-packed story lays the foundations for a universe of such richness it continues to have multiple secrets in reserve. The drawings are delicately executed in watercolour, in direct colour, and brim with energy thanks to Merwan's skilful encapsulation. 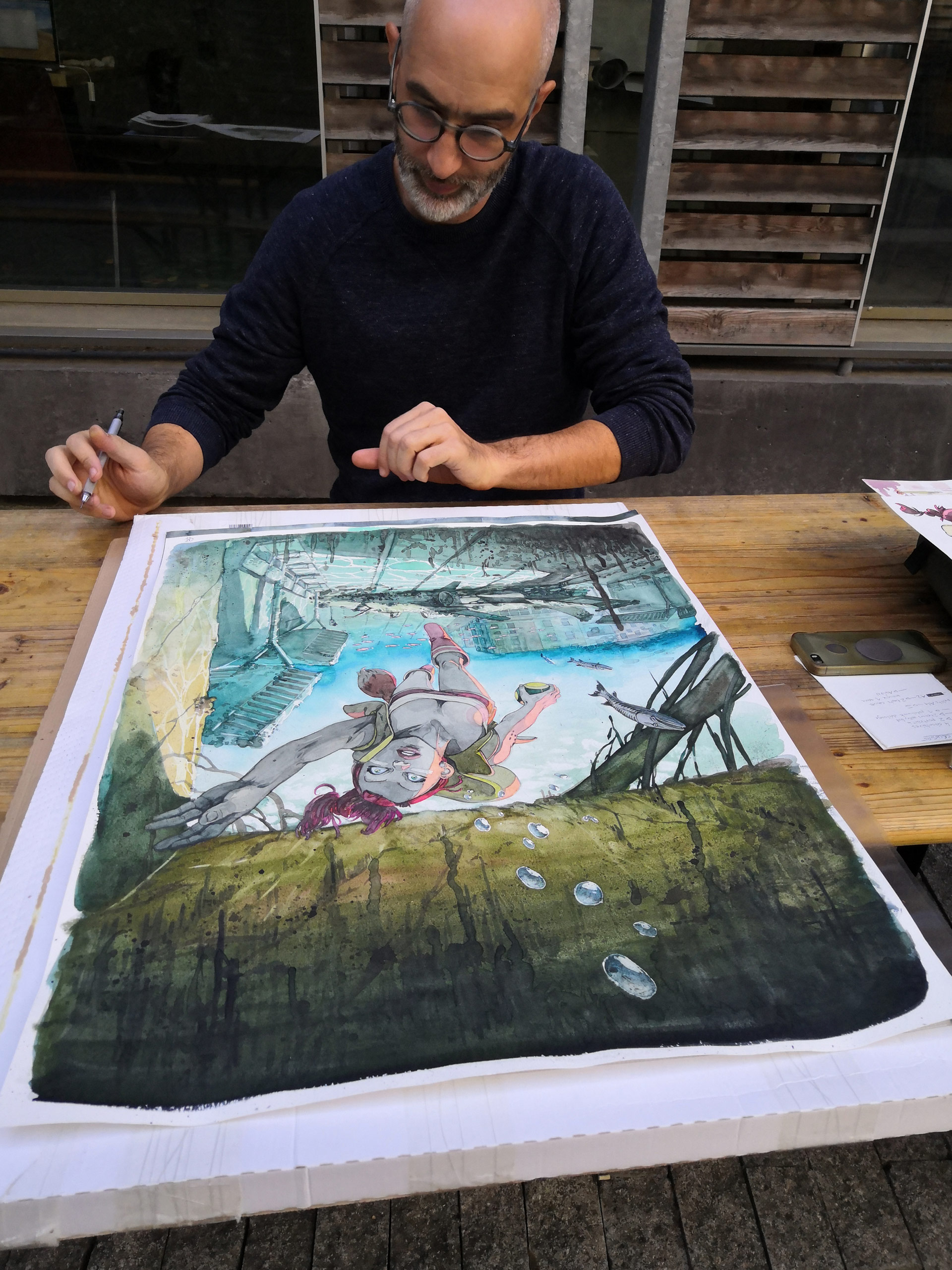