After his early career as a painter and technical draughtsman in his native Spain, in the 1960s, Luis Royo made quite a name for himself when he began drawing comics at the end of the 1970s. His return to illustration, after this foray into the world of comic strip, brought him international recognition. Royo created memorable covers taking their subject matter from the world of science fiction and fantasy, most especially in the United States, Heavy Metal and Comic Art in the States and Cimoc in Spain being among the most notable magazines that have carried his work. He has also produced book covers for prestigious publishing houses such as Tor Book, Berkley Books, Avon, Warner Books and Bantam Books, and his works have appeared in some twenty-odd anthologies published in more than twenty languages.  Women, Prohibited, Fantastic Art, Dreams, Malefic Time, Dead Moon, Secrets, Evolution, Conceptions, Visions, Subversive Beauty and The Labyrinth Tarot are just some of the titles of these collections. Other publishers such as Ballantine, Nal, Daw, Doubleday, Harper Paperbacks, Zebra, Fasa Corporation, Pocket Books (for the Star Trek series), Penthouse Comix, Fleer Corporation (the Ultra X-Men card series) and Marvel Comics have also published his work regularly.

Luis Royo is now a household name and has been tending to concentrate on his own projects in more recent times ? while also succumbing to the odd temptation, such as illustrating The Ice Dragon, the children?s fantasy bestseller by American writer George R. R. Martin (of Game of Thrones fame), published by Tor Books.
Royo was guest of honour at the San Diego Comic-Con in 2015, where he received the prestigious Inkpot Award. His work has also earned him the Spectrum Silver Award (The Best in Contemporary Fantastic Art), a Strannik prize in Russia and the Millennium Prize at Cartoomics in Milan. 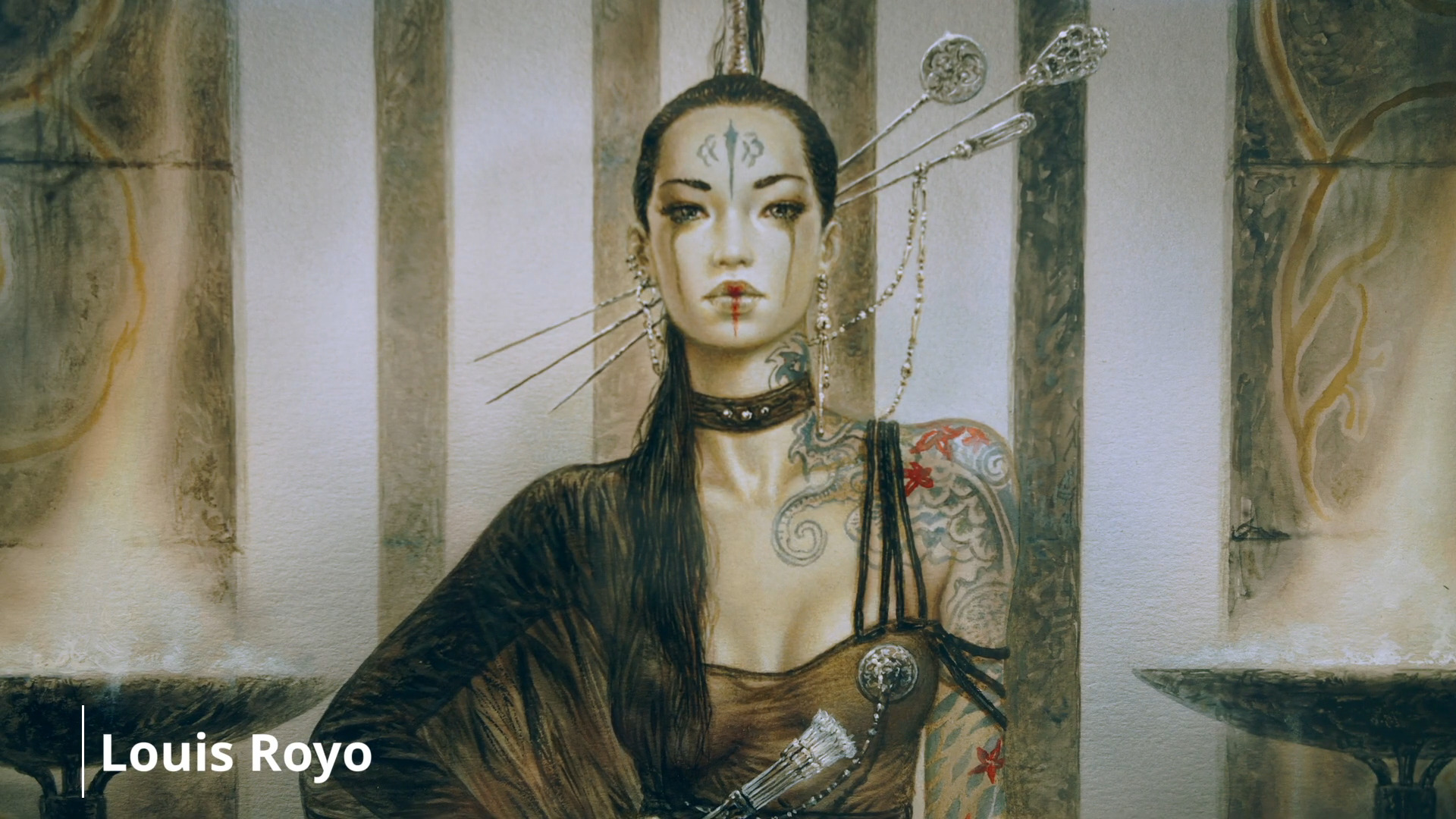