Matthias Lehmann lives and works in the Paris region. His preferred technique is scratch- or scraperboard, but he also uses a brush or pen and ink, and paint. Rancune Comix (his own fanzine published in 1995), Strip Burger, Thank God It?s Ugly and Le Martien are key works from Lehmann?s early period which coincided with the growing popularity of fanzines and graphzines. Lehmann subsequently contributed to a number of stand-out creations in the world of comics, such as Comix 2000 (2000), Lapin (1992-2009), Dirty Stories (USA, 1997-2002) and Hôpital Brut (1997-2014).
His detailed graphics also attracted the attention of the press and his drawings have regularly featured in the pages of Libération, Le Monde, XXI, Siné Mensuel and Marianne.
Matthias Lehmann is also a member of the band Raw Death (Les Disques de la Face Cachée) and since 2015 he has been producing ?concerts dessinés? with them for a project entitled ?Sur La Route d?Alan Lomax?? an opportunity for Lehmann to combine drawing with his passion for music. 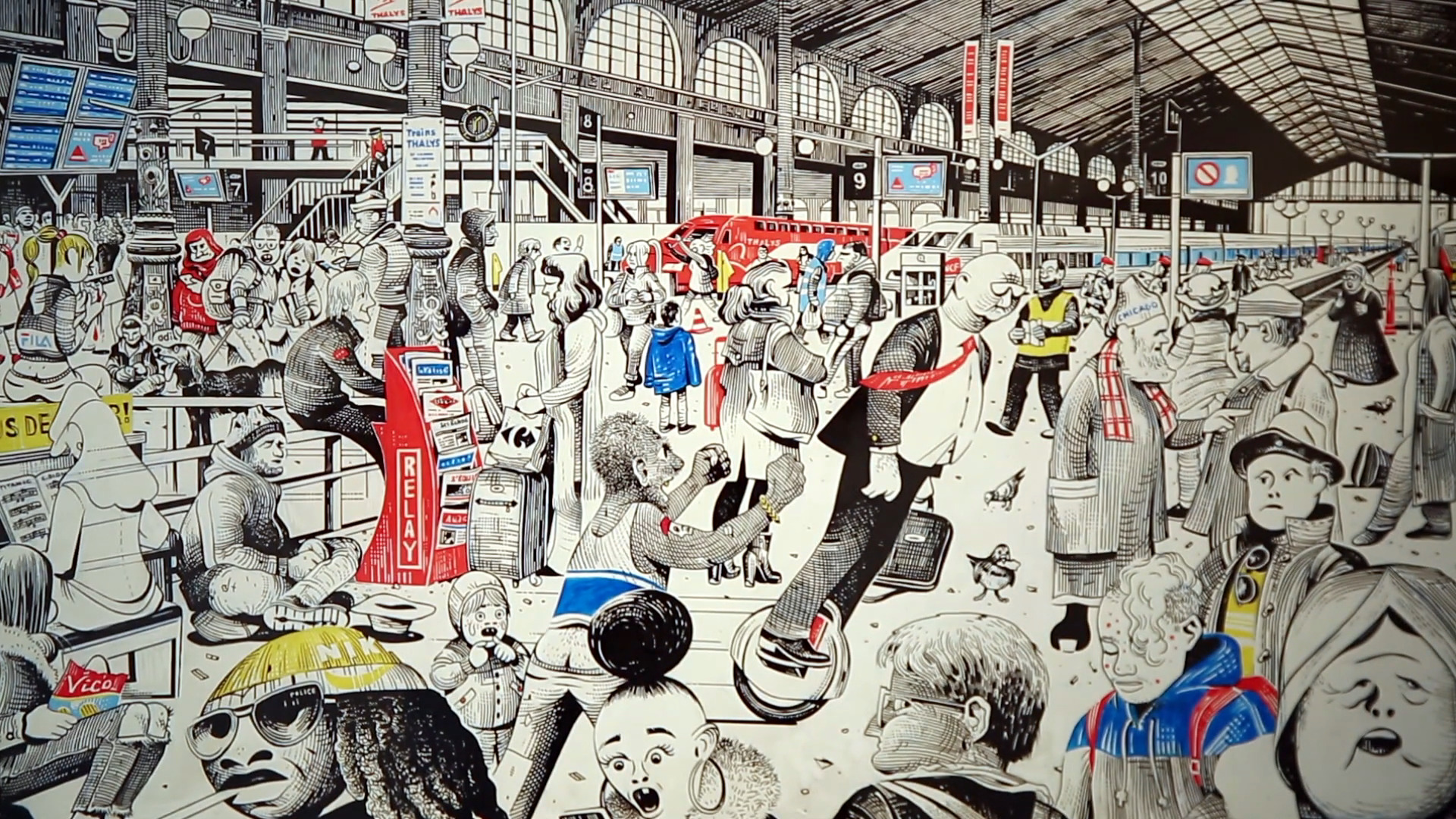 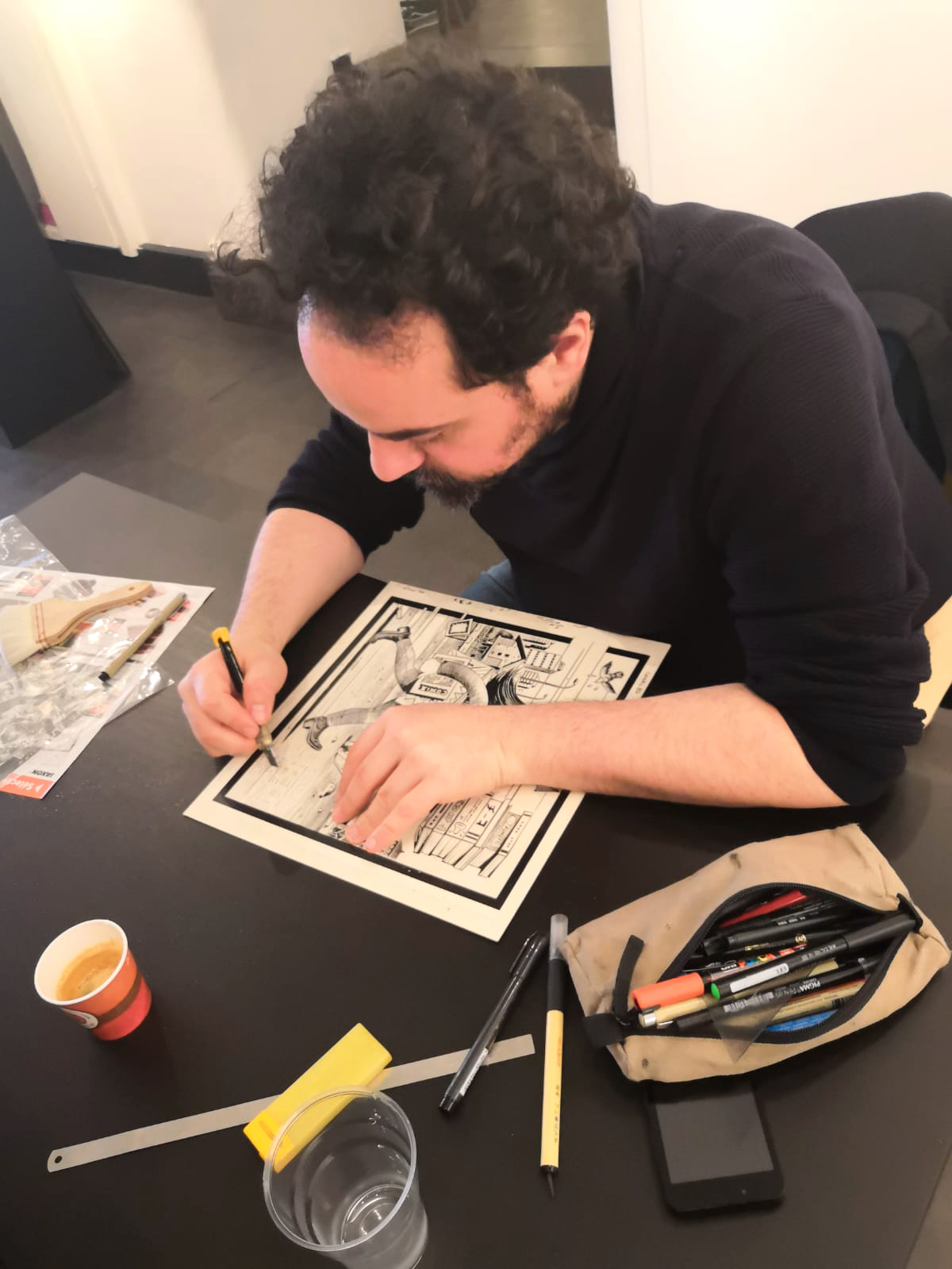