Turk is an absolute workaholic. Every project he has undertaken since the late 1960s – very many of them in collaboration with Bob de Groot – has become a successful series. Tintin magazine, of course, published the adventures of the roguish Robin Dubois, but also a very successful revival of Clifton, and then there was the enormously popular Léonard, which first appeared in Achille Talon magazine. Using his confident, rounded drawing style, Turk gives each panel an incredible sense of narrative rhythm and movement that sweeps his characters along – characters that have featured prominently in the childhood of hundreds of thousands of readers. 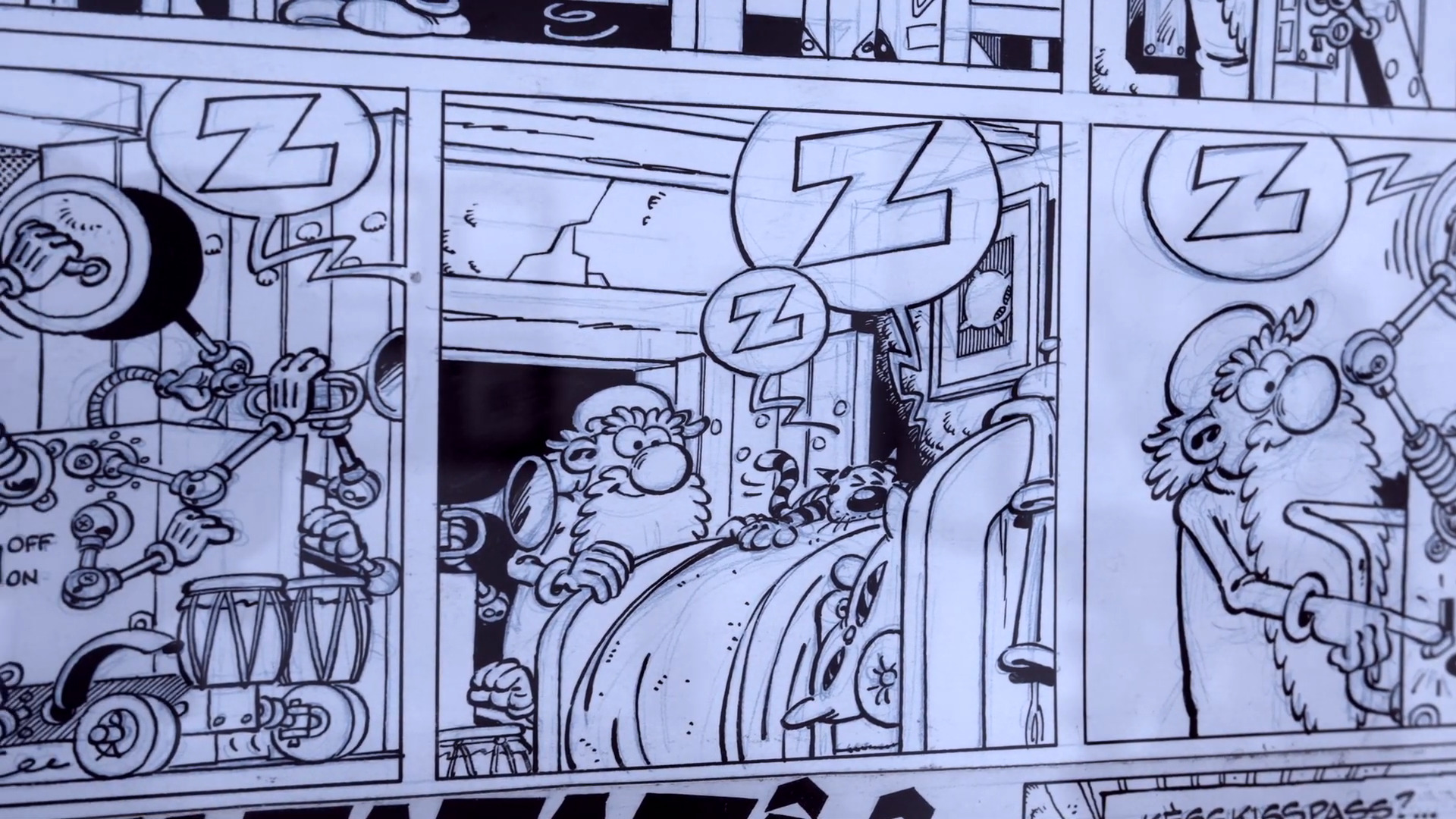