Aude Picault excels in the observation of her fellow human beings, whose preoccupations she depicts with incredibly accuracy in drawings both delicate and economical. For the last ten years, she has been sketching society and reflecting its doings in albums that are a skilful mix of humour and seriousness. Tender and scathing by turns, she puts her peers through the wringer ? but in the gentlest way possible ? and examines the shortcomings of Generation Y at close range. Picault is a key figure in the world of contemporary comic strip who has much in common with Jean-Jacques Sempé and Claire Bretécher. She is happy to talk about anything, and anyone, and she does so without constraint. In Idéal Standard, she depicts the dis-ease of a young nurse prey to the anxieties that commonly afflict women today. Picault broaches universal themes ? from the professional world to social relationships, via sexuality and motherhood ? with a melancholy tenderness blended with humour and levity. The album deals with feminine/masculine stereotypes and challenges heterosexual norms, the mad pursuit of happiness and the expectations that society projects on to women, along with the burden inherited from previous generations. This artist illustrates feminine plurality better than anyone. With Comtesse and later Déesse, she tackles the subject of physical pleasure and sexual awakening, but without a hint of coyness or vulgarity. From travel notebook to non-figurative illustrations, via watercolour and etching, from autobiographical and autofictional stories to tales for children, Aude Picault succeeds in turning her personal journey into one where each of her readers can see a mirror of their own. 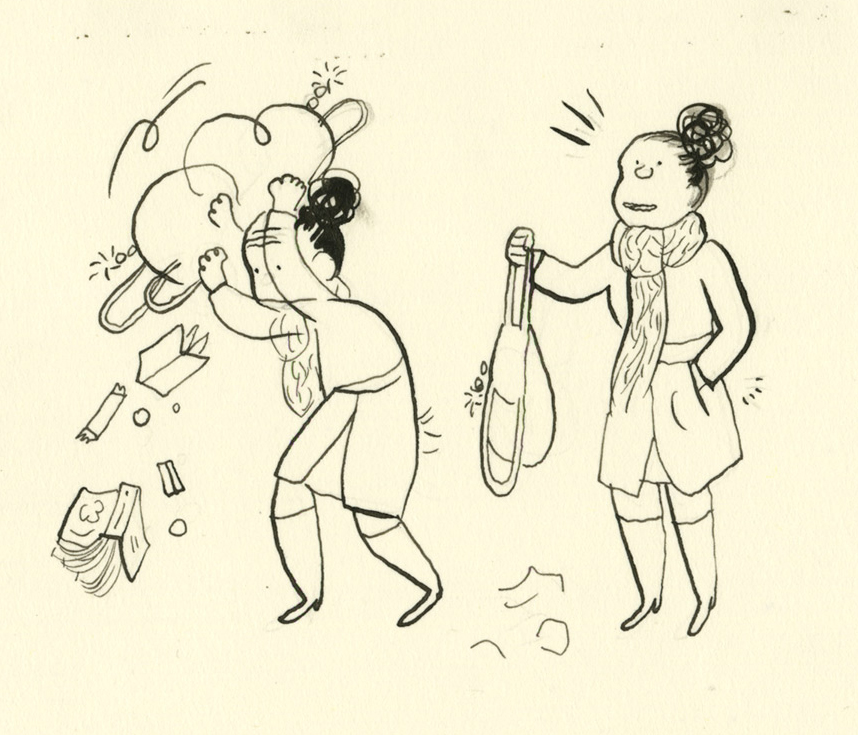