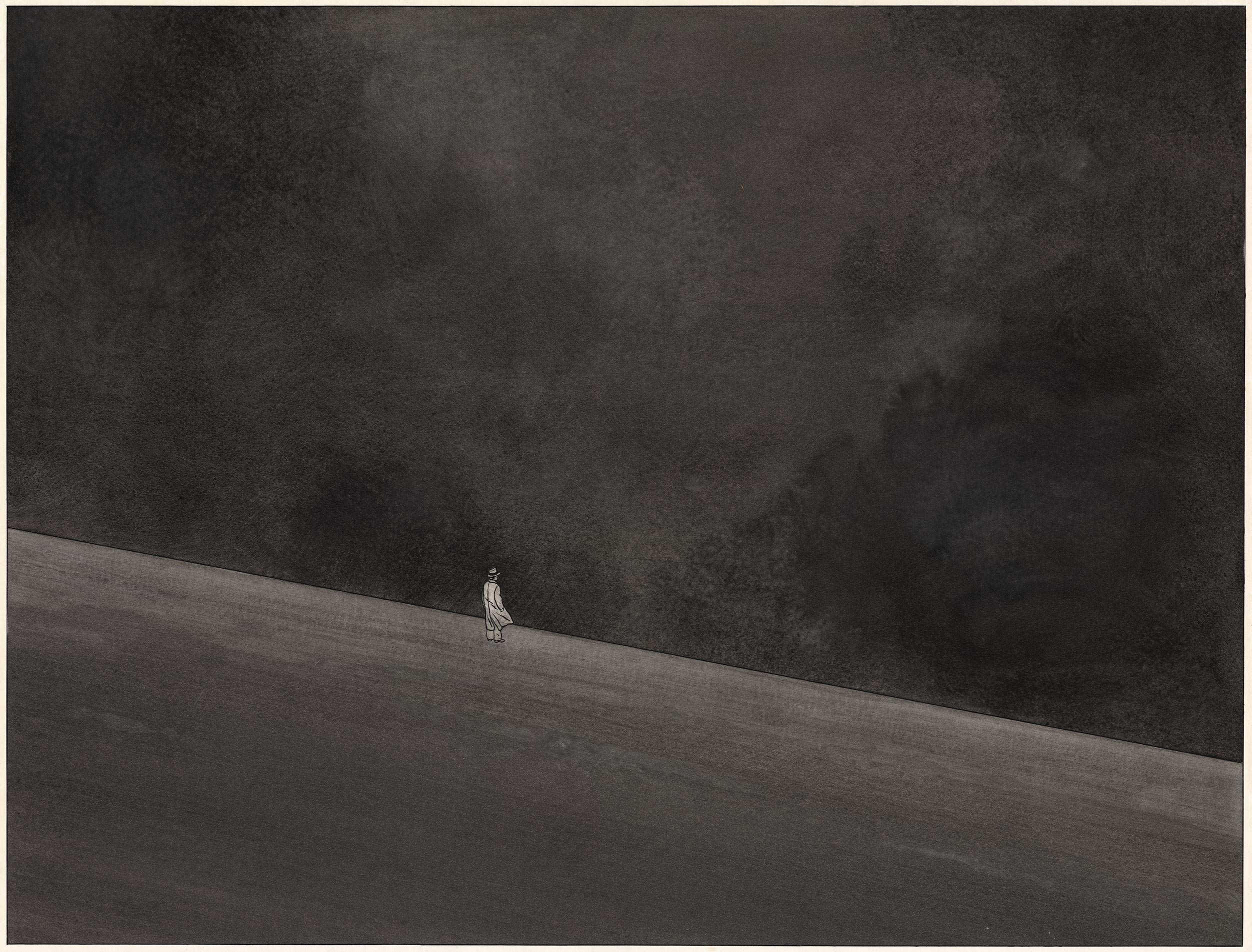 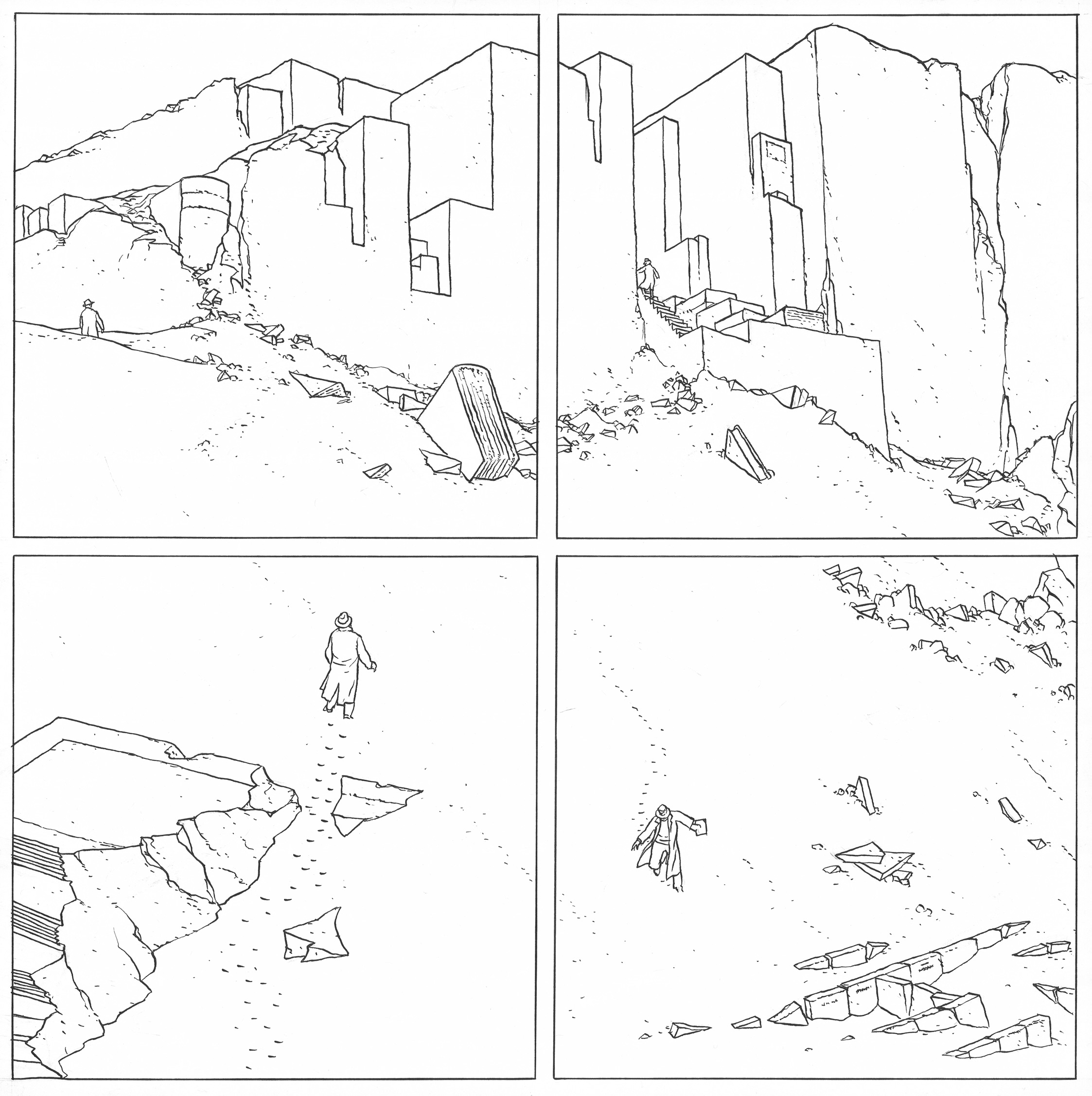 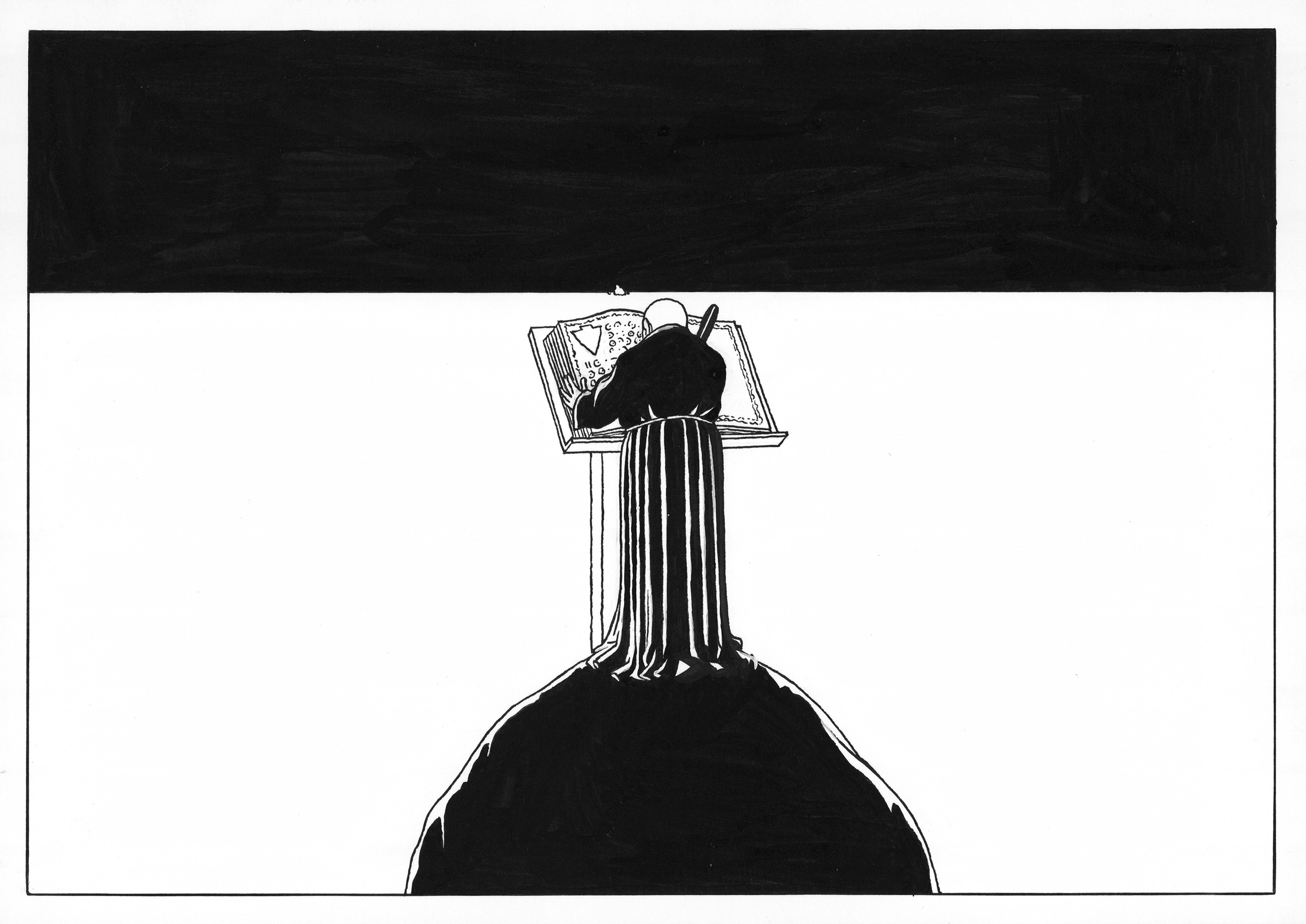 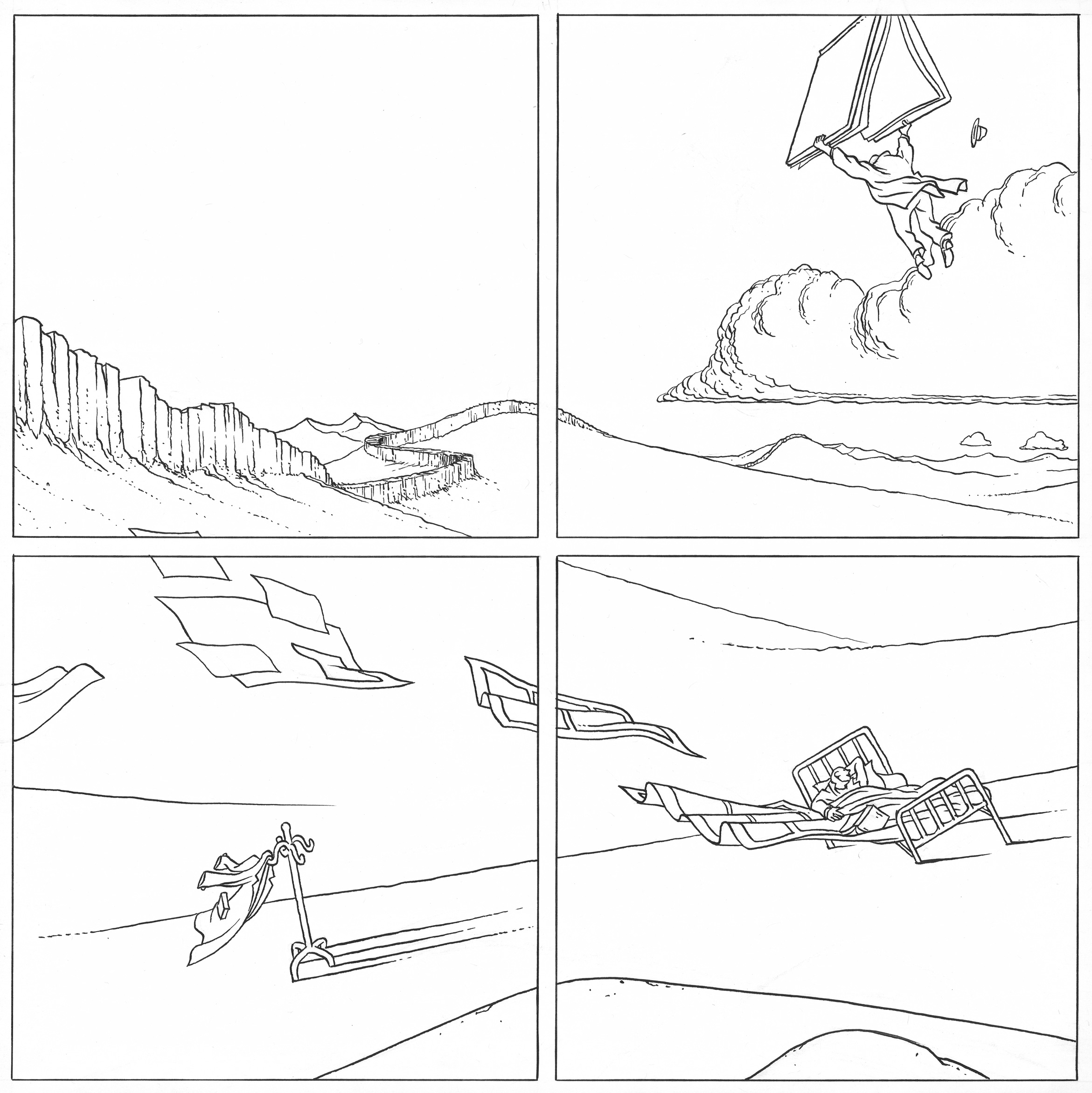 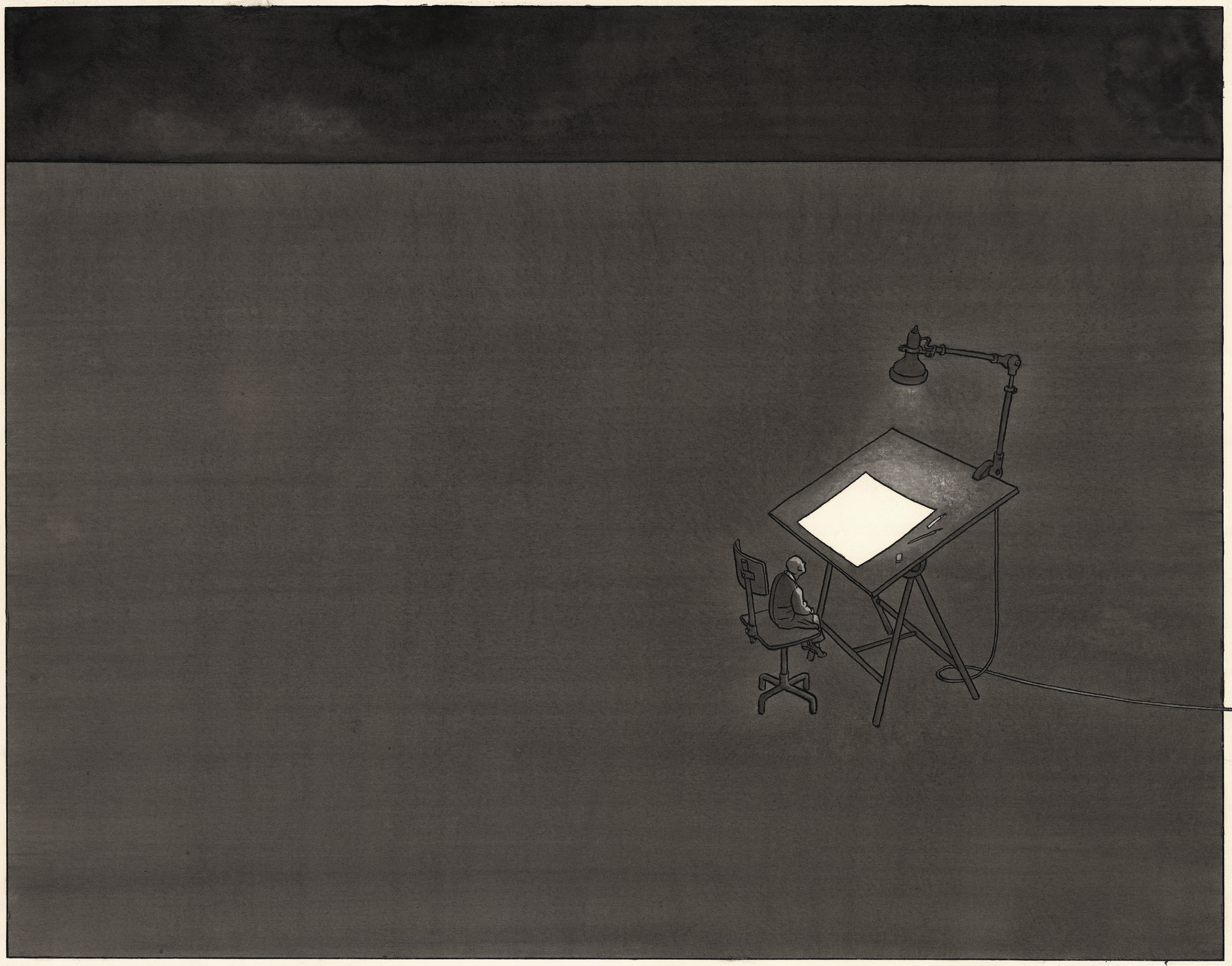 From 10 September to 1 October 2022, the Huberty & Breyne’s Brussels gallery is delighted to be showing Dédales, 2 by the French visual artist, scenographer and comic book author Marc-Antoine Mathieu.

The “Dédales” – or “Mazes” – of the exhibition’s title are a reference, first and foremost, to the Cretan labyrinth designed and constructed by the engineer Daedalus – the place where Theseus confronted the Minotaur and from which he escaped with the help of Ariadne’s thread. In a more general sense, of course, a “maze” is understood to mean a complex arrangement of elements where a person is likely to lose their way.

This is what Marc-Antoine Mathieu is inviting us to do here – to lose ourselves in this novel exhibition extending over more than 1,000 m2 and comprising visual installations, videos, paintings and original comic book plates. The spectator is invited to enter a multifarious universe full of paradoxes where boundaries are blurred between reality and its mirror.

Marc-Antoine Mathieu is unquestionably the most conceptual of all comic book creators. Not only does he write gripping stories that are superbly illustrated; he also reflects on the comic book medium itself and the book as physical medium – in the manner of Laurence Stern’s Tristram Shandy. His work puts us in mind of M. C. Escher and his impossible graphic assemblages, Piranesi’s stairways and subterranean prisons, Franz Kafka’s nightmarish bureaucracies where the individual counts for nothing, Jorge Luis Borges and his literary mises en abymes, Winsor McCay’s habit of returning full circle with Little Nemo and his dreams, and Edwin Abbott Abbott’s allegory Flatland, which portrays a two-dimensional world turned upside down by the sudden arrival of … a sphere.

Marc-Antoine Mathieu’s exhibition will probably have a similar effect on visitors as the arrival of the sphere in Flatland. If they agree to play the game and allow themselves to be seduced by the author’s conceptual ruses, Dédales, 2 will linger in their minds and imaginations. Marc-Antoine Mathieu’s hybrid art questions our expectations, but it does so joyously and without judgement or insistence: rather, it invites each of us to define our own limits and constraints, just as Oulipo – the “Ouvroir de littérature potentielle” (“Workshop of potential literature”) – encouraged the “rats” to “construct the labyrinth from which they plan to escape”.