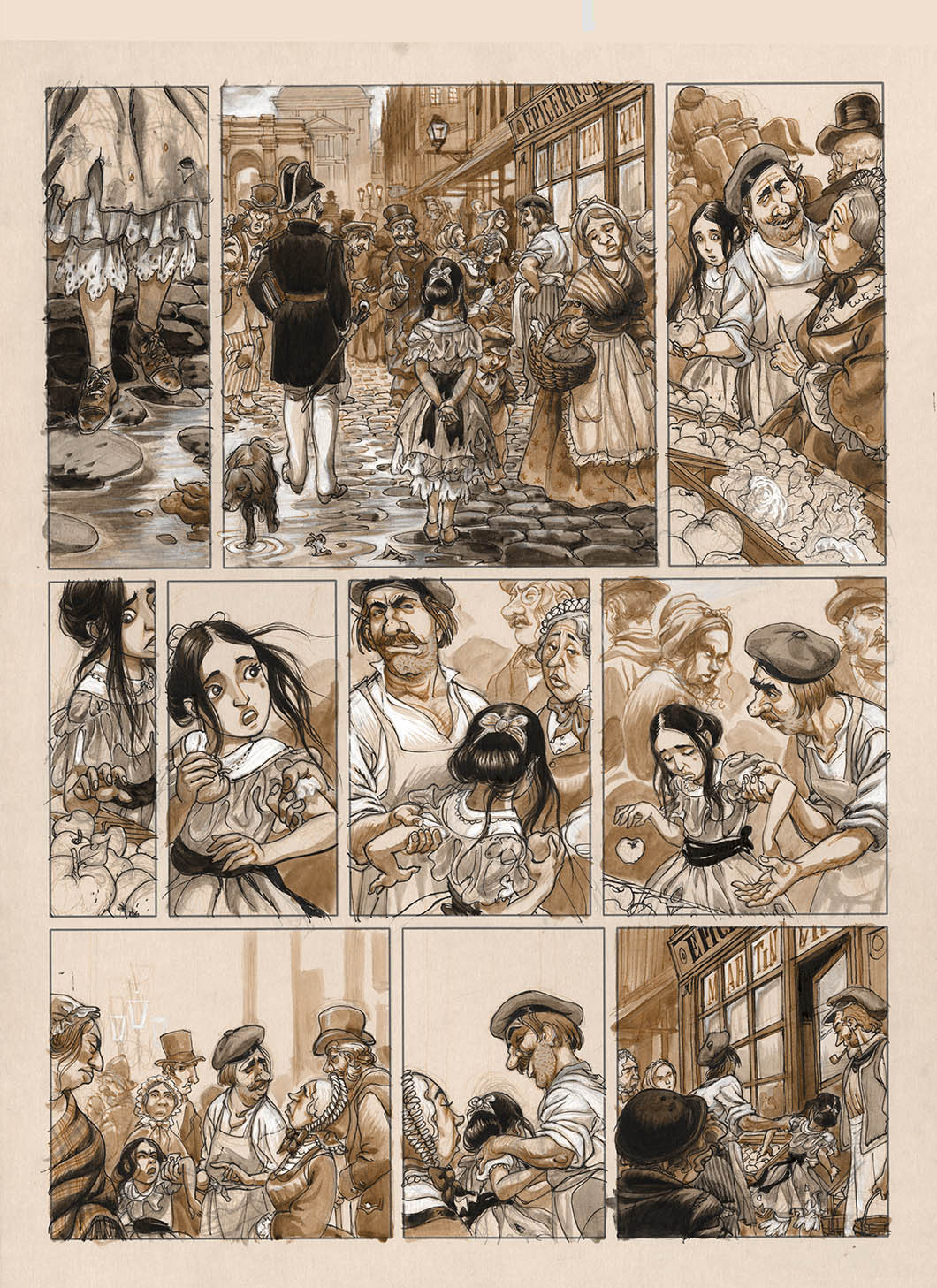 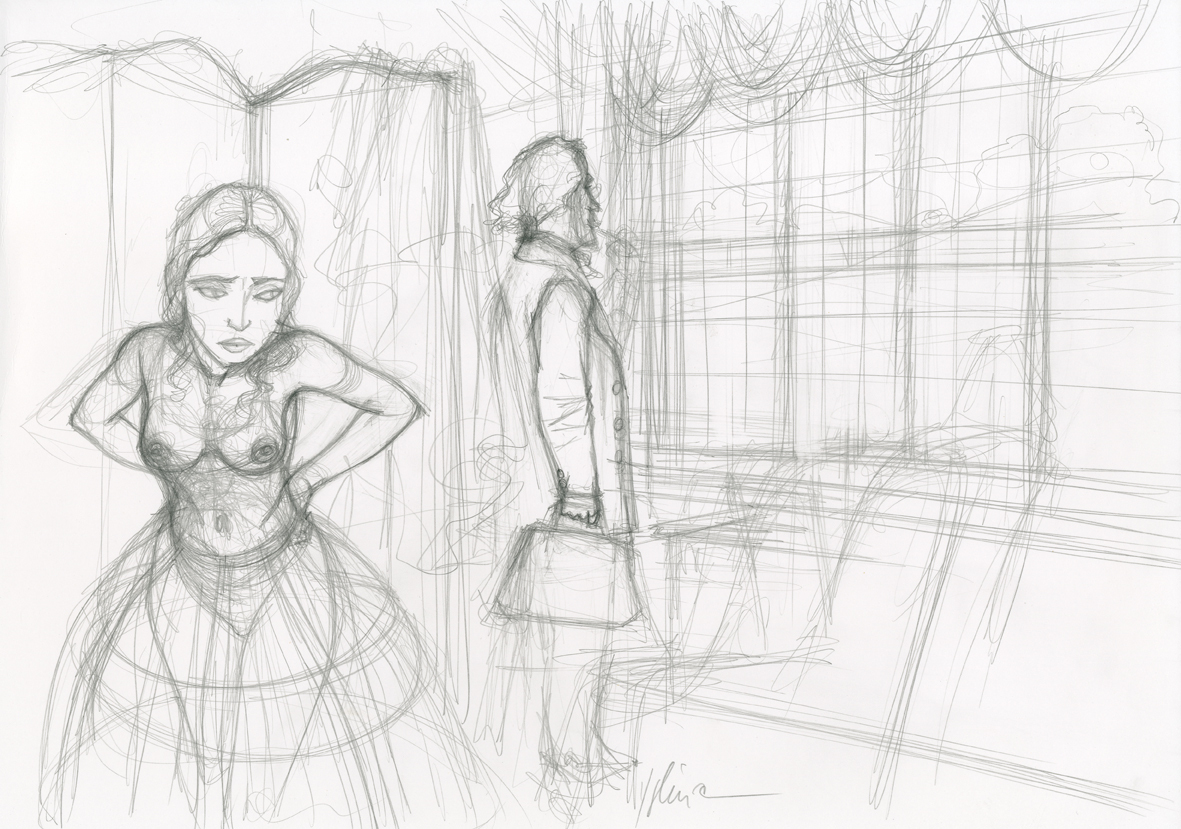 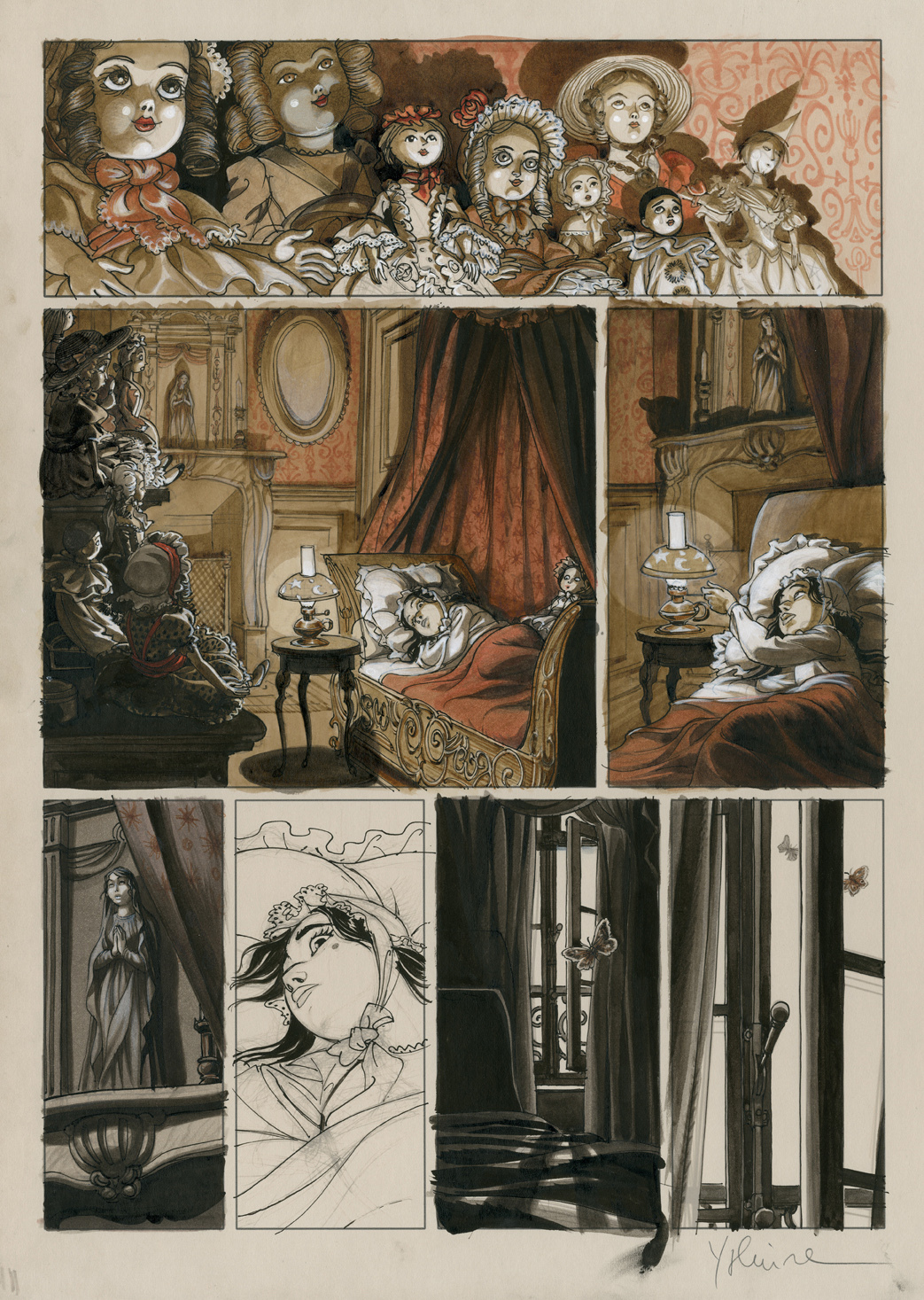 To coincide with the publication of the seventh volume in the mythical Sambre saga, thirty years after the series was first created, the Huberty & Breyne Gallery is showing a selection of some of the most beautiful original plates, alongside some hundred or so preparatory sketches, in an exhibition due to run from 23 September.
These works showcase Yslaire’s incomparable talent as an illustrator and the pains he takes to breathe life into his characters – Bernard and Julie’s descendants – in order to seal the accursed family’s fate in a narrative of combined power and grace.
This is a totally immersive experience for fans of the cult series which Yslaire both wrote and illustrated single-handed, and the works on display reflect each stage of the comic’s creation, from pencilled artwork through inking to the application of colour.