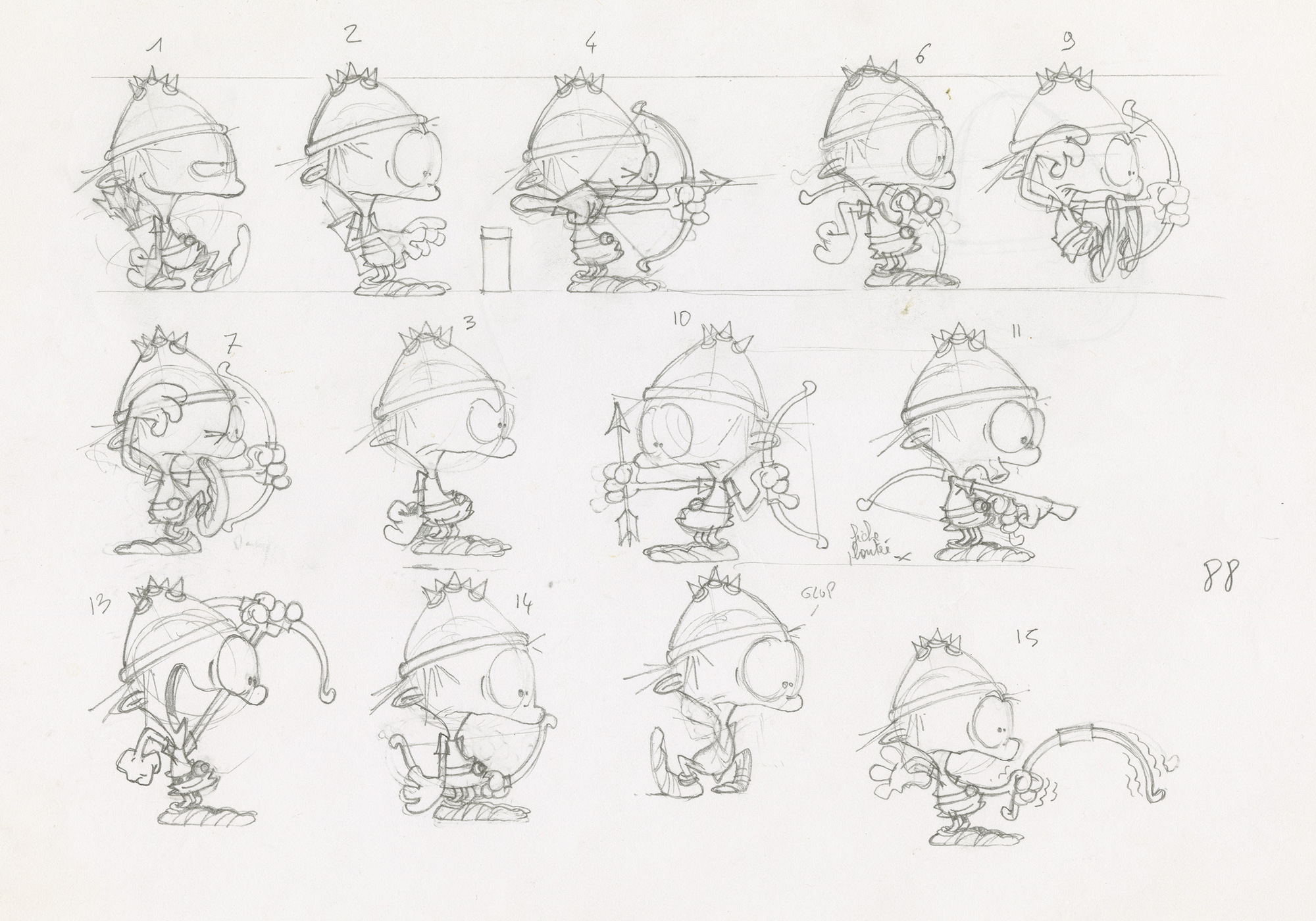 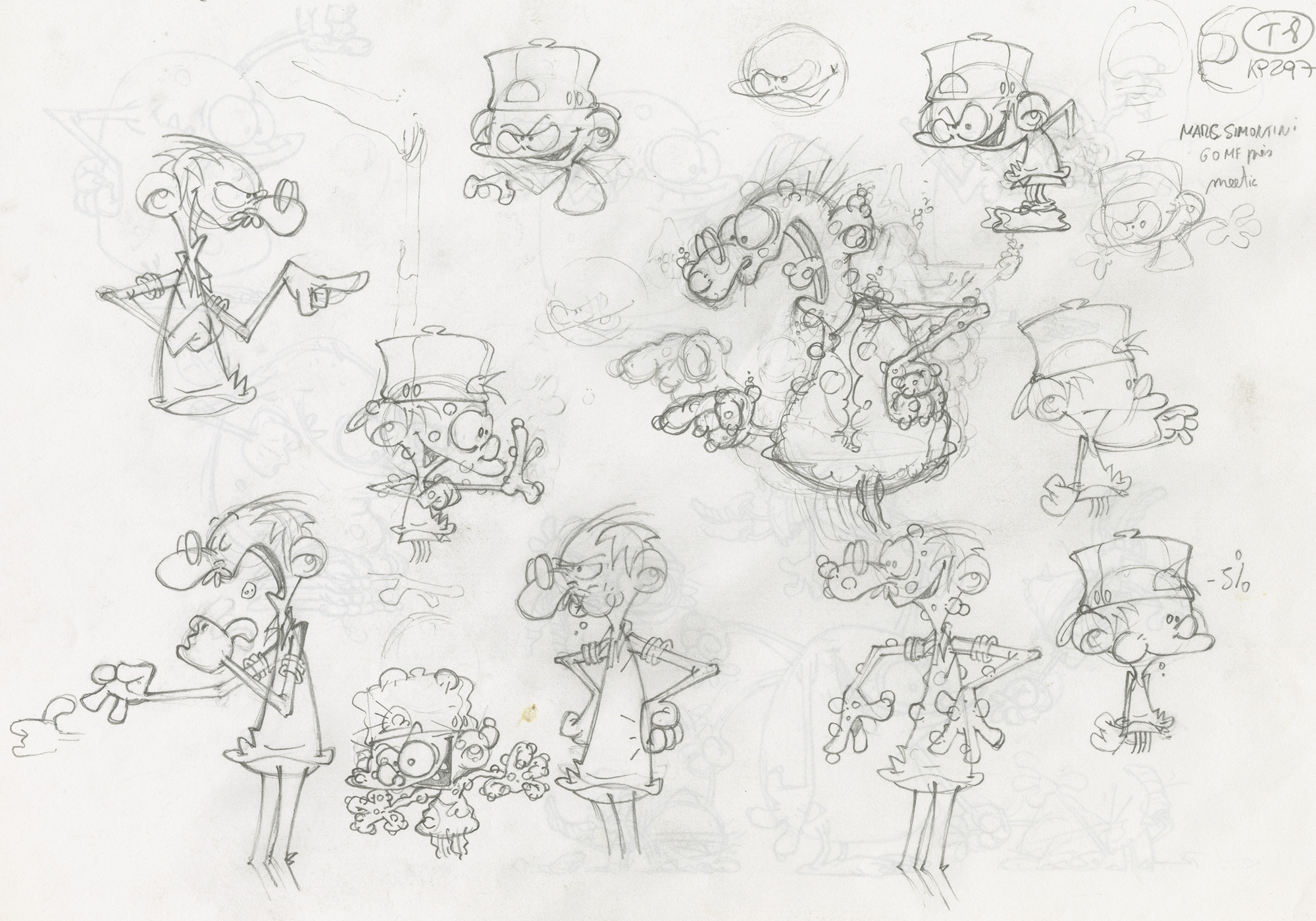 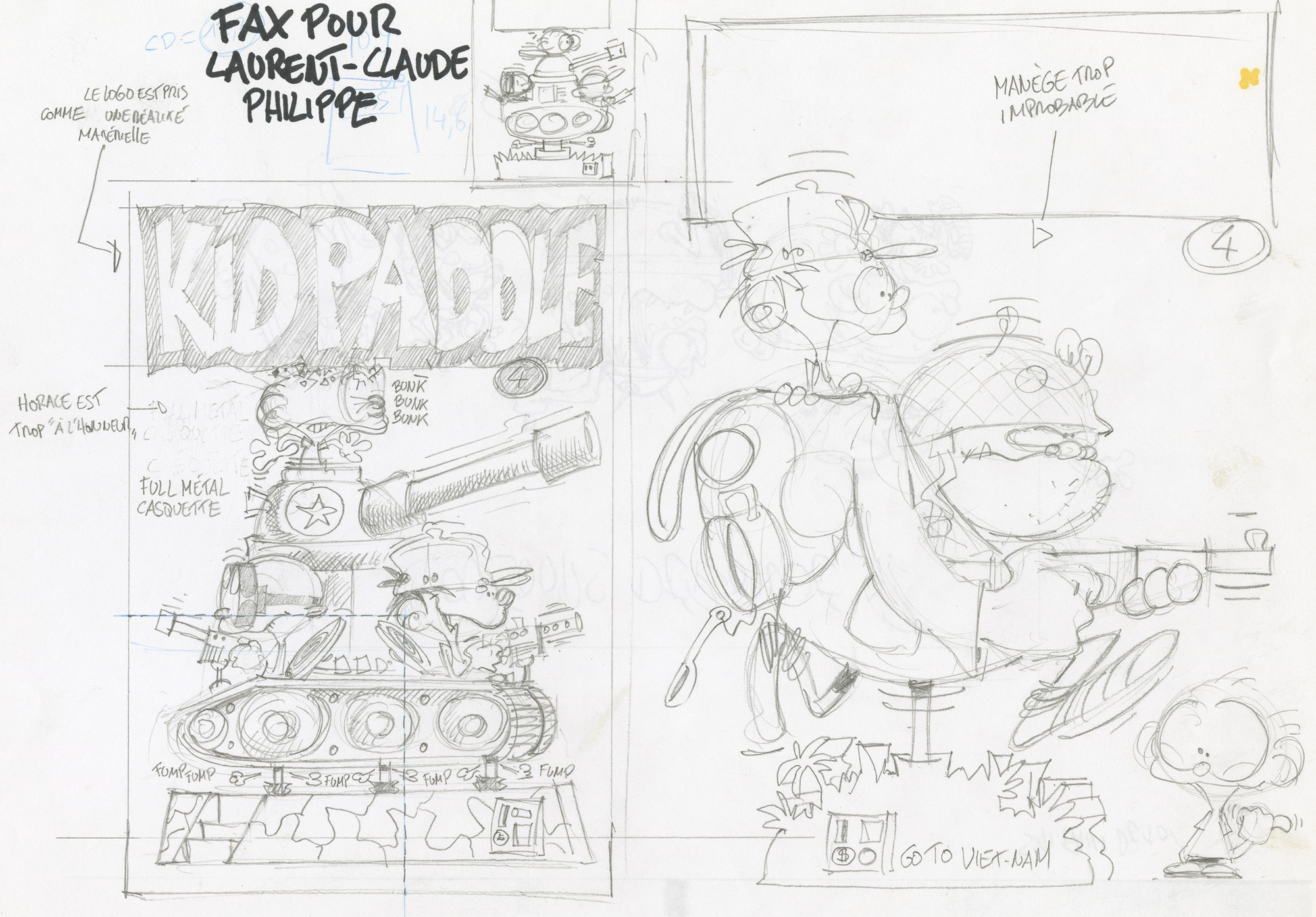 The term sketch is often used in a general sense to mean a preparatory drawing. Midam's sketches, however, are more like studies.

If we look at them carefully, we can distinguish certain characteristics:

A single panel is constructed like a short film, with careful attention to the arrangement of the set. Storyboards are the best example of this, although the studies also allow the snapshots of the gag to be developed.

Sometimes the original pencil lines still show in the finished drawing of the figures. What sets these drawings apart from sketches or studies made from life is Midam's familiarity with his imaginary world and its characters. Having mastered them mentally, he can concentrate on their psychology, taking care to ensure their expressions are truthful. These sketches are for the most part carried over to the final panel.

A few movement studies so as to avoid anything that might jar stylistically.

A few character interactions where the artist gives himself licence to ignore proportions. However, the sketches mainly favour studies of individual characters.

Midam almost never bothers with background details, leaving them simply as a series of outlines. He concentrates instead on foreground elements such as the arcade games, the ticket office, the entrance to the cinema... Kid's world is condensed into a handful of key locations: house, school, games room, toyshop, cinema.

Midam's cover designs reveal another side of his artistic talent: the ability to synthesise. In an album of gags, it is nigh on impossible to sum everything up in a cover; but it is possible to convey the tone and the spirit of the album. The cover needs to be striking, of course, to attract the interest of potential readers. With album after album, this is something Midam has done admirably well.