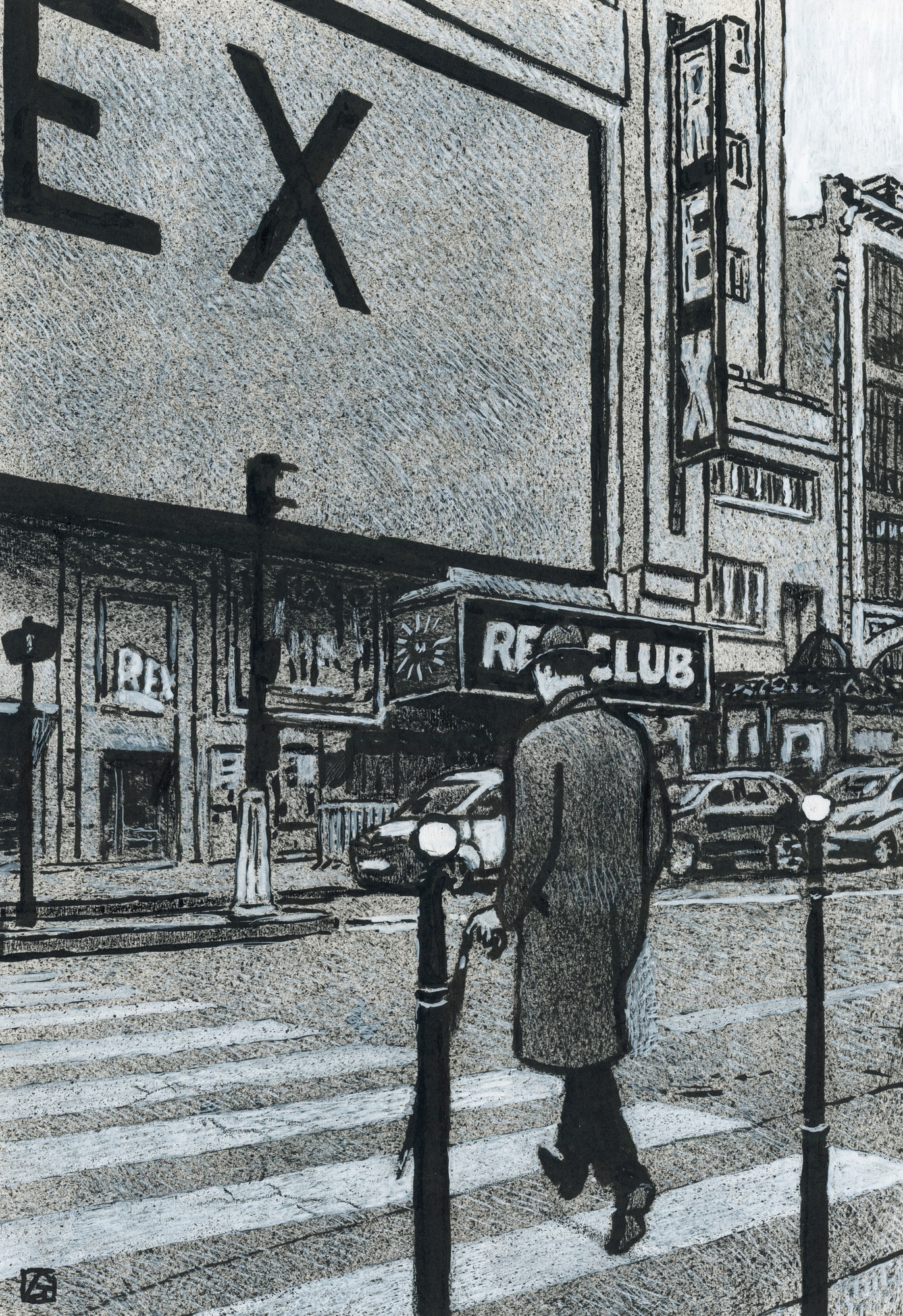 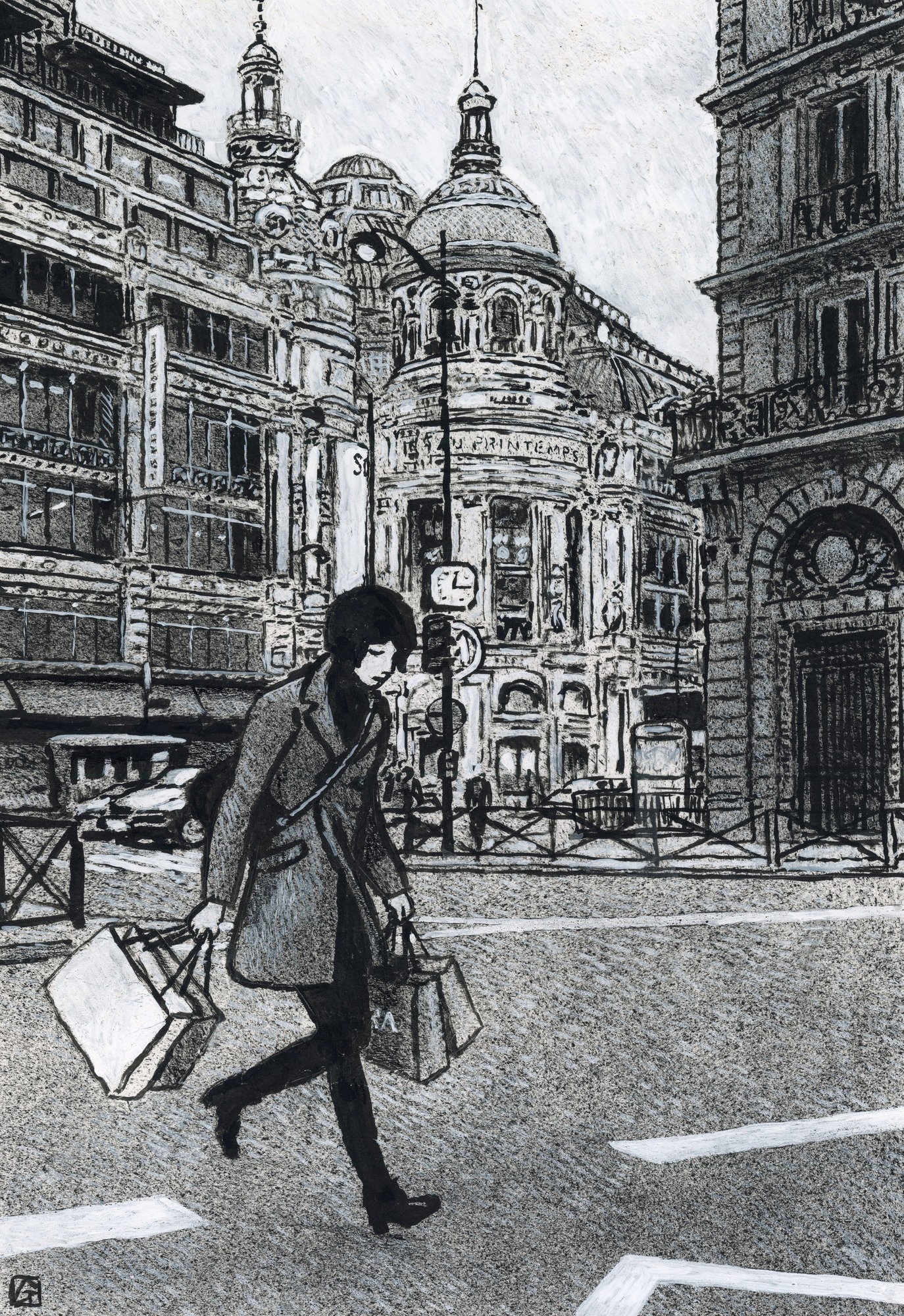 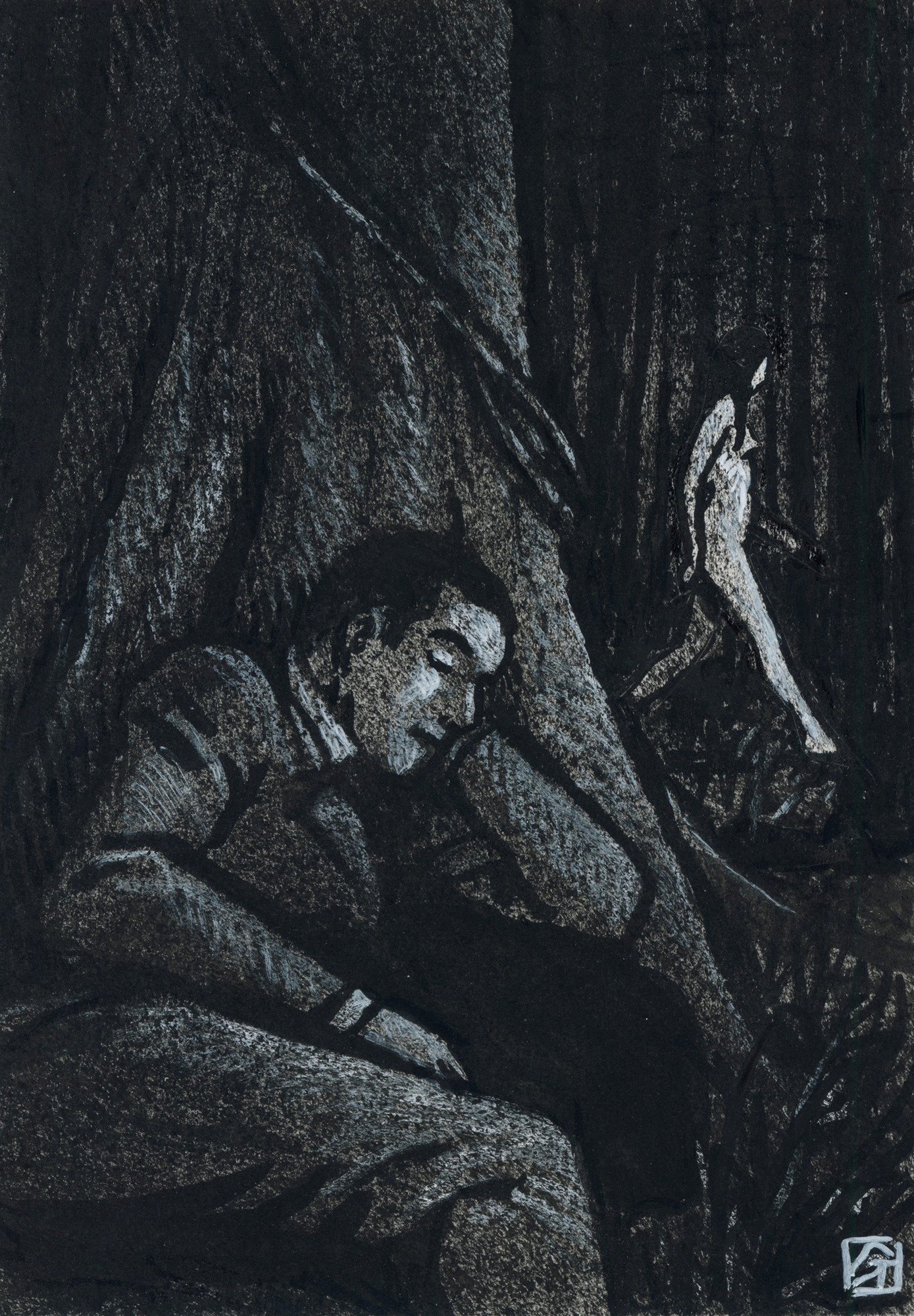 Jean-Claude Götting takes us with him as he roams around his beloved Paris, recording what he sees and bringing the city vividly to live in each of his drawings. Night and day, Götting captures with precision « his » Paris, the area of Montmartre where he lives and works, but also the Place de la Bastille, the Marais, the Tuileries gardens, the neighbourhood around the Eiffel Tower, Saint Germain des Prés... In his series « Traverser la nuit », a selection from which is showing in the gallery, we find the same emotions transposed to a more nebulous landscape, outside time, a shadowy world with sometimes a hint of dawn approaching, and the mystery surrounding these narrative images merely increases. Whatever the scene, these images are so many invitations to dream. With his works on paper, and thanks to an inimitable technique combining black, white and an infinite number of greys, Jean-Claude Götting captures precious moments that suggest both a before and an after, moments on to which the viewer is readily able to project his or her own private thoughts and longings. Huberty & Breyne Paris invites you to come and see these original new works (both on canvas and on paper) from the 26th of June to the 25th of July.