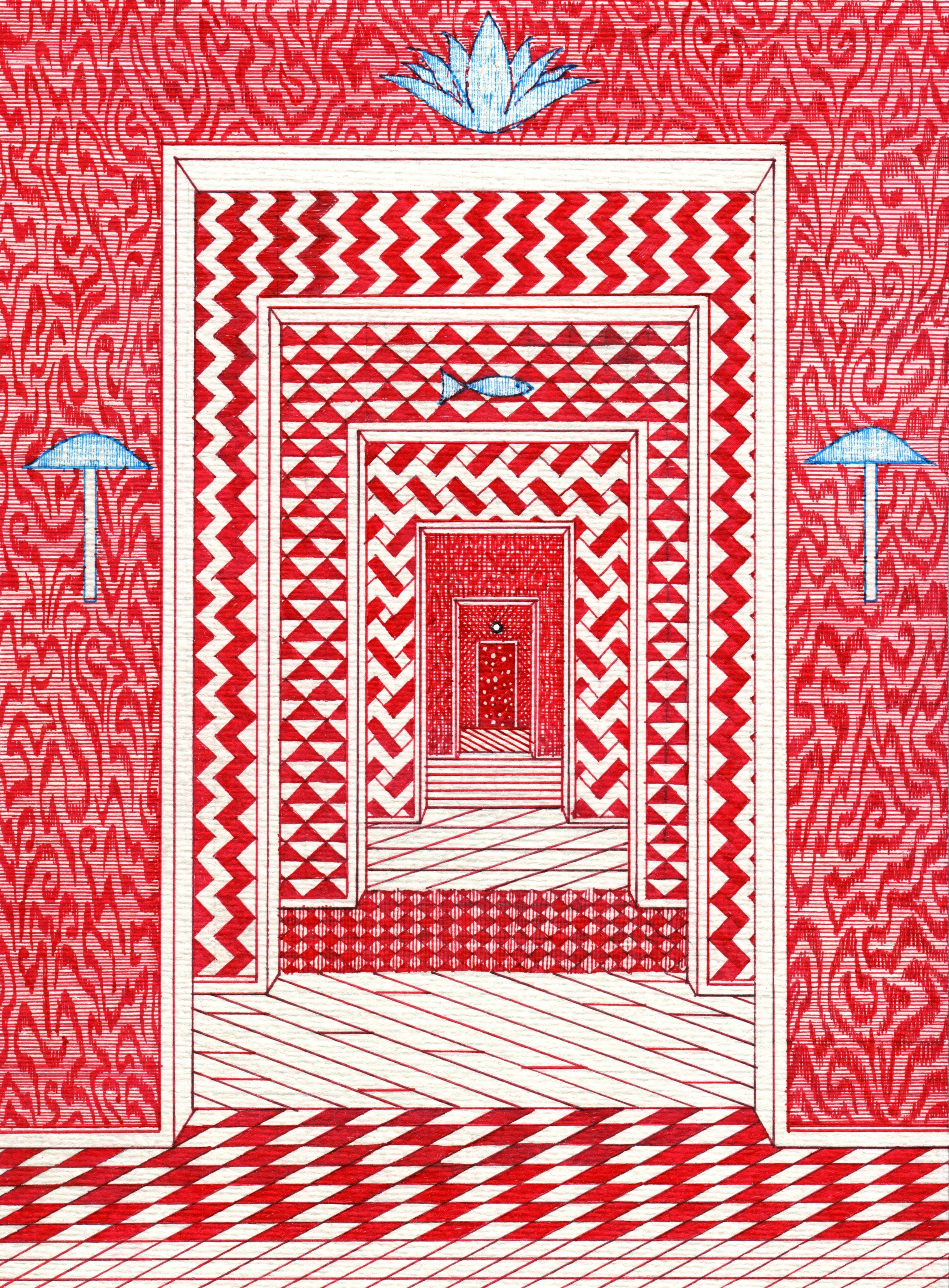 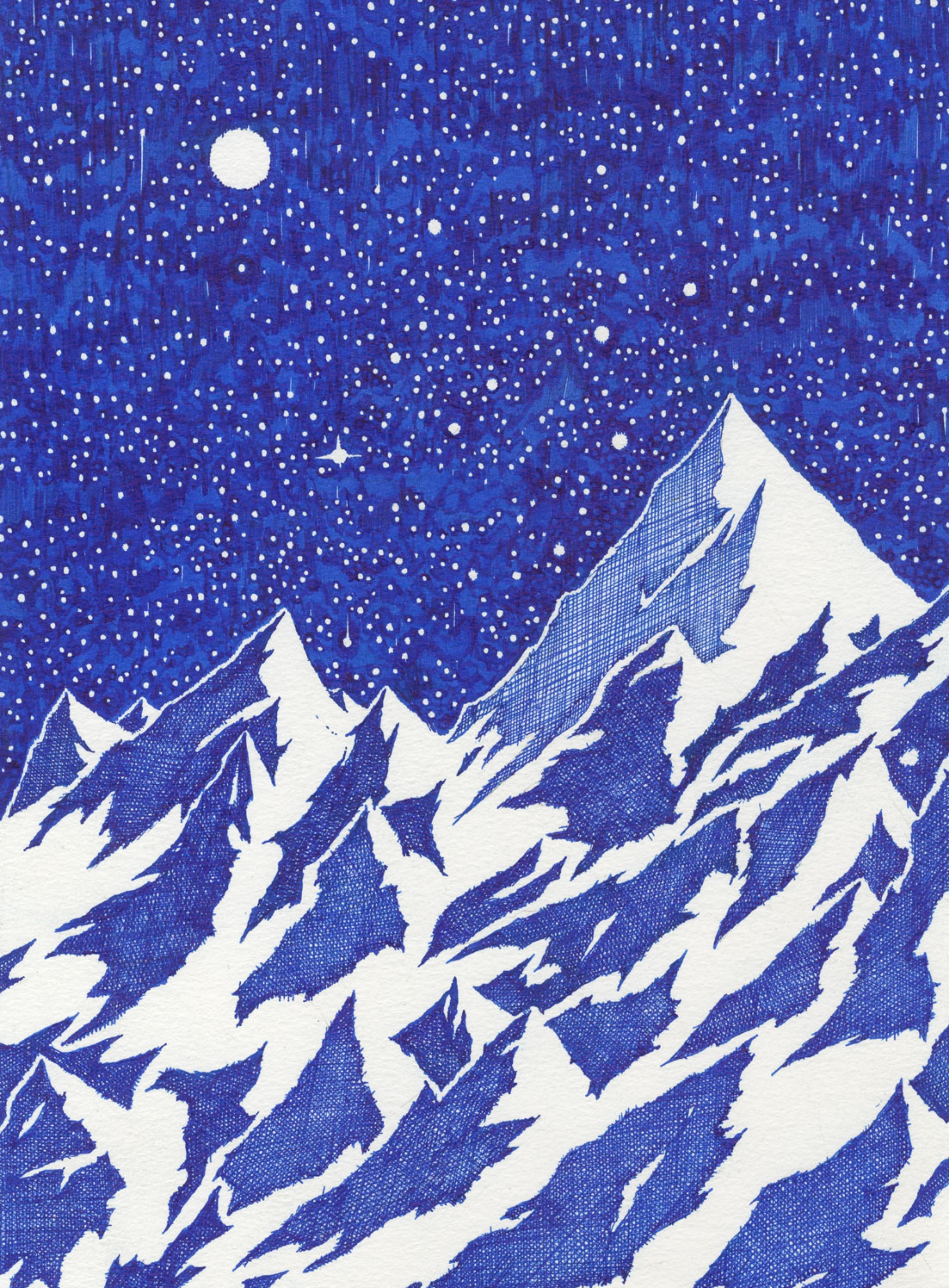 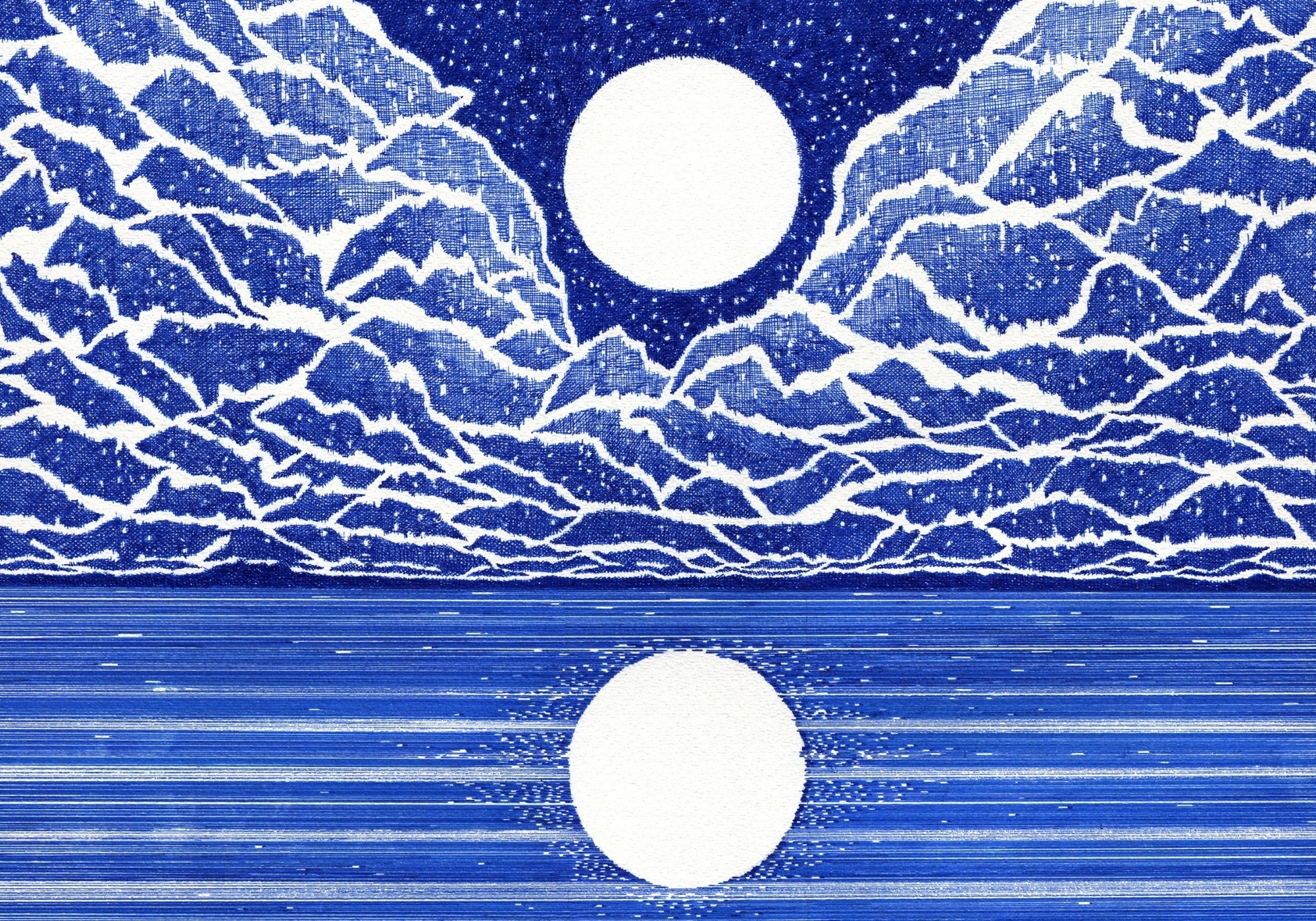 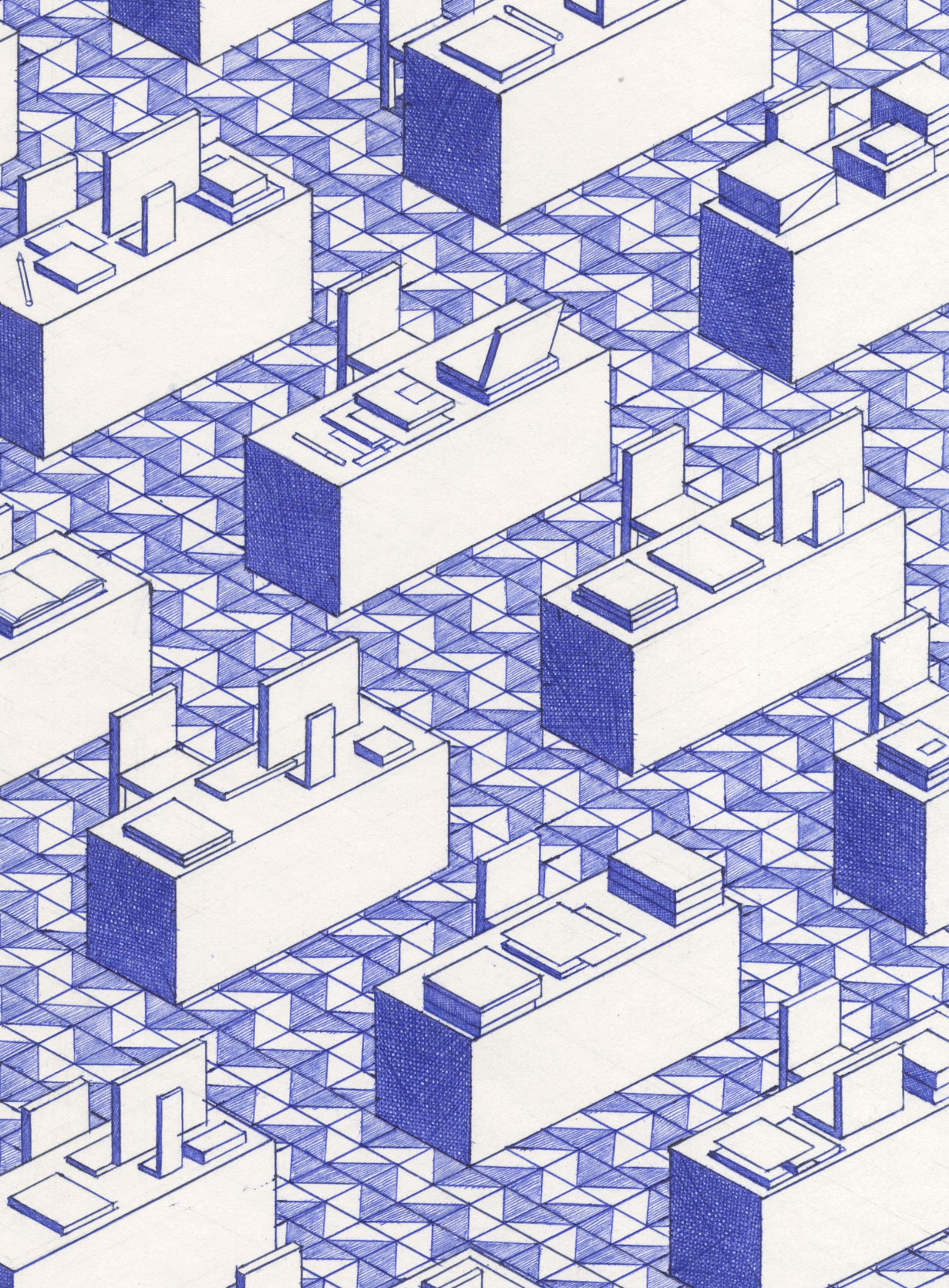 From 19 June to 24 July 2021, the Huberty & Breyne Gallery is delighted to be hosting "Blue and Red Lines" - an exhibition of more than thirty original works by Kevin Lucbert - at the gallery's Espace Rencontres in Paris. Executed entirely in biro, these creations immerse the viewer in a world of red and blue that is made up of geometrical forms, fanciful scenes and landscapes of the imagination.

The French artist Kevin Lucbert was born in 1985. He studied at EnsAD, the National School of Decorative Arts, in Paris, in the Printed Image department, graduating in 2008, and currently divides his time between Paris and Berlin. While he was at EnsAD, Lucbert teamed up with Yann Bagot and Nathanaël Mikles to create the Ensaders collective and the trio regularly puts on collaborative exhibitions, performances and led drawing workshops. Lucbert also works for The New York Times, Télérama, Les Échos and the Mondadori Group, and Starbucks, Hermès and BIC. The BIC Foundation has incorporated a number of his works in its contemporary art collection, which was recently on display at the Centquatre-Paris.

Lucbert's artistic references are wide-ranging (Alfred Kubin, Maurits Cornelis Escher, Philippe Mohlitz, François Schuitten and Benoît Peeters), but his style is very much his own. What he offers the viewer are finely drawn surrealistic landscapes and scenes composed of geometric motifs. His figurative approach leans towards simplification and abstraction of forms, focusing on straight lines and the use of shadow and contrasting areas of white, red and blue. Reminiscent of collage, his work brings together assorted elements to create new and surprising narratives.

"Blue and Red Lines" draws the viewer into a multifarious, dreamlike world that has a supremely haunting quality. Every image - whether cityscape, bedroom or room in a museum - contains an element of strangeness that disrupts the apparent tranquillity of the scene and awakens our curiosity.

The title itself is a modest one for such an exhibition. Might we perhaps see it as a joyous response to the paintings of Barnett Newman (Who's Afraid of Red, Yellow and Blue)- Or a mischievous allusion to minimalism and conceptual art- Lucbert's work suggests that there is more to be gleaned from simple forms in art and that a mark on the page - if it is new and original - can change the world and the way we see things. "Less is more", as Ludwig Mies van der Rohe remarked, and these three words are so apposite when we consider Lucbert's oeuvre that all the foregoing suddenly seems redundant.