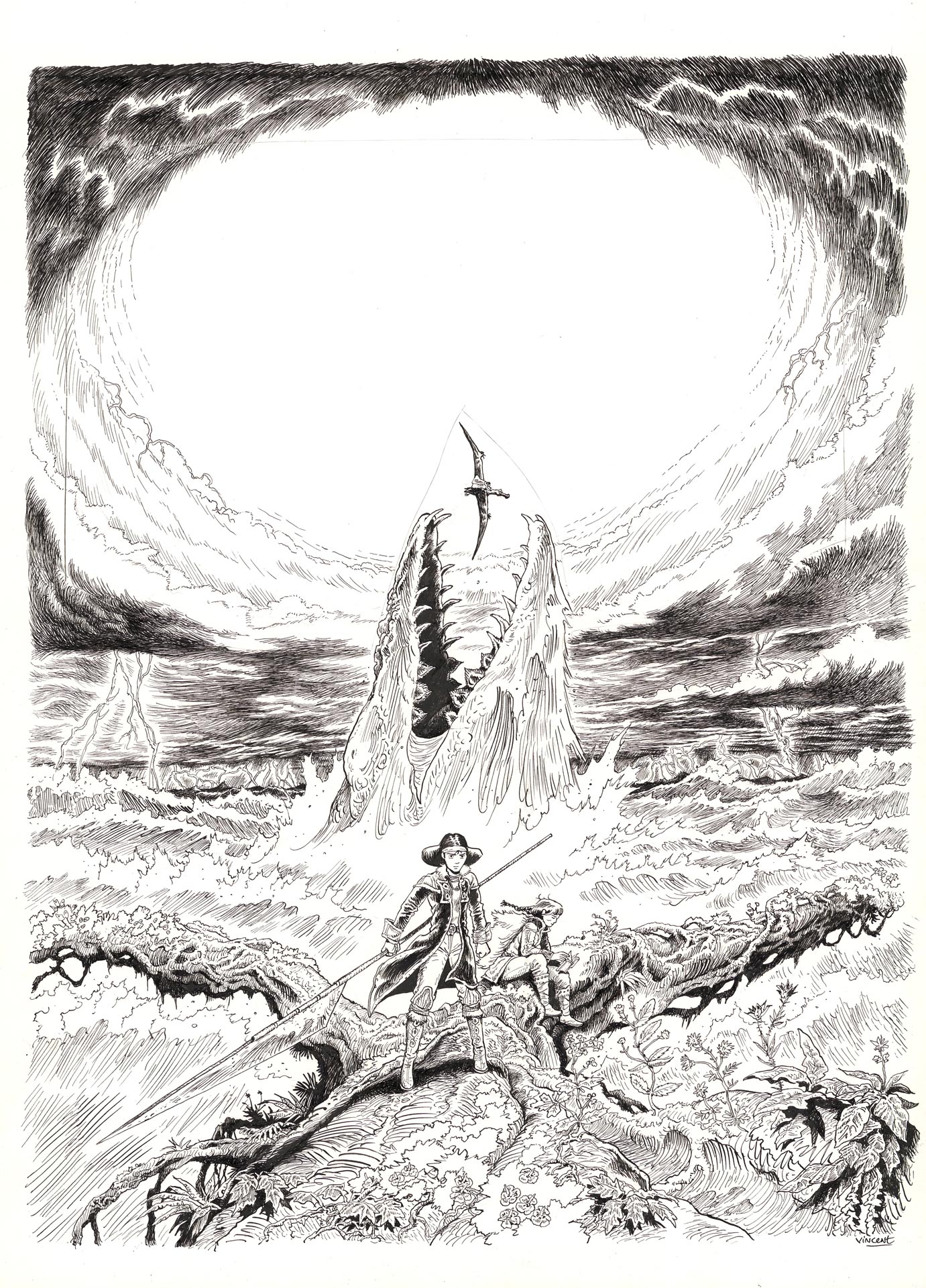 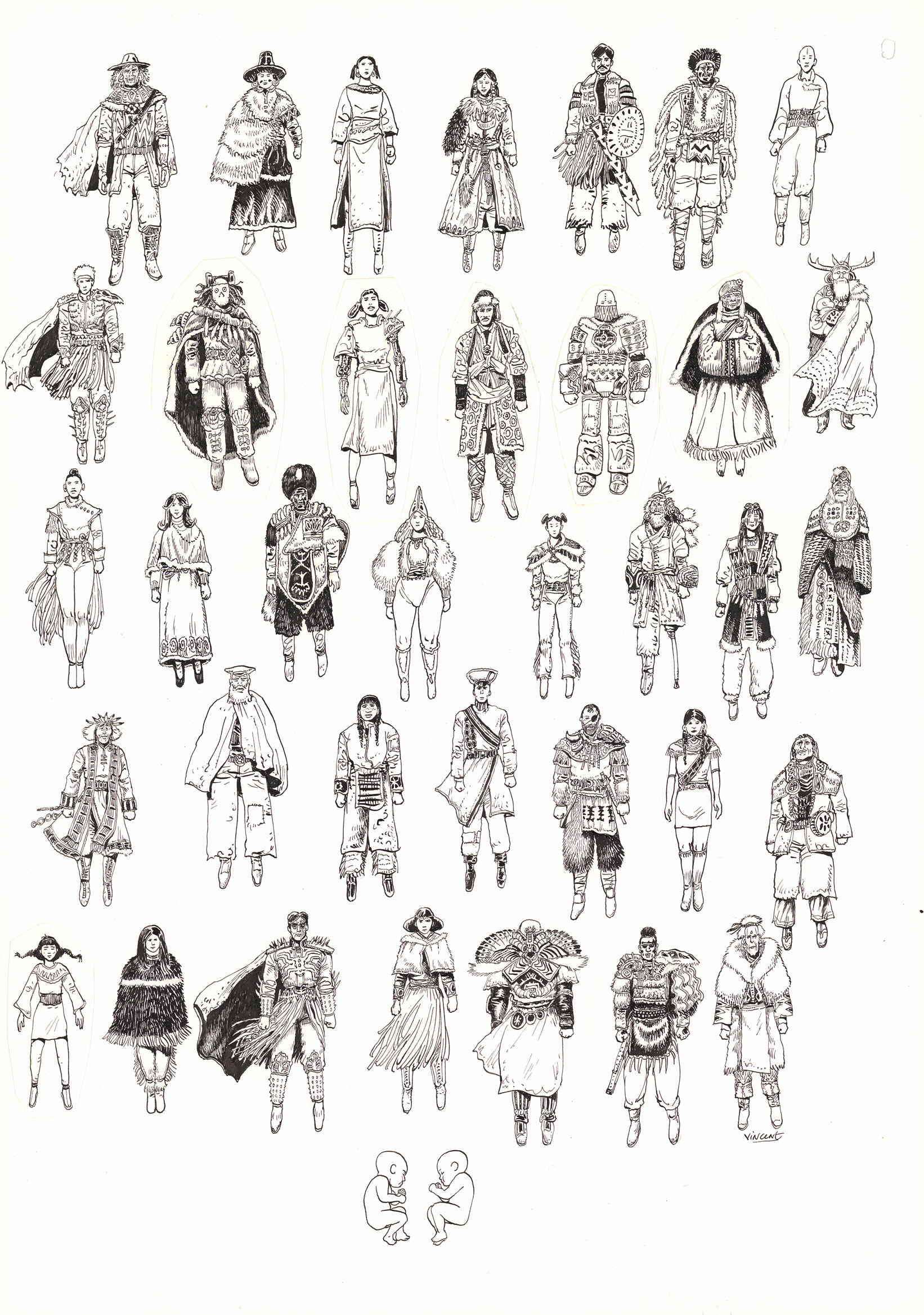 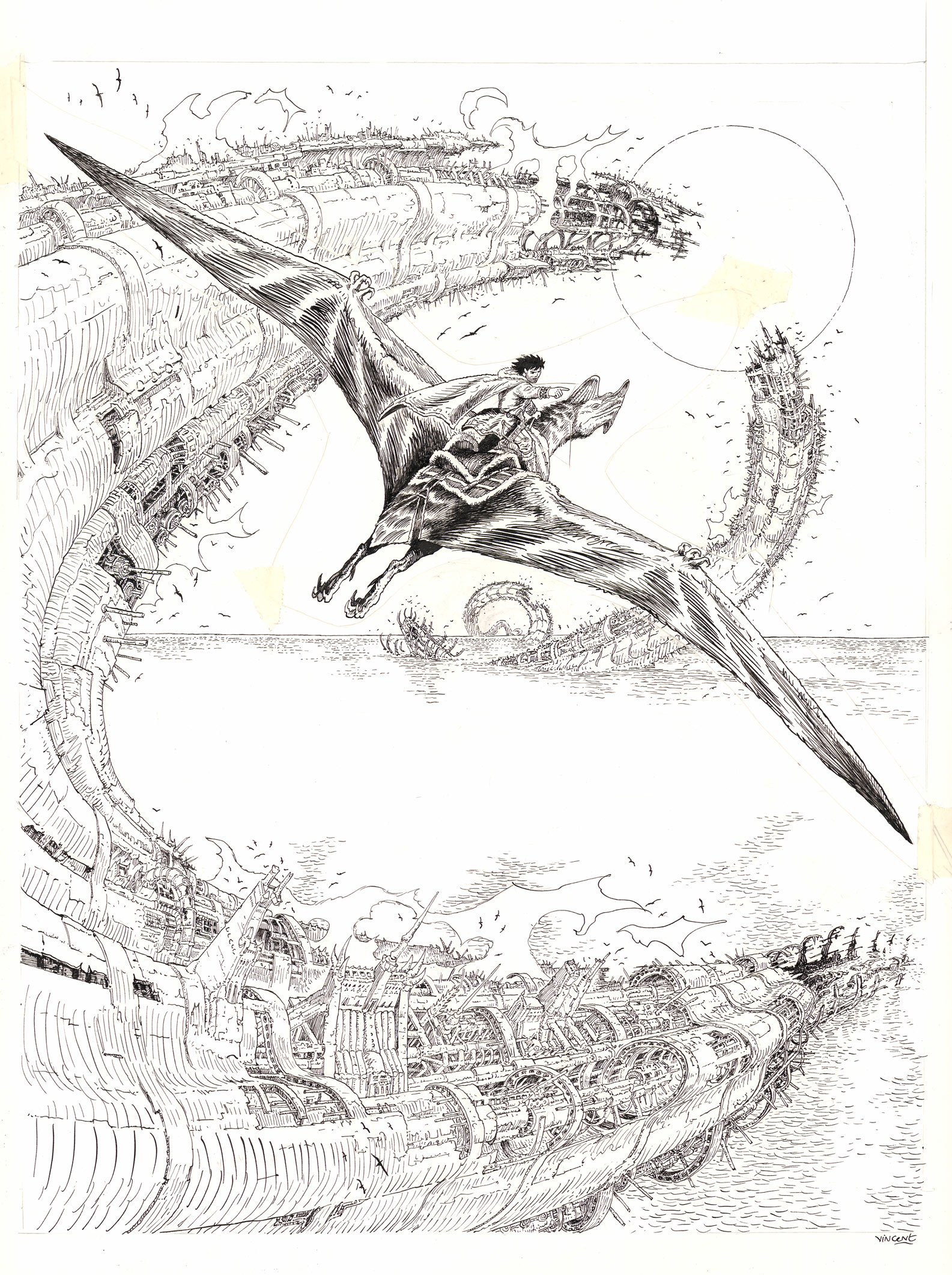 From 2 to 18 September 2021, the Huberty & Breyne Gallery in Paris is delighted to be showing the work of artist Vincent Perriot (born in Olivet in 1984). On display will be original plates from volume 1 (2018) of Perriot's flagship series Negalyod together with - by way of exclusive world preview - a selection of original plates from volume 2, Le Dernier Mot, due out with Casterman on 29 September 2021.

Vincent Perriot is passionate about drawing and won critical acclaim for his work from a very young age. In 2001, when he was only seventeen years old, he received the Great Golden Squirrel Award at Angoulême and then, in 2005, the Prize for Young Talent. In 2010, he and Arnaud Malherbe were together awarded the City of Saint-Malo Youth Comic Book Prize, and in 2019, Perriot won the Prix Saint-Michel (awarded by the City of Brussels) for best story with Negalyod - the focus of this exhibition.

Perriot studied at the School of Fine Arts in Angoulême. His first publishing success was with a handful of independents (Coconino, Clafoutis, Éditions de la Cerise), but it was through adventure comics (Taïga Rouge with Dupuis Aire Libre, Belleville story and Paci with Dargaud) that Perriot really made his mark, while with Negalyod, published by Casterman, he has reinvented himself to become a modern-day classic.

This latest saga skilfully broaches some of the big issues faced by society today, but through the medium of science fiction. In the first volume, the dinosaur shepherd Jarri resolves to go to the capital and avenge the destruction of his herd by the "Great Network". What follows is a battle of hope and humanity fought within the context of a techno-scientific dystopia. Thus, in volume 2, we see thousands of survivors taking to the sea in search of new potential. The viewer is fully engaged with these creative processes, captivated by the storyline and the energy and precision of the author's immersive drawing style.

Perriot depicts scenes full of grandeur and realism - sprawling cities and natural landscapes populated by myriads of animals and humans. He lets his images burst out of the frame and distorts perspectives. Evoking our relationship with the earth and the elements, he flirts with mysticism in a manner reminiscent of a film by Tarkovsky. He is inspired by Moebius and his "technical and spiritual investment of every instant". And he brings to mind Miles Davis thanks to his ability to improvise with freedom and the precision that such improvisation demands.

For Perriot, the act of exhibiting these original plates is an essential and joyful one, since it allows him to communicate a part of his life to the viewer. The fruits of six years' work, they embody a vision of the present and of the future that is simultaneously open and introspective. Within the novel context of this exhibition, the dialogue set up between each of these works engenders new narratives. The author regards these plates as living: every pencil stroke, however small or expansive, reflects a particular mood at a particular moment in time. Each work is a new look at the world, a combination of imaginative ingredients that merely asks to be (re)interpreted.

Therein lies the challenge for this exhibition... To enable Perriot's readers to become, for the duration of the show, agents in a creative process. To invite art lovers to immerse themselves in an uncompromising graphic narrative. And to highlight just how far the comics medium has the potential to invite other arts to the table in order to fulfil its own singular role.