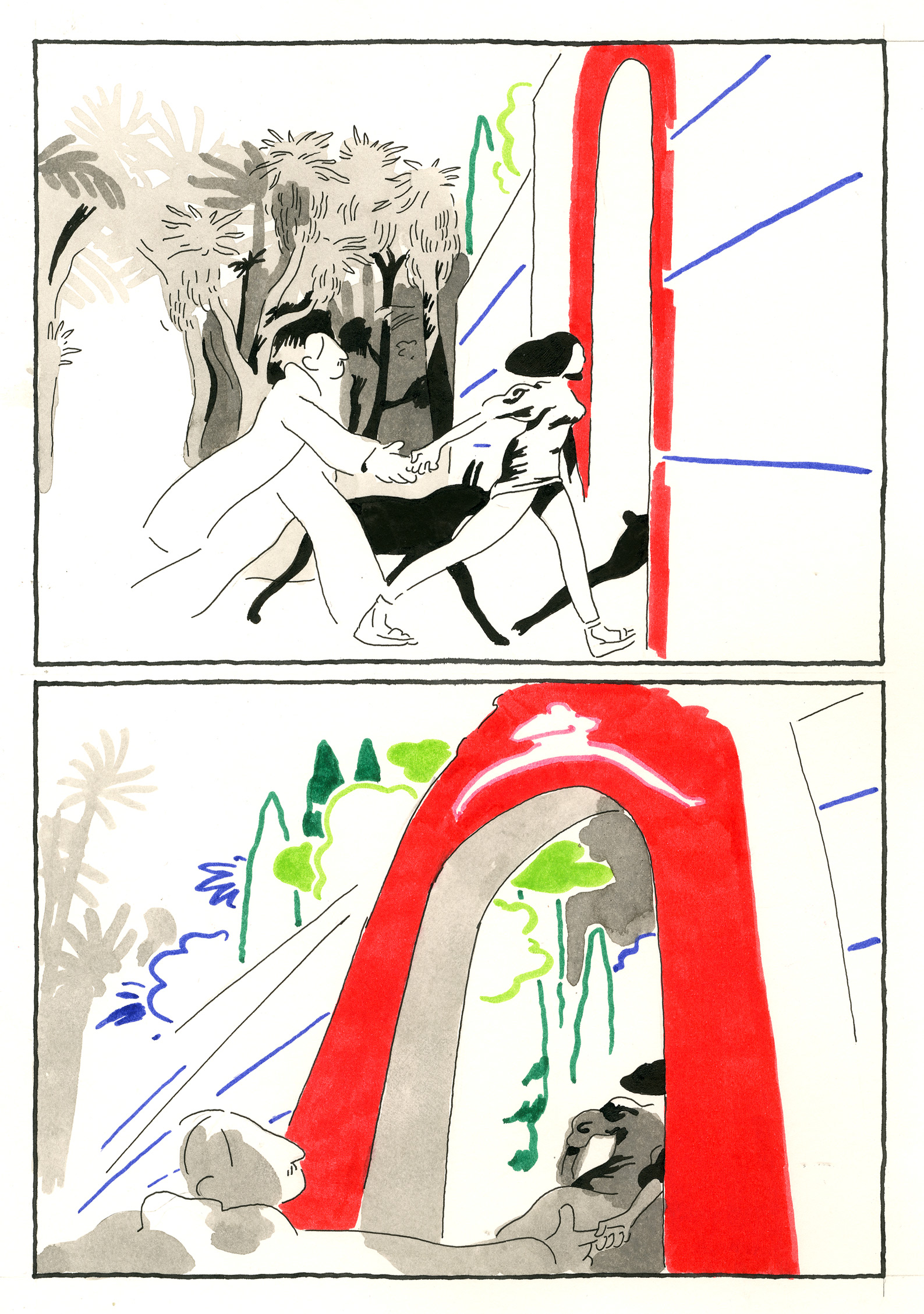 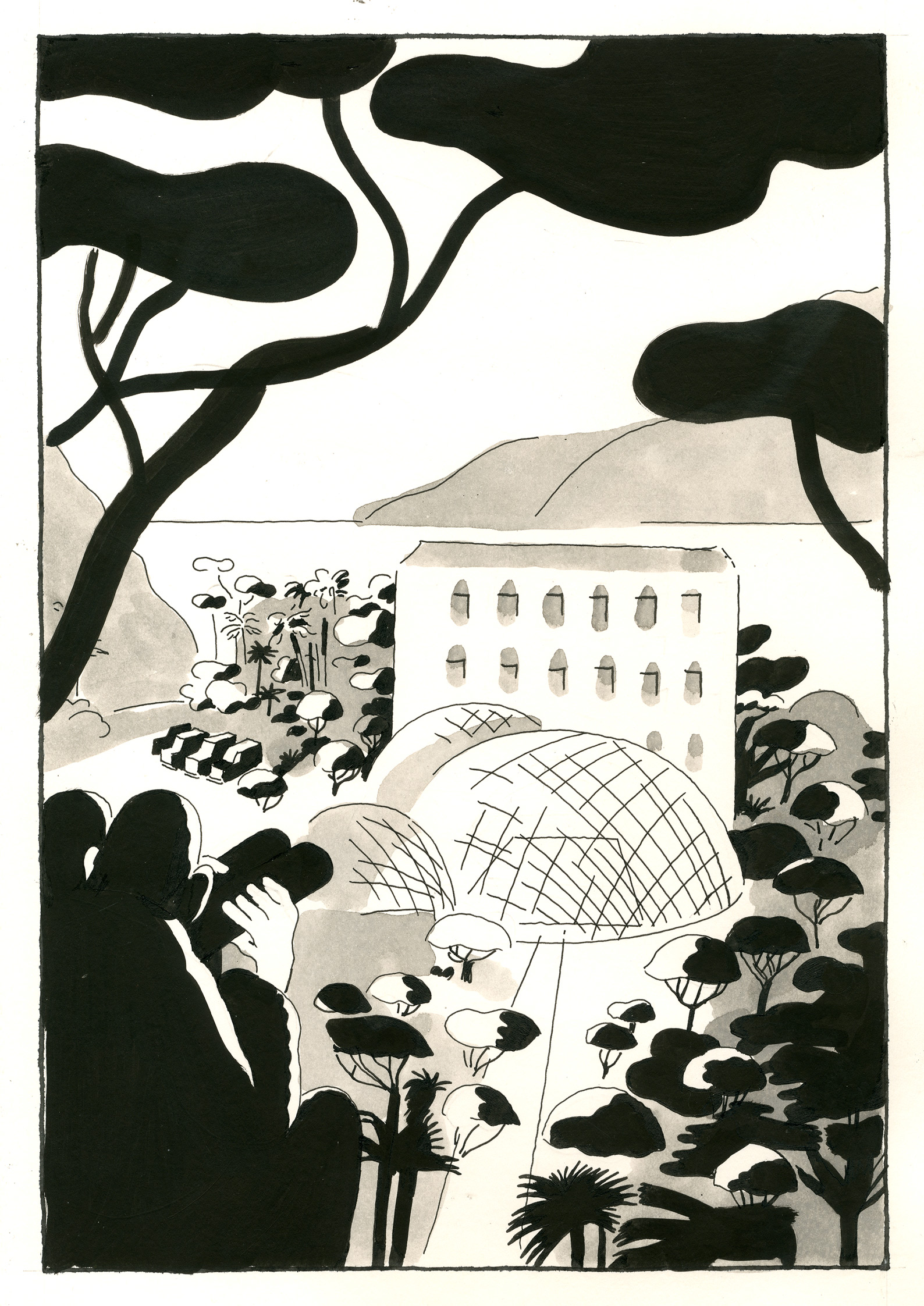 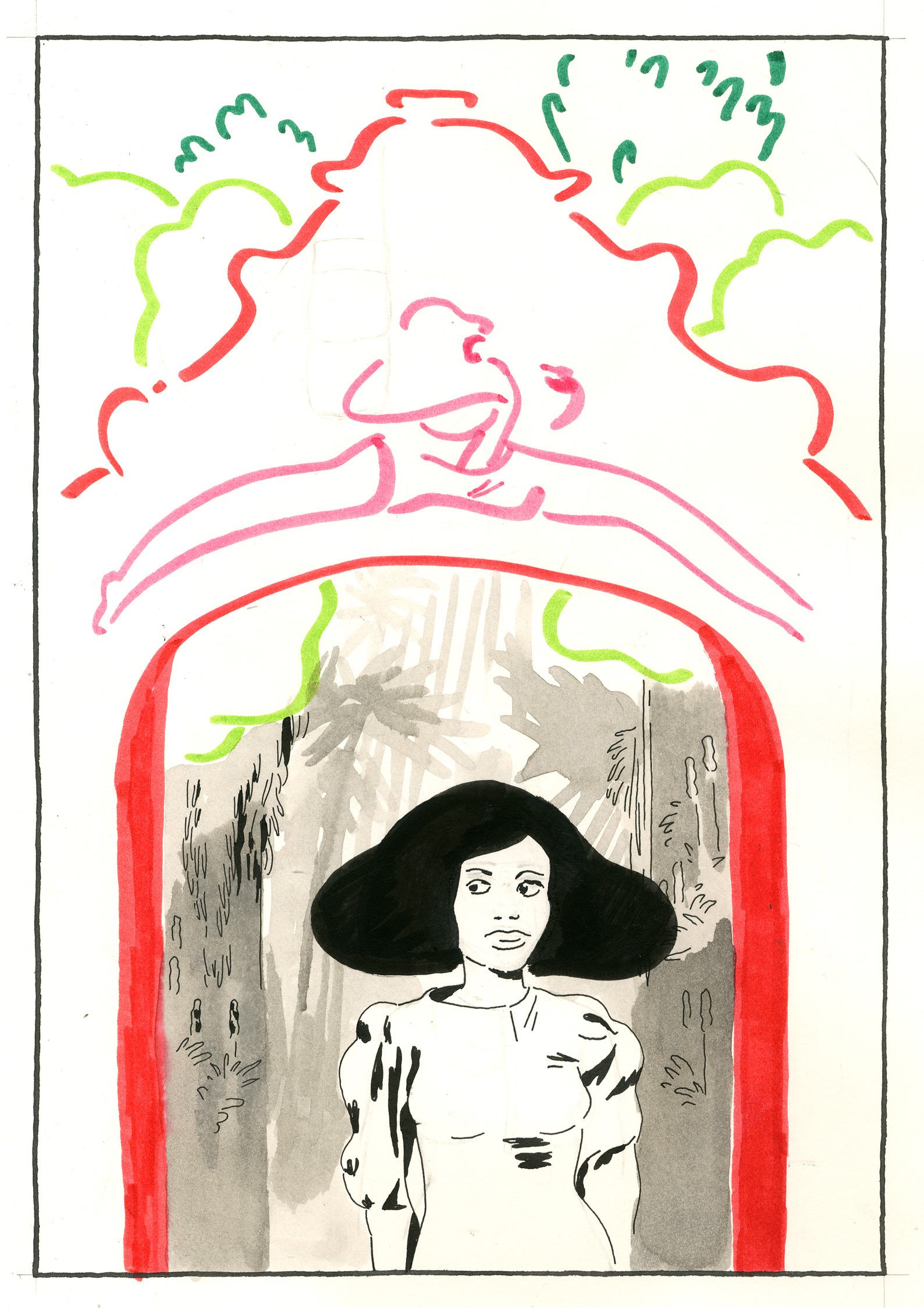 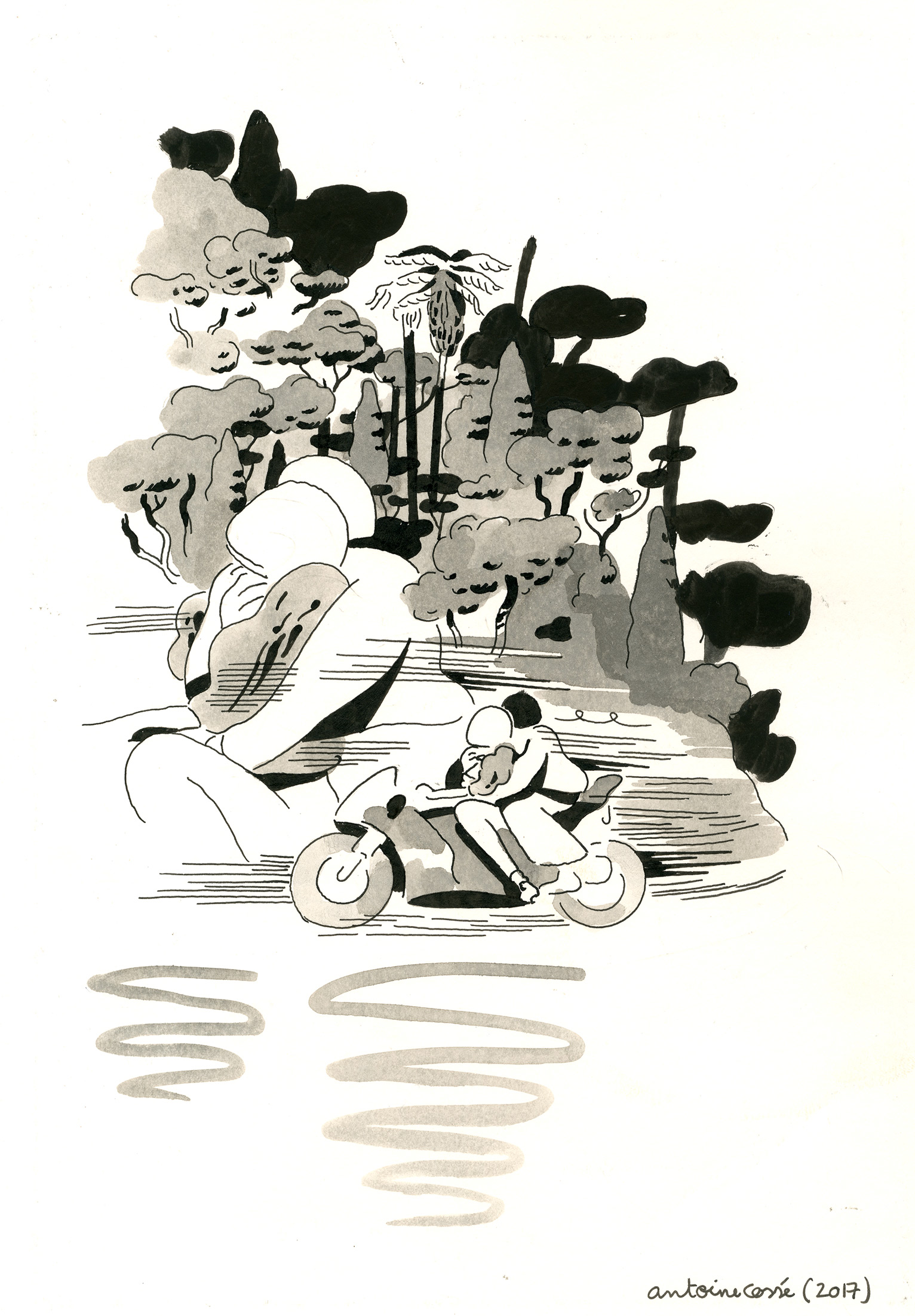 Antoine Cossé grew up in a suburb of Paris, where from an early age he showed a keen interest in the world of visual images. Since moving to London and graduating from Camberwell College of Arts in 2006, he has received regular commissions for illustrations from the British, American and French press (The Guardian, New York Times and Les Inrocks). Alongside his illustrating, Cossé has also been busy producing cartoons, publishing independently or with the likes of Les Requins Marteaux, L'Employé du Moi and Breakdown Press, very much on the margins of mainstream comics publishing. His new album, Métax, is due in 2022 from American publisher Fantagraphics and from Cornélius in France.

Huberty & Breyne is delighted to be showing a selection of original pages from four of Antoine Cossé's published albums. La Baie des Mutins, Showtime, La Villa S. and NWAI - each of them in a radically different genre - demonstrate the elegance and power of an extraordinary artistic universe. Antoine Cossé is definitely an artist to watch out for.