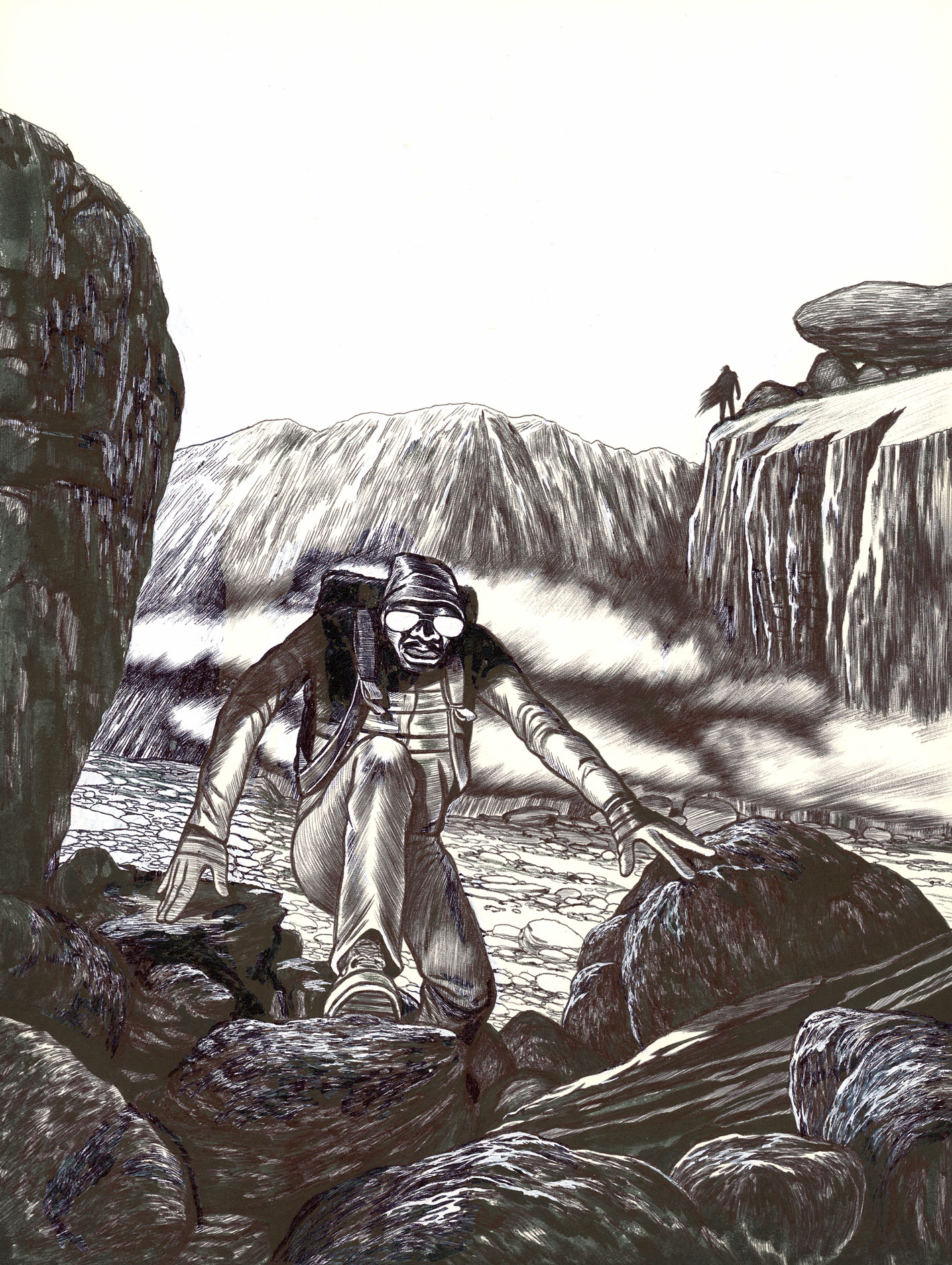 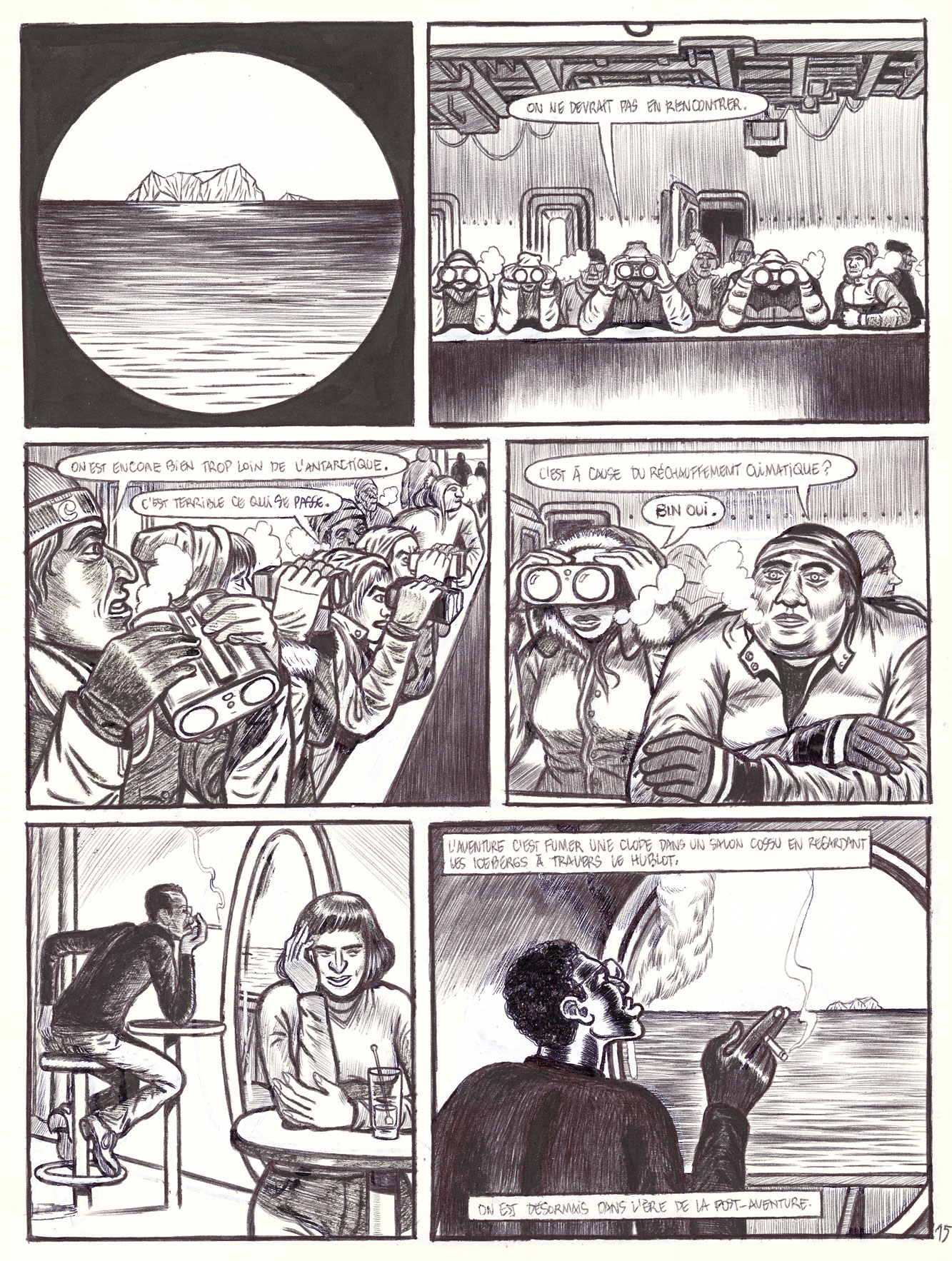 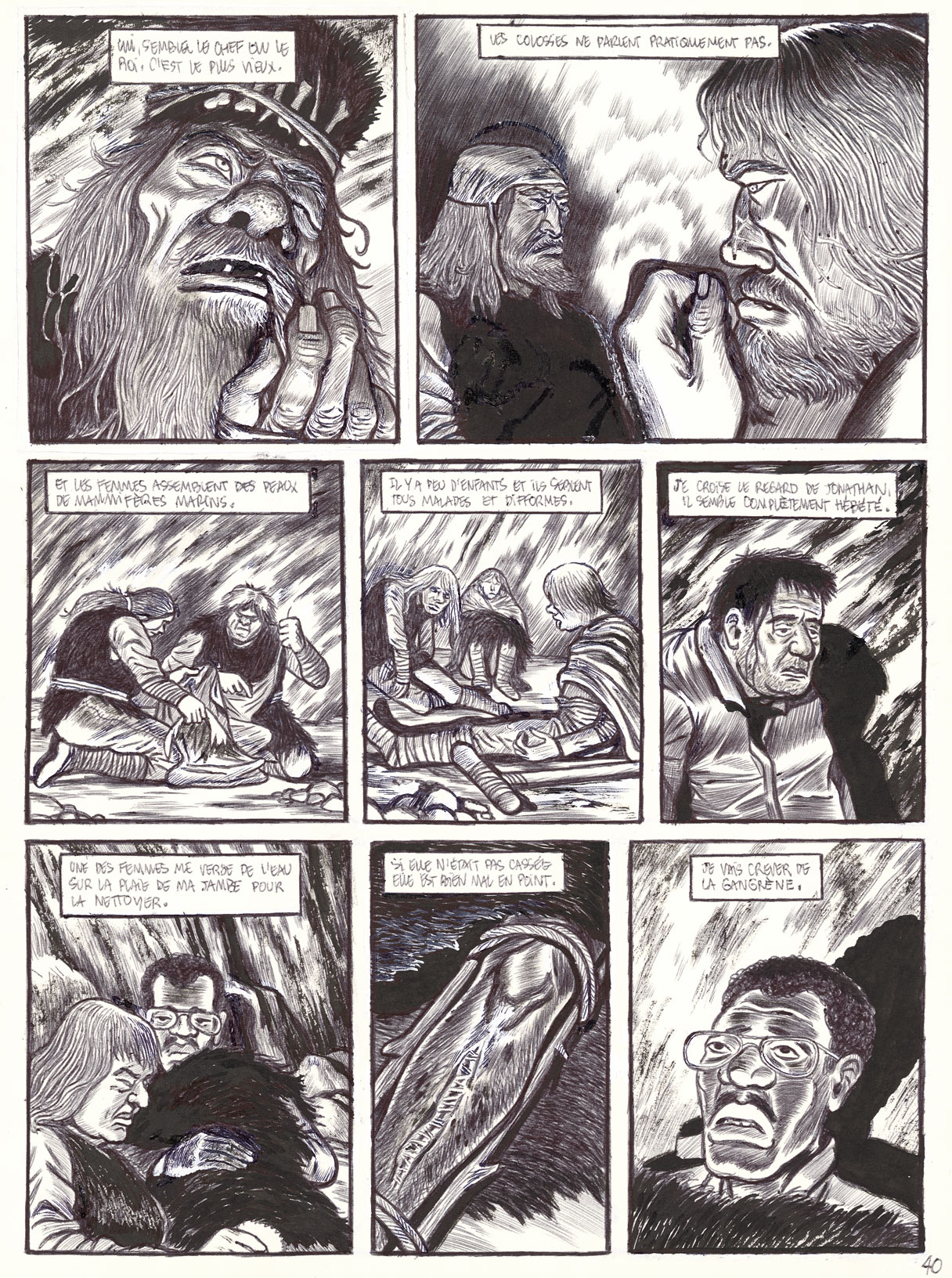 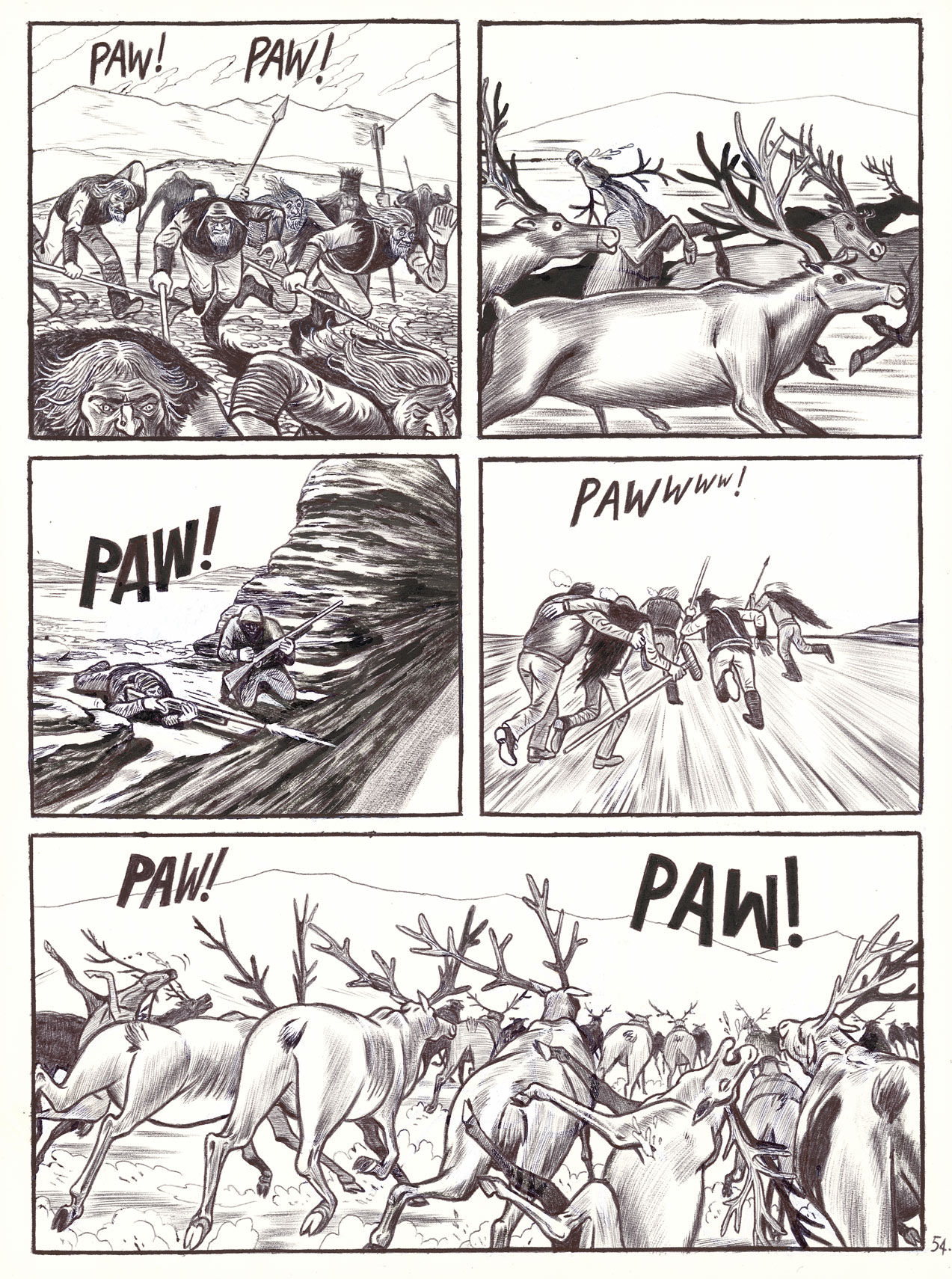 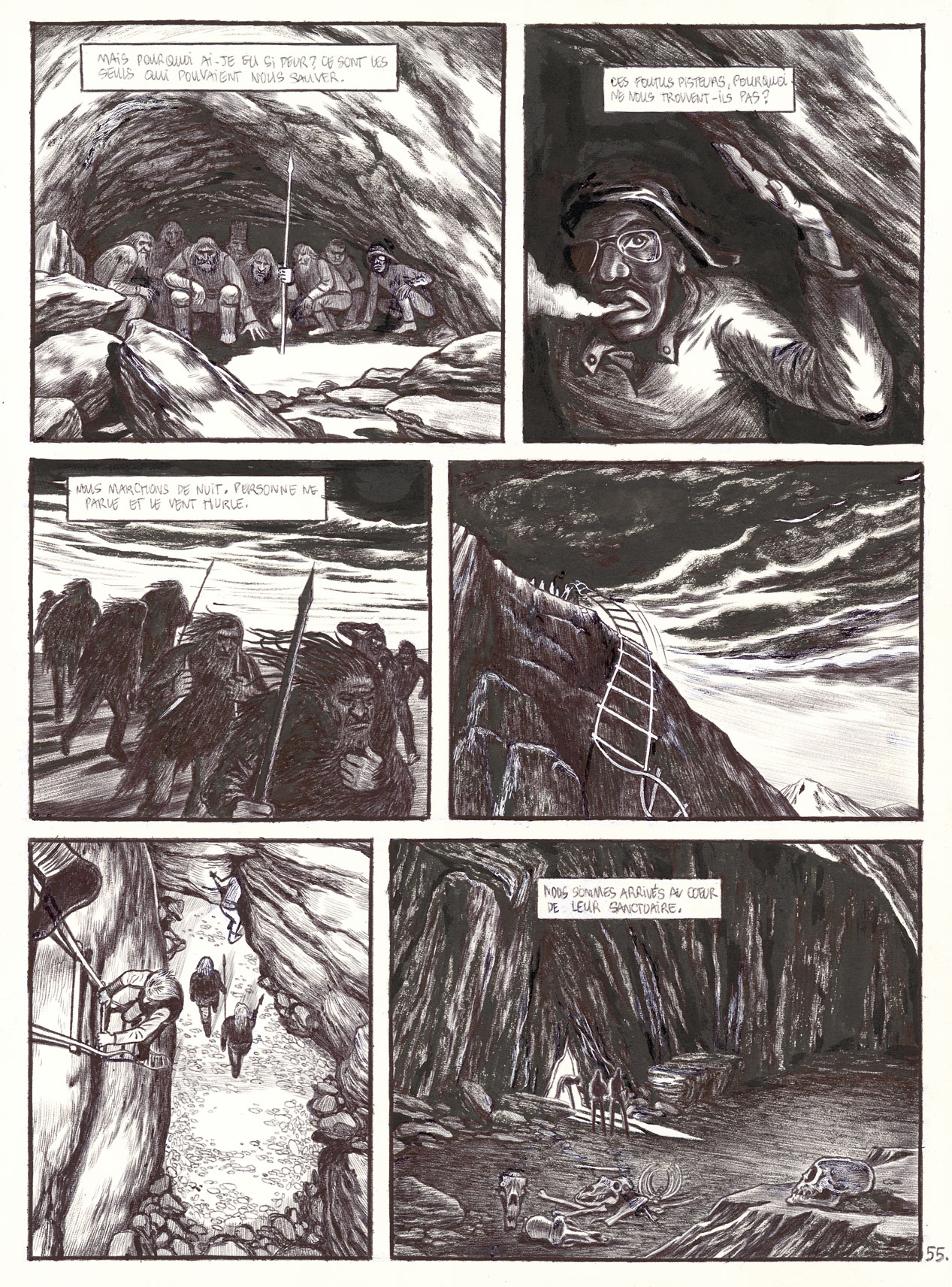 Christophe Gaultier (Le cirque aléatoire, Robinson Crusoé, Donjon, Arsène Lupin…) is a wizard with a ballpoint pen. In his new album, La désolation (Éditions Dargaud) – an official selection at the 2022 Angoulême International Comics Festival – Gaultier has created a series of splendid pages illustrating Appollo’s script. The story focuses on the character of Évariste, a man reeling after a romantic break-up and facing a key turning point in his life. In the hope of reinventing himself, Évariste sets sails for the Kerguelen – or Desolation – Islands with a team of scientists aboard the Marion Dufresne. La désolation starts out as a tale of introspection; but once Évariste sets foot in this most remote of regions the story changes, involving angst of a very different kind. Gaultier’s original plates, executed on beautiful 300g Fabriano satin grain paper, do full justice to the energy of the story’s central character, while the effects of the craggy landscapes, drawn in ballpoint and brush pen, are simply breath-taking. Visitors are invited to come and view a special selection of Gaultier’s images in our new gallery space at 4 rue de Miromesnil, Paris 8ème.