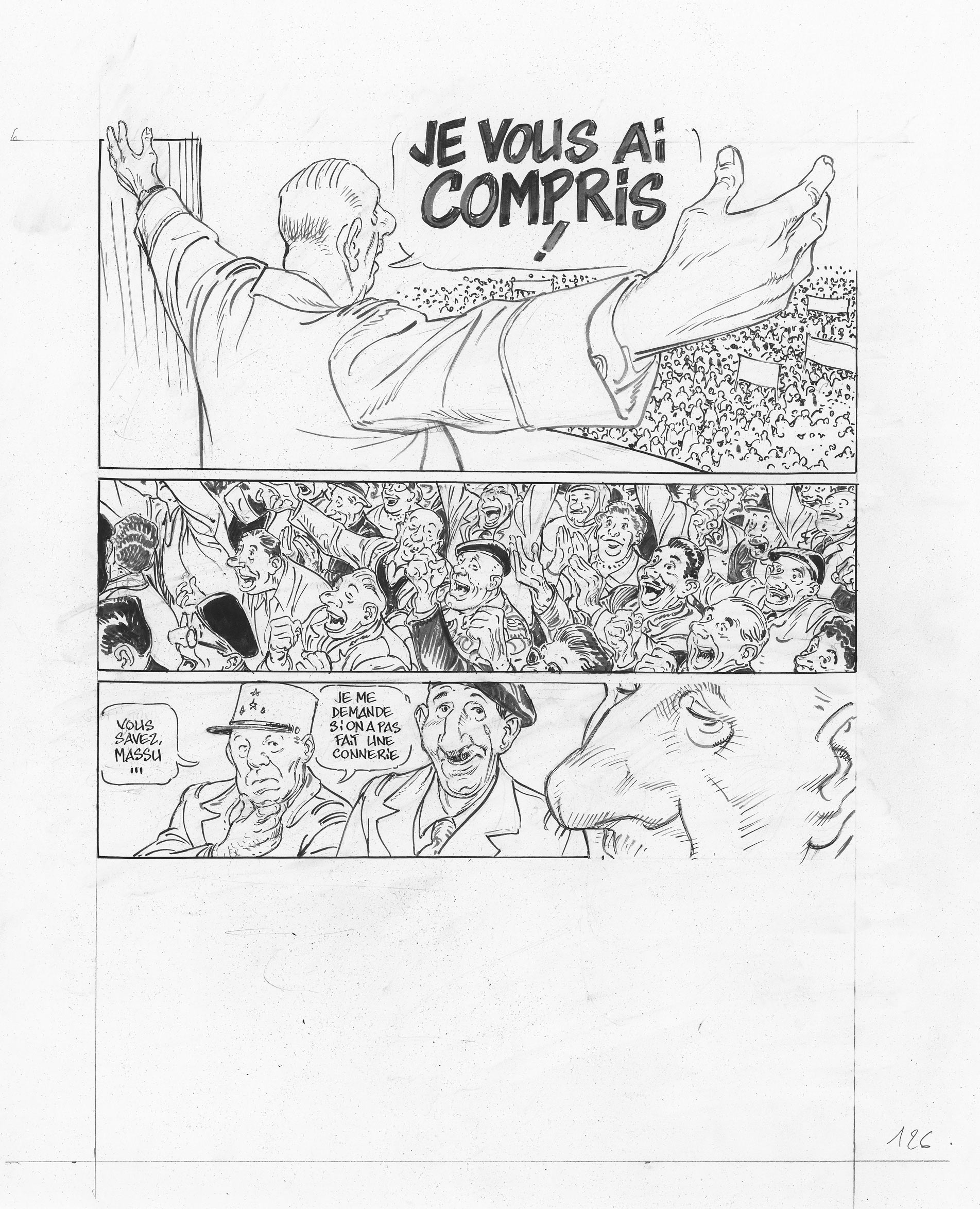 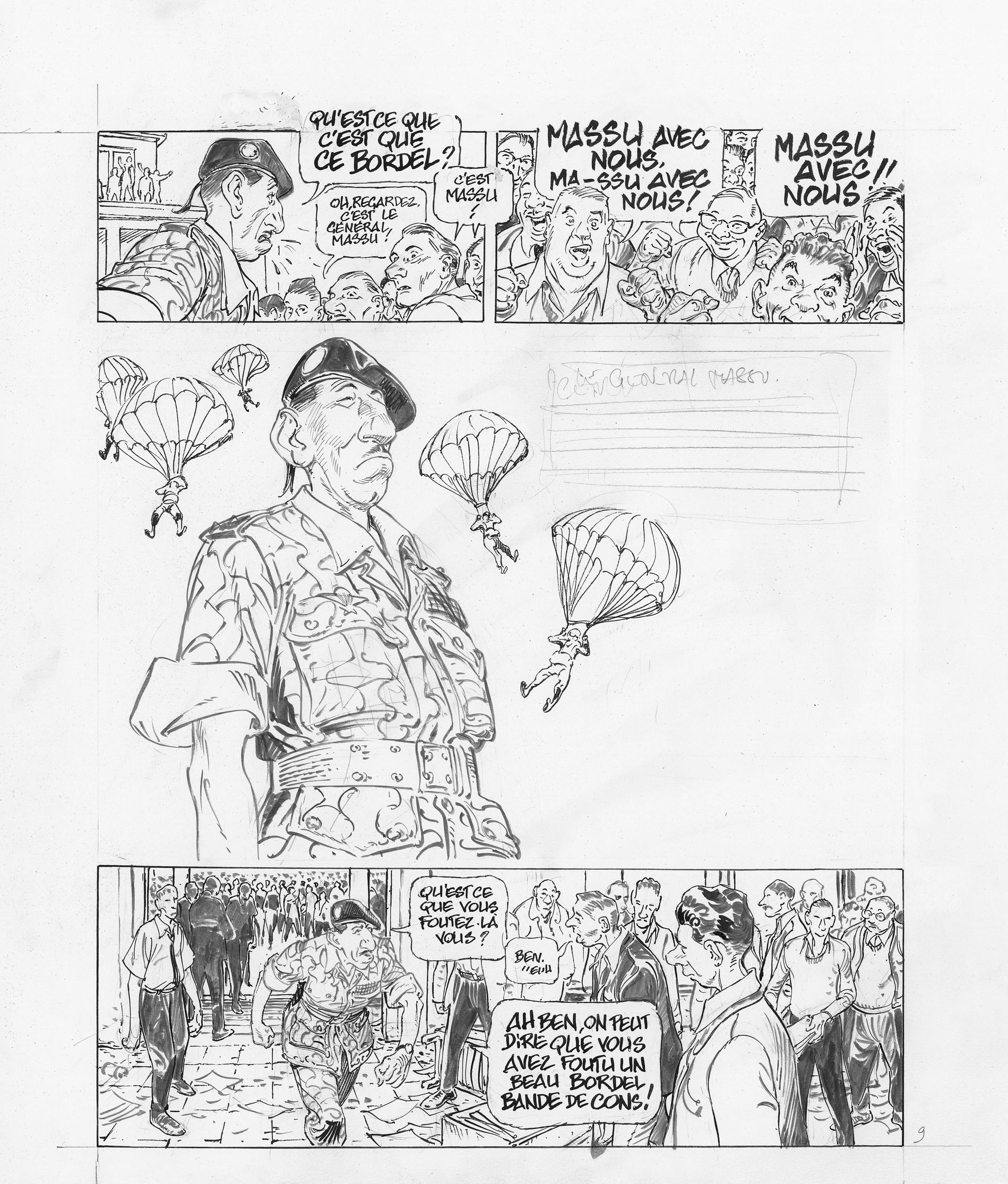 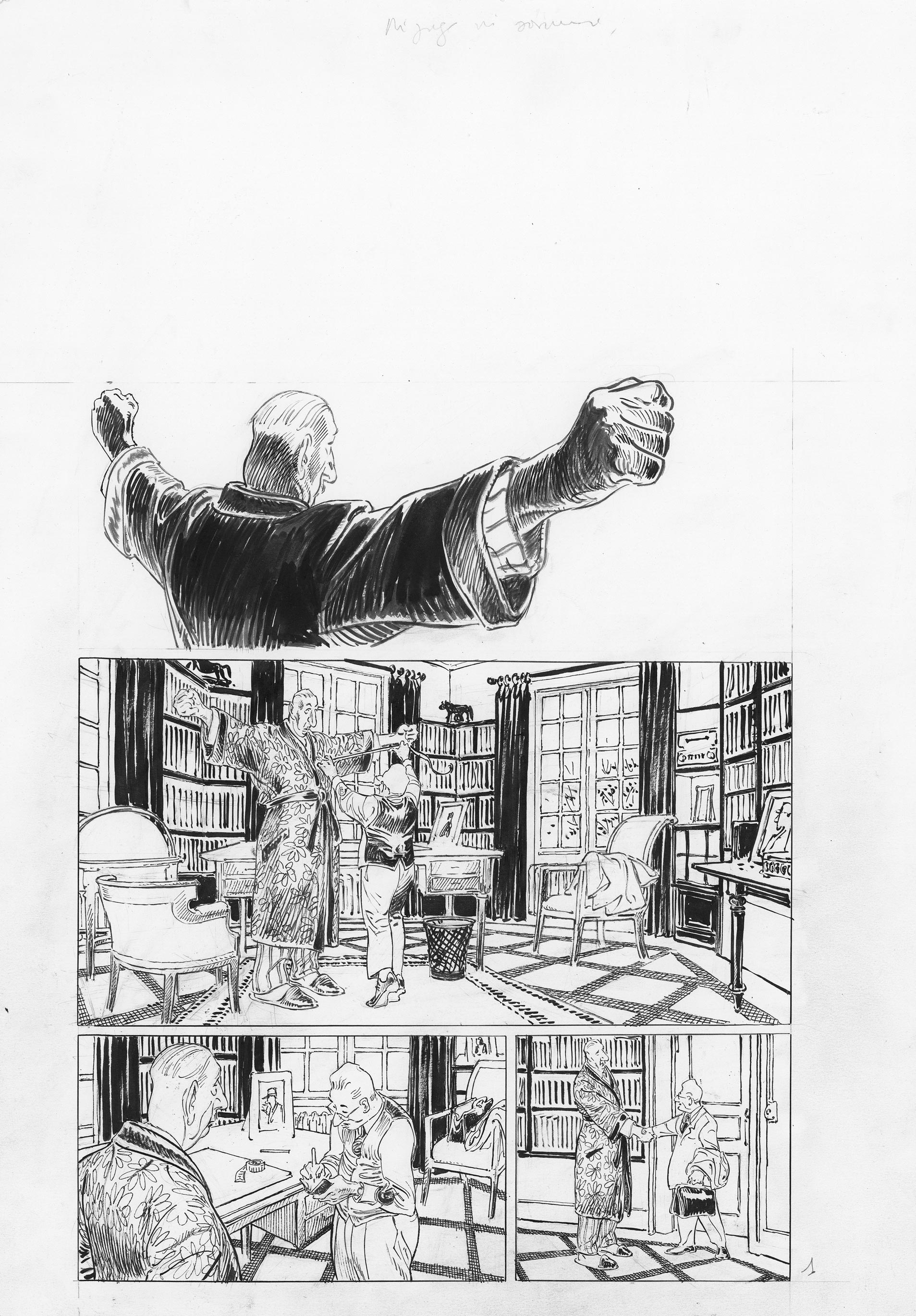 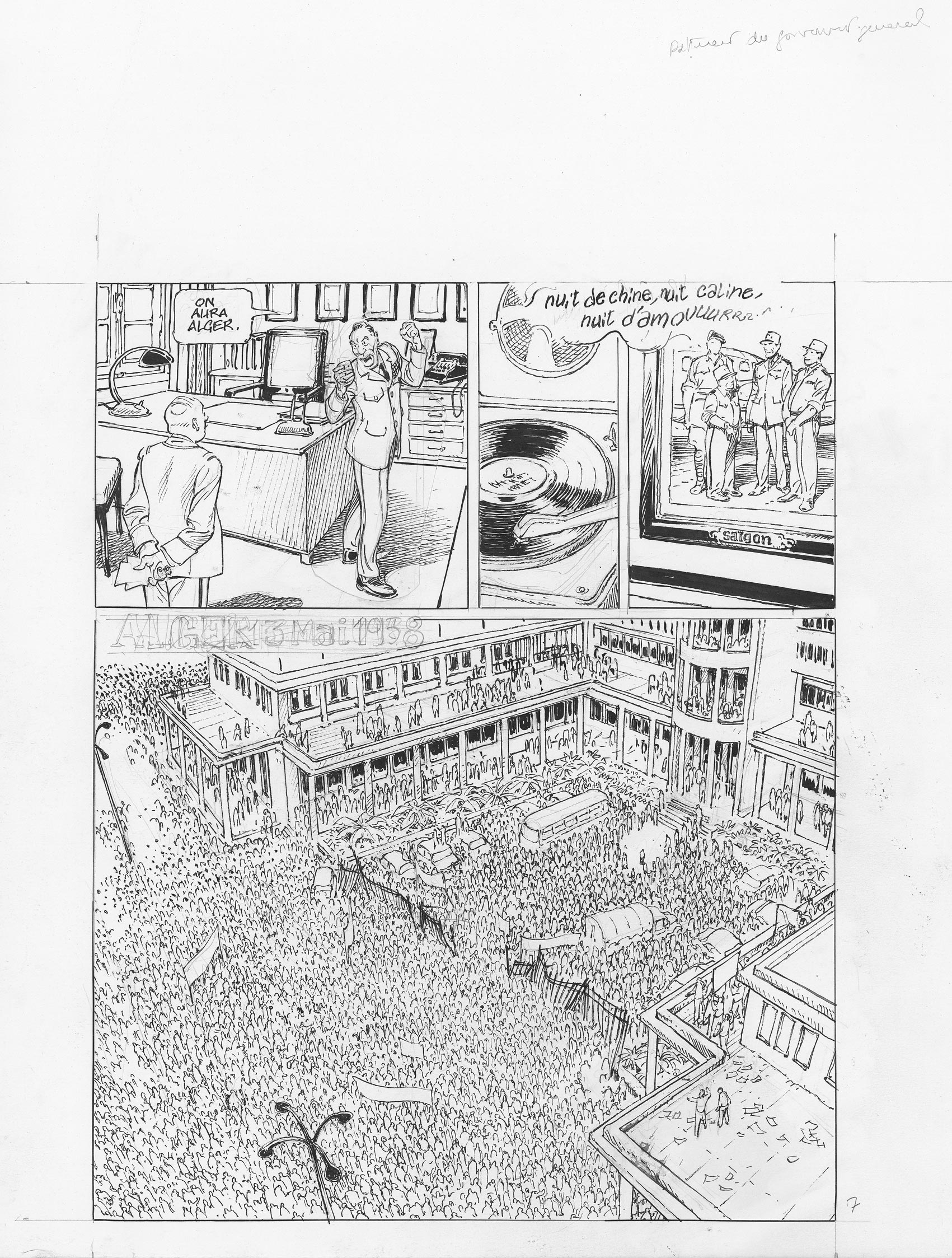 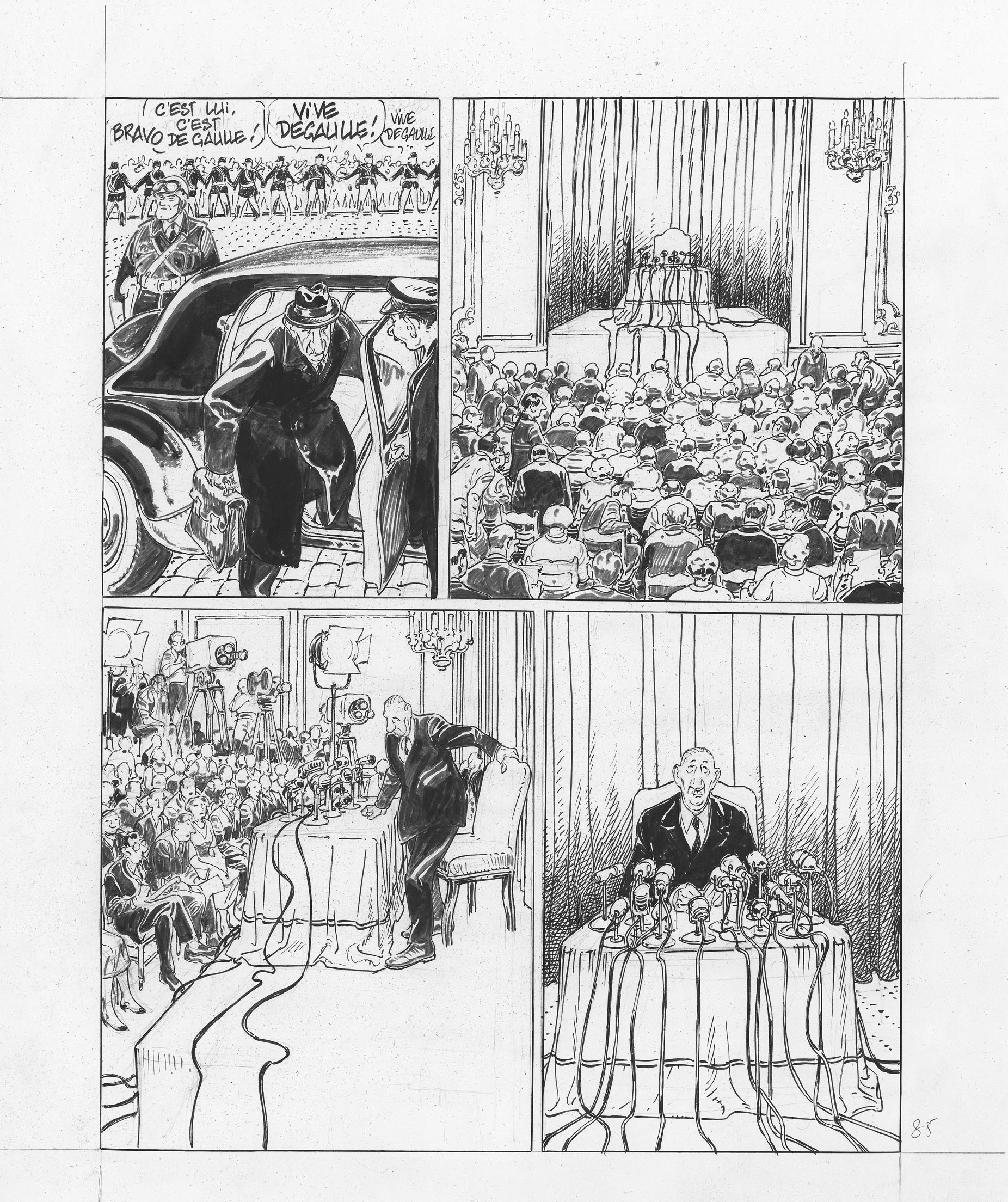 39 plates from the album Un Général, des généraux - due out from Éditions Le Lombard on 4 February 2022 - will be on show at the Les Arts Dessinés gallery at 19 rue Chapon. In portraying De Gaulle's return to power in 1958, in the middle of the Algerian War, François Boucq and comics writer Nicolas Juncker have given us a story as humorous as it is authentic. Algiers is fiercely opposed to a new government which, in Paris, seems ready to enter into a dialogue with the separatists. Thousands of colons rise up, obliging the army and its generals to choose sides: loyalty to the state or loyalty to French Algeria, last vestige of France's great colonial empire. The beleaguered generals embark on a coup d'état which spirals rapidly out of control? It is a military and political debacle that gives De Gaulle the opportunity to seize power and establish his Fifth Republic? The story is meticulously documented and several pages on the history of the Algerian War are included at the end. Each original plate in the exhibition, meanwhile, showcases François Boucq's immense talent as an illustrator.

Private view: Tuesday 8 February from 6.00 pm to 9.00 pm, in the presence of the artist and Nicolas Juncker