Albert Dubout was born in Marseilles on 15 May 1905. After studying at the Beaux Arts in Montpellier, he moved to Paris in 1924. He published his first drawings in Pêle-Mêle and over the course of the next five decades his work was to appear in some forty magazines ("Le Rire", "Marianne", "Ici Paris", etc).
In 1929, Dubout illustrated his first books ? Boileau?s "Les Embarras de Paris" and "Le Barbier de Séville" by Beaumarchais ? followed in 1930 by "Carmen" and in 1931 by "Gargantua". He would go on to illustrate more than eighty titles during the course of his career, including Frédéric Dard?s "San Antonio" series, which he began illustrating in 1965 at the author?s request.
As well as press drawings and book illustrations, Dubout created many posters for the cinema, notably for the films of Marcel Pagnol.
After the war, he became involved in animated films with "La Tour de Nesle", "La Rue sans loi" and "Anatole Chéri". And in addition to all his other achievements Albert Dubout also produced some seventy oil paintings. He died in Saint-Aunès on 27 June 1976. 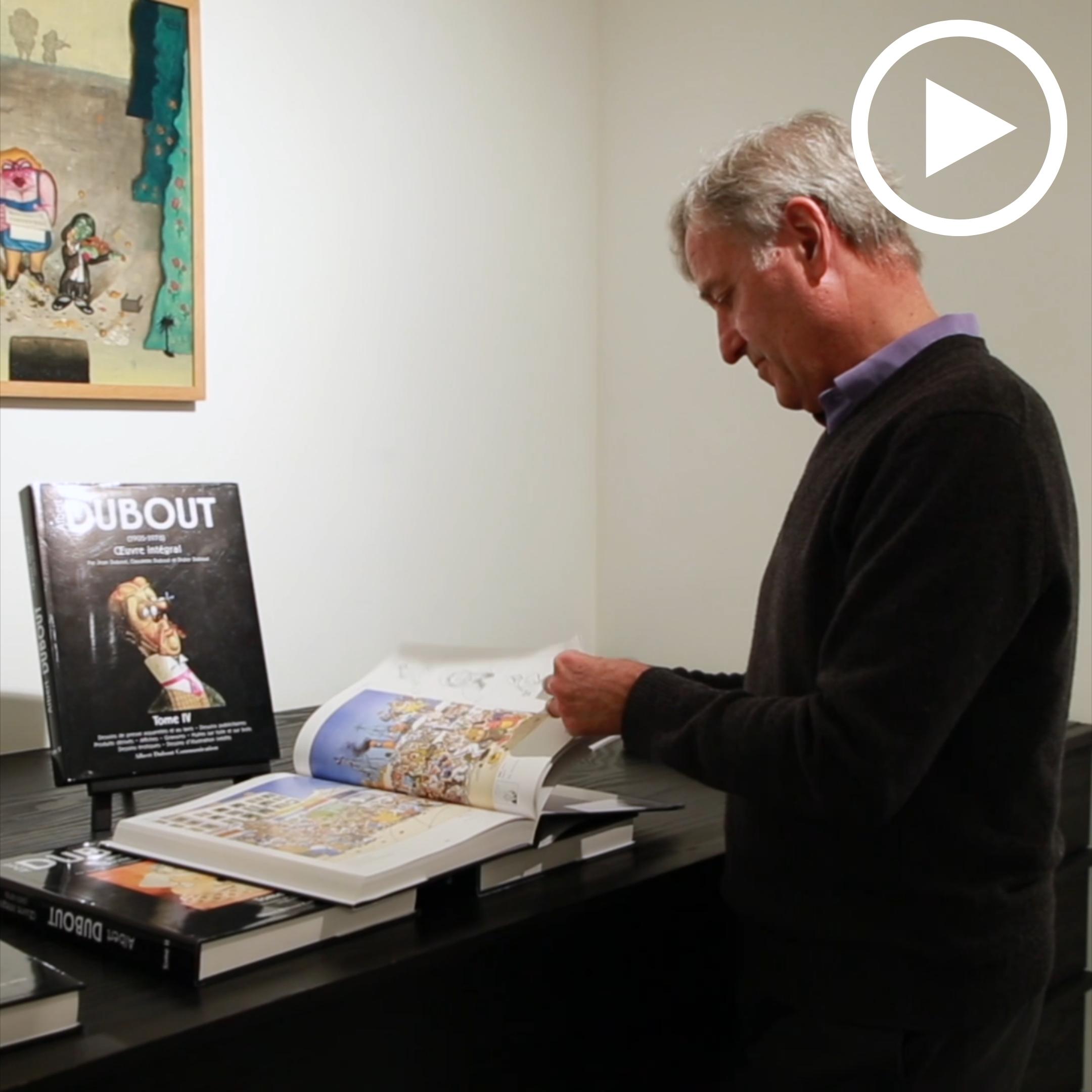