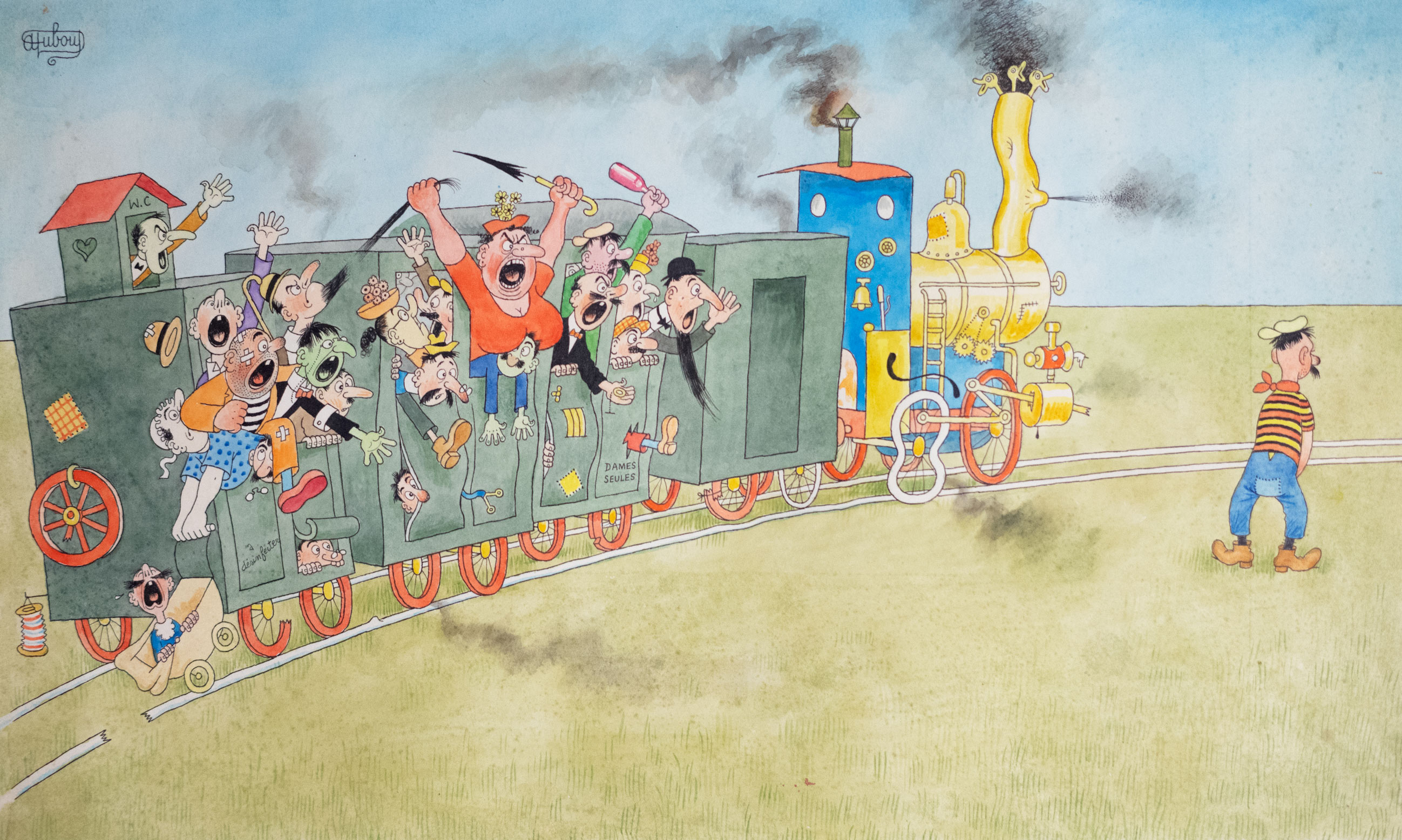 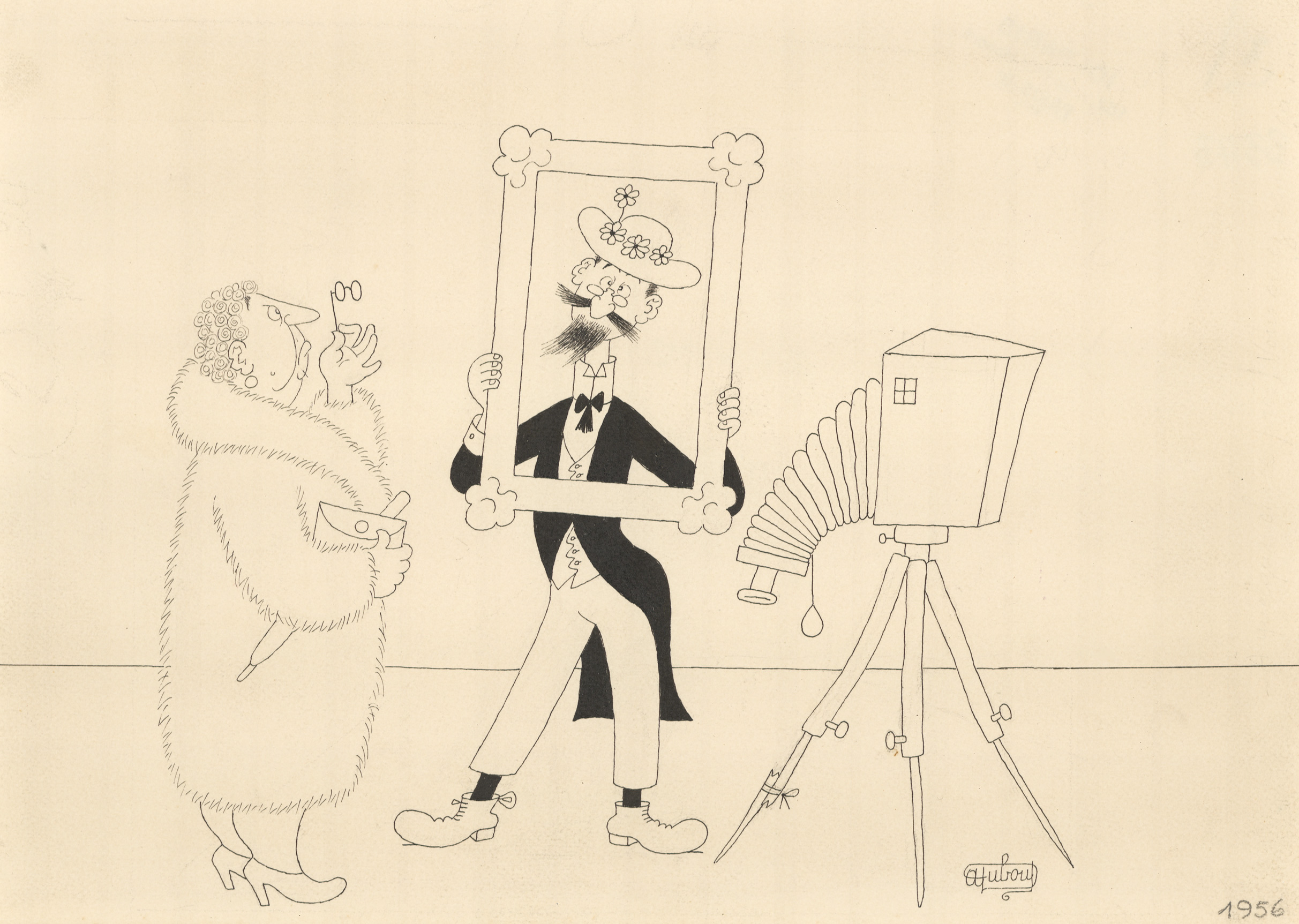 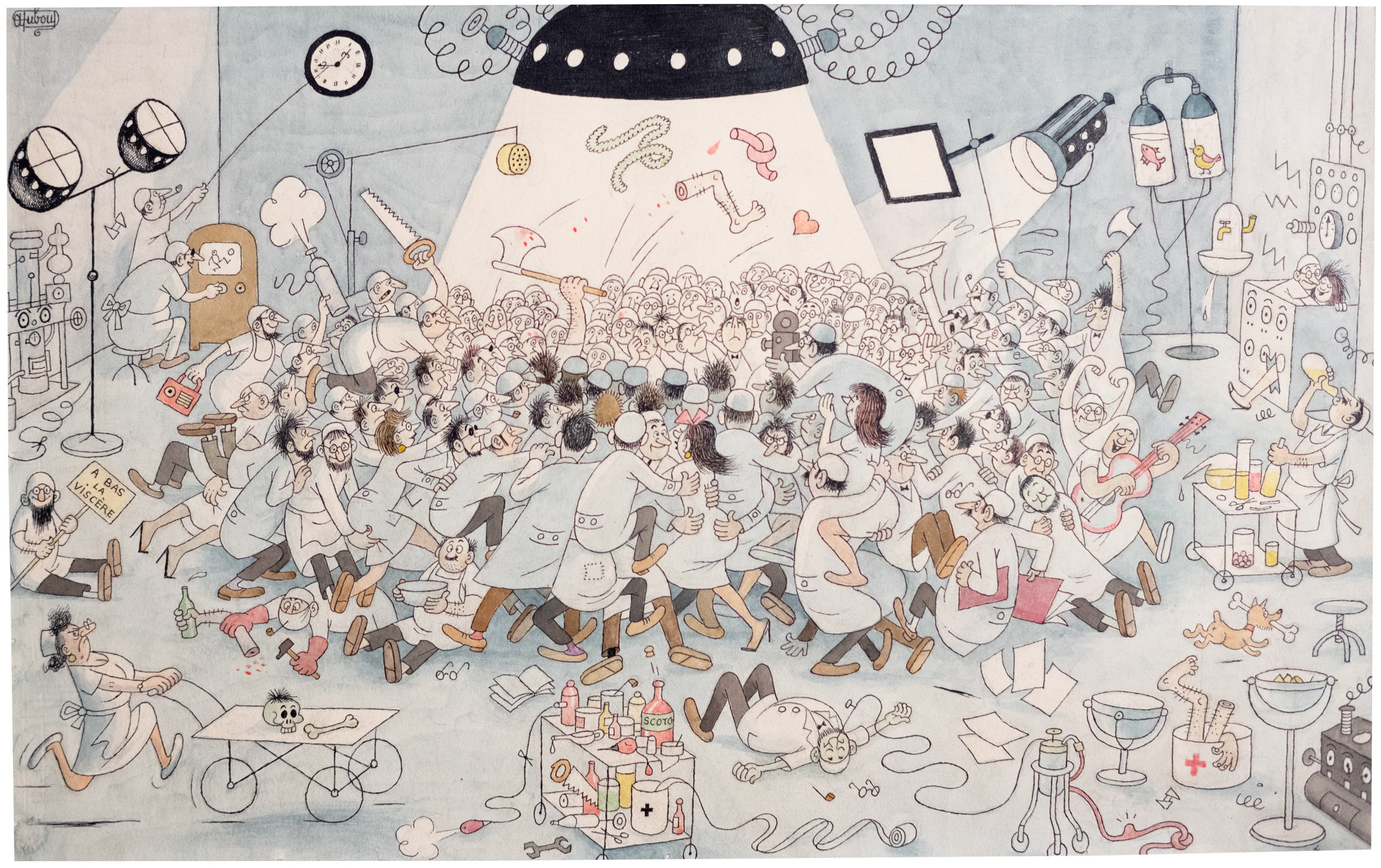 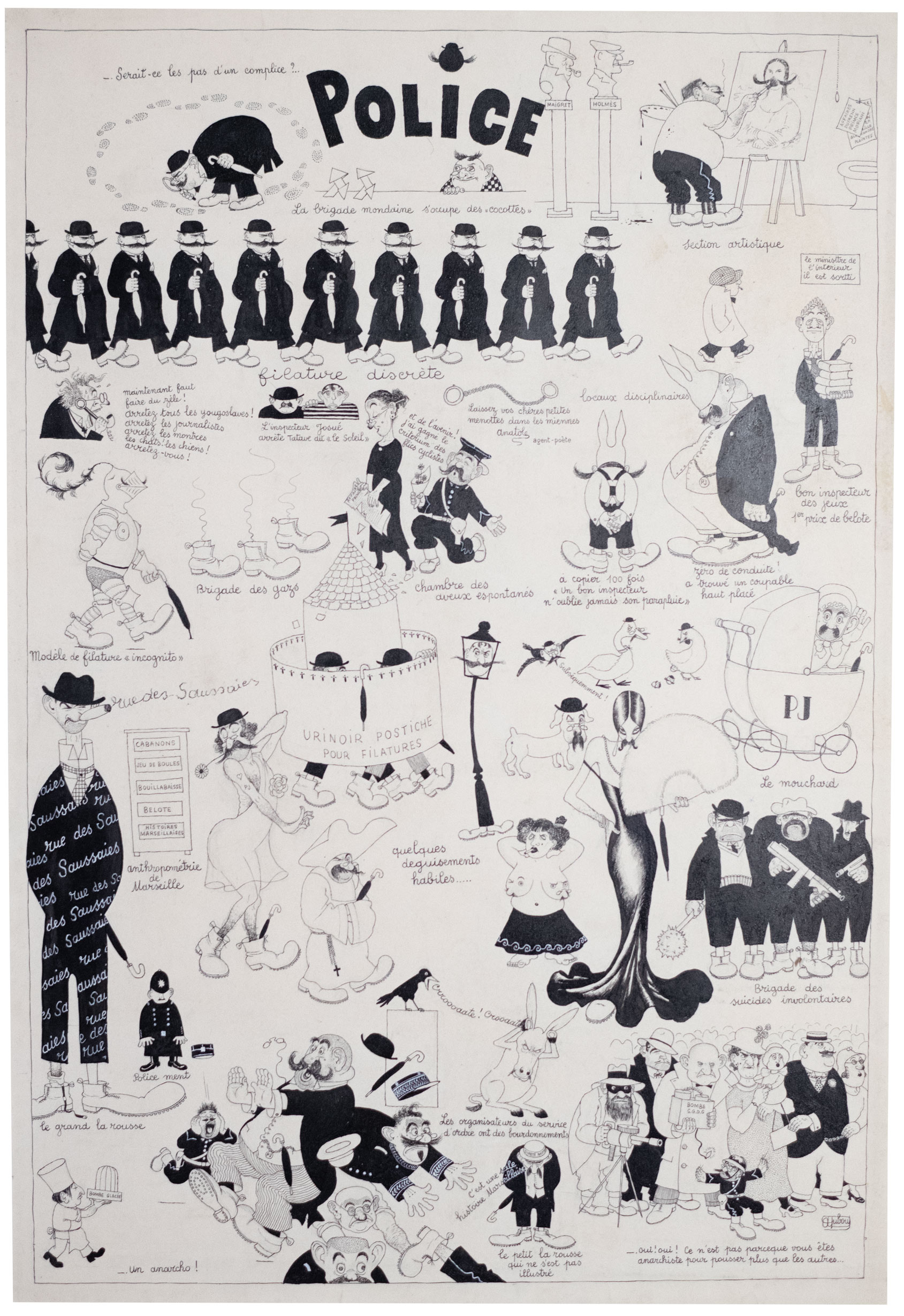 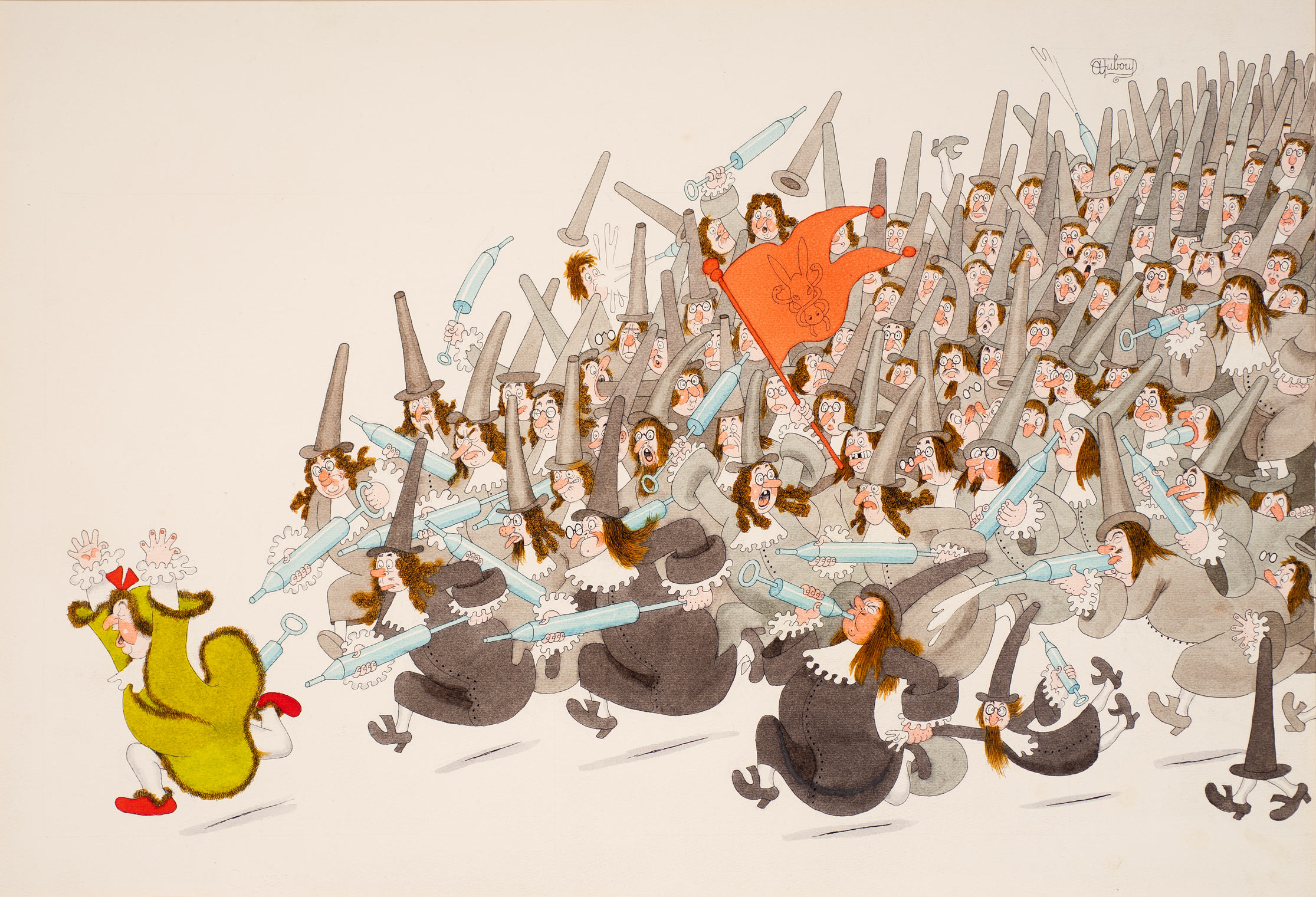 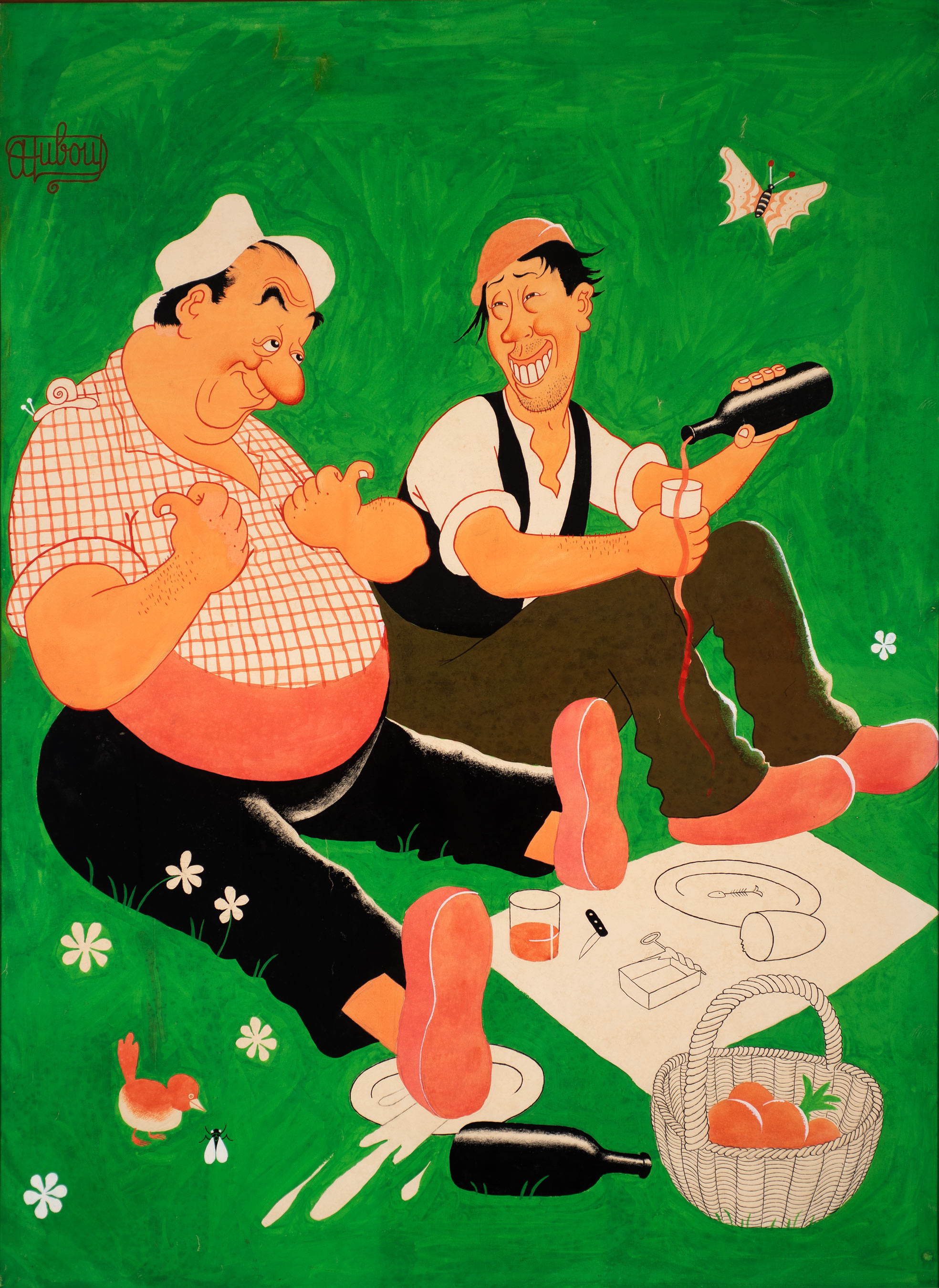 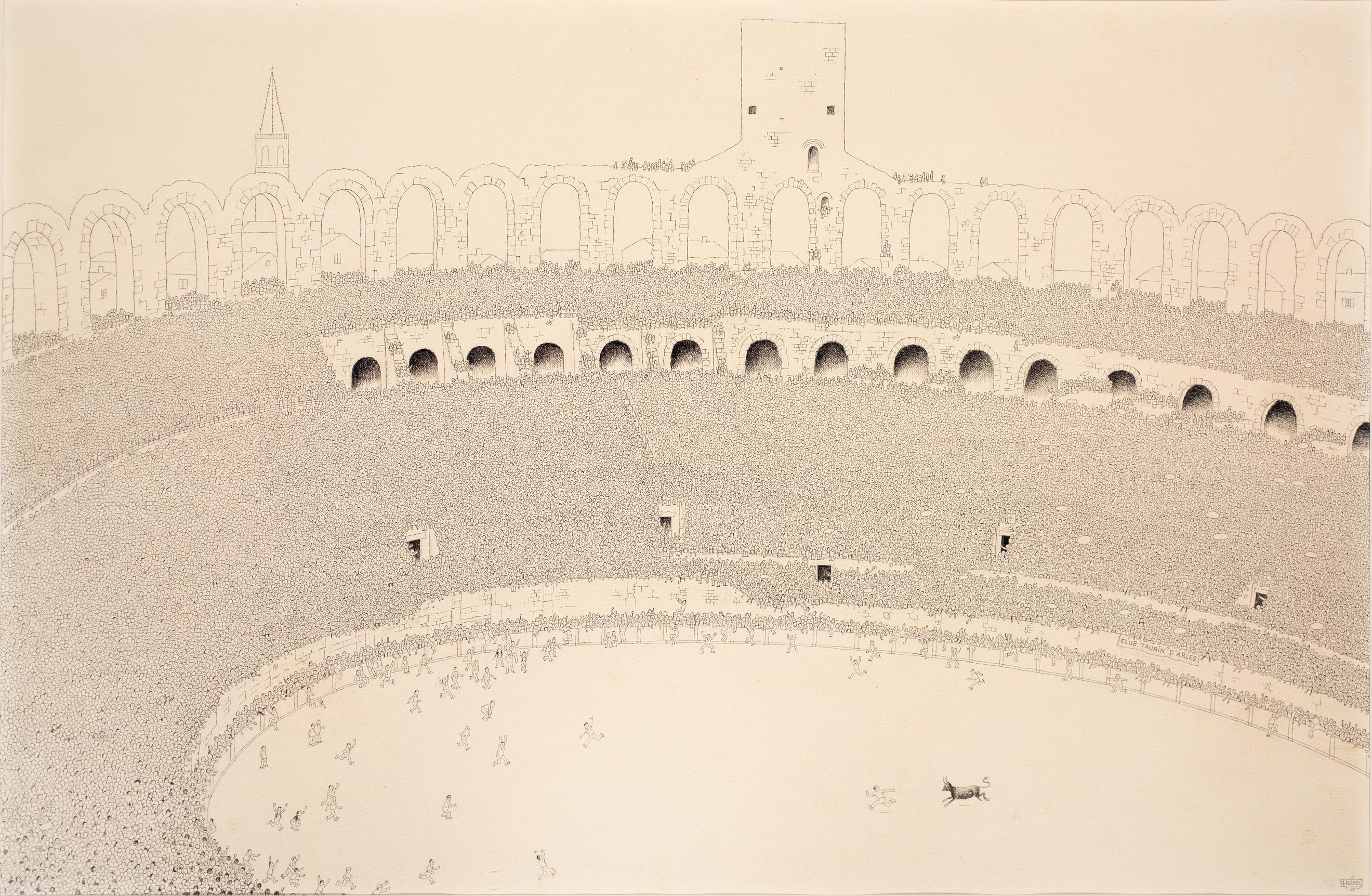 From 11 January to 18 February 2023, the Huberty & Breyne gallery in Brussels is delighted to be hosting a solo exhibition dedicated to the work of Albert Dubout (born in Marseille, in 1905; died in Saint-Aunès, in 1976), an original collection of plates, Indian inks and watercolours.

Over the course of half a century, this talented artist impressed generation after generation of viewers with his cartoons and illustrations.

Dubout is the only illustrator in the world to have mastered the entire spectrum of the graphic arts. As a newspaper cartoonist, he worked for over 250 French and foreign journals, reaching 5 billion readers (half his drawings appeared as cover illustrations). He illustrated 67 great classics including works by François Villon, Molière, Voltaire, Honoré de Balzac, Edmond Rostand and Marcel Pagnol. He published more than 130 albums worldwide, some of them selling more than a million copies. He worked as a painter, exhibiting 77 oil paintings in France (Centre Pompidou, BnF François Mitterrand) and abroad (Japan, Germany, Switzerland, Canada), and designed 86 posters, a great many of them for the films of Marcel Pagnol. In addition, Dubout created 3 animations, 2 films for cinema, material for major publicity campaigns, theatre sets and window displays for Galeries Lafayette.

Dubout worked in Indian ink, using a special steel-tip pen made in England and a large magnifying glass to produce drawings of exceptional delicacy. His plates involving several hundred figures appeared on the covers of newspapers and journals across the globe, eliciting universal admiration. These crowd scenes are carefully structured and highly detailed, involving multiple areas of interest: no one else has produced anything quite like them in the entire history of drawing.

Dubout was awarded the Legion of Honour by President Vincent Auriol and entered the Larousse dictionary the same year as Pablo Picasso.

He was a quiet and retiring artist who shunned interviews and public honours, but Dubout is considered by many contemporary artists, illustrators and intellectuals (Cabu, Wolinski, Plantu, Cavanna) as the greatest French illustrator of the 20th century.

Conference "Dubout, his life, his work, his commitments" Conference by Didier Dubout on Saturday January 14, 2023 at 3:30 p.m.