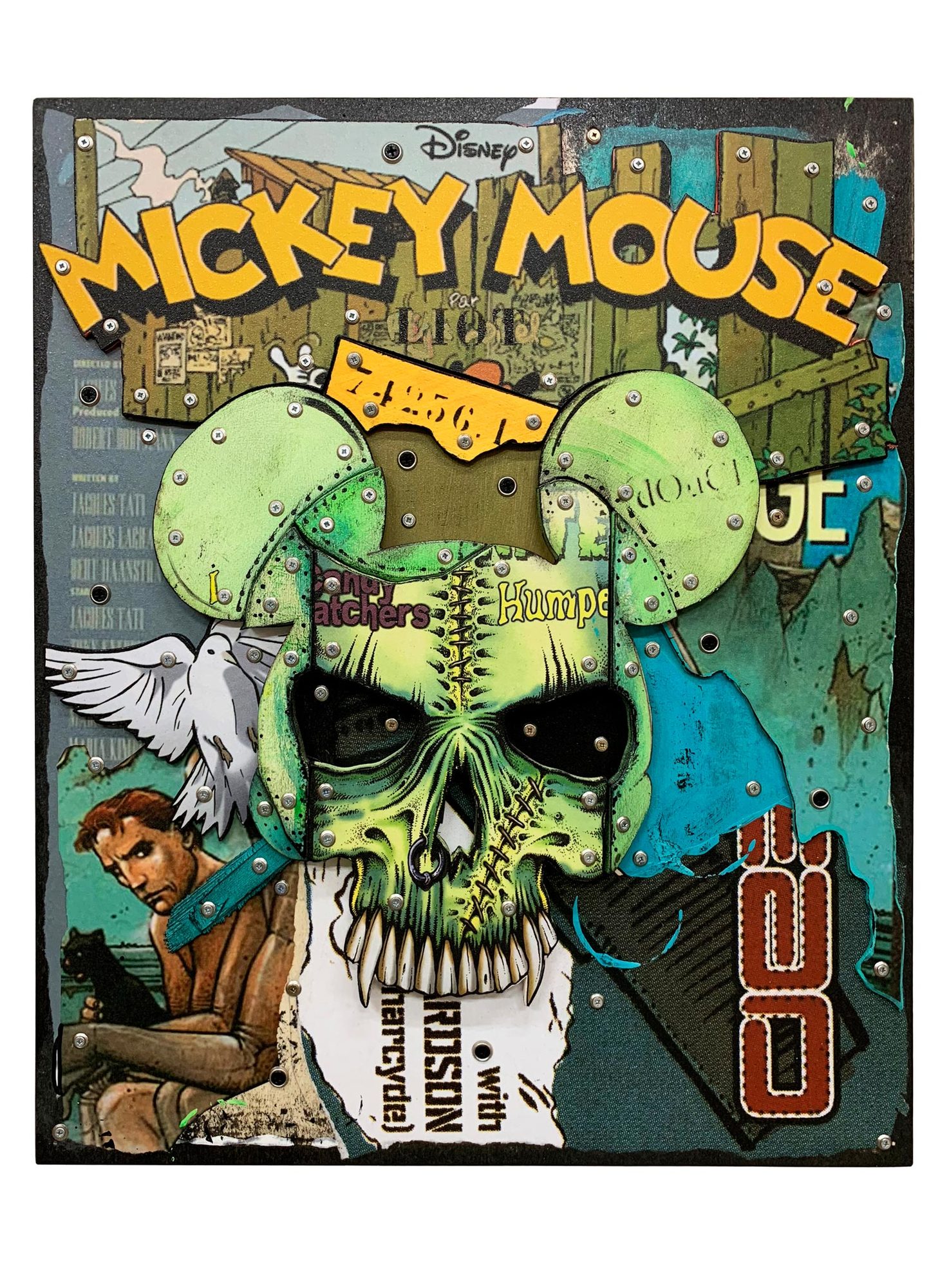 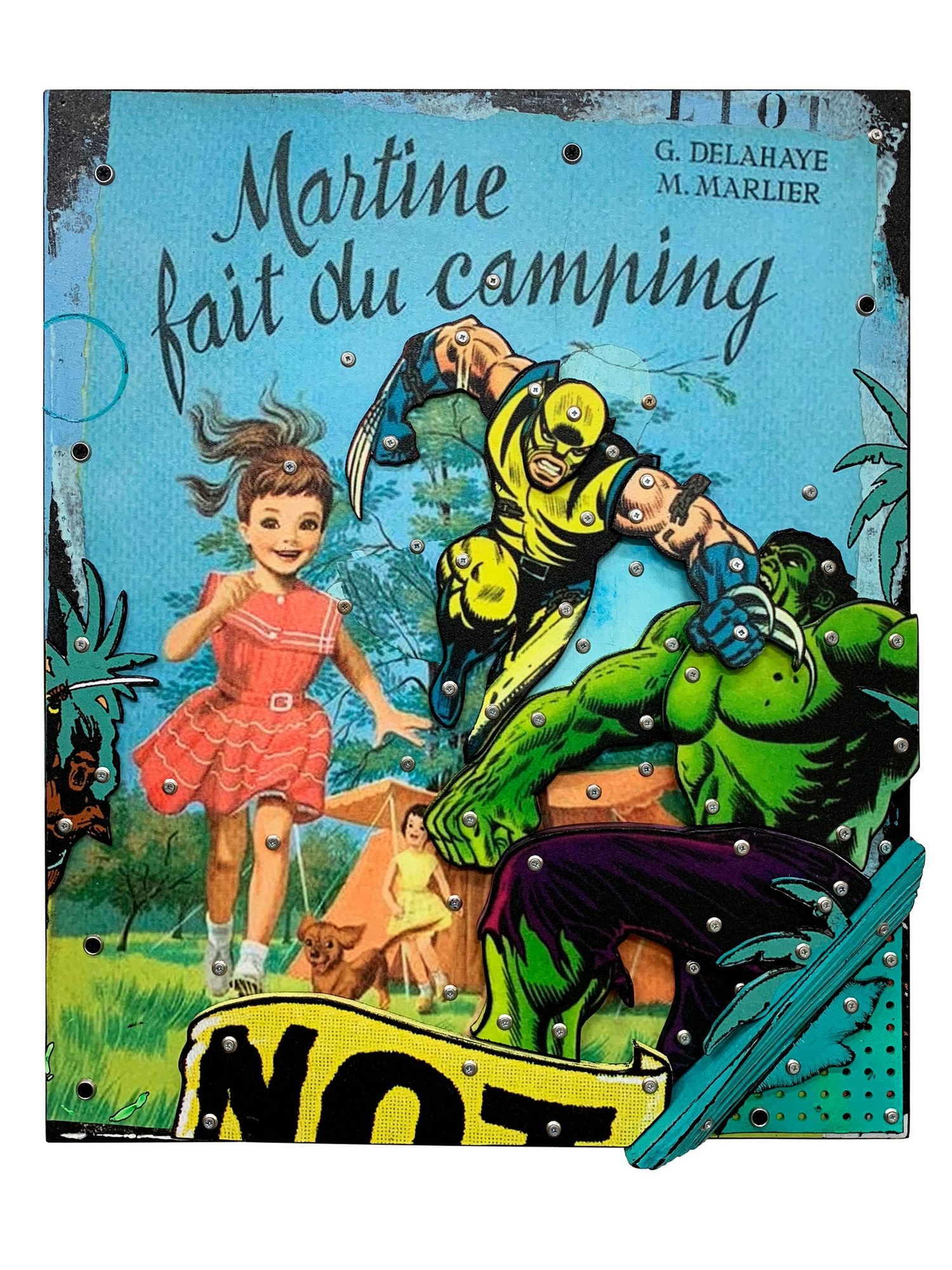 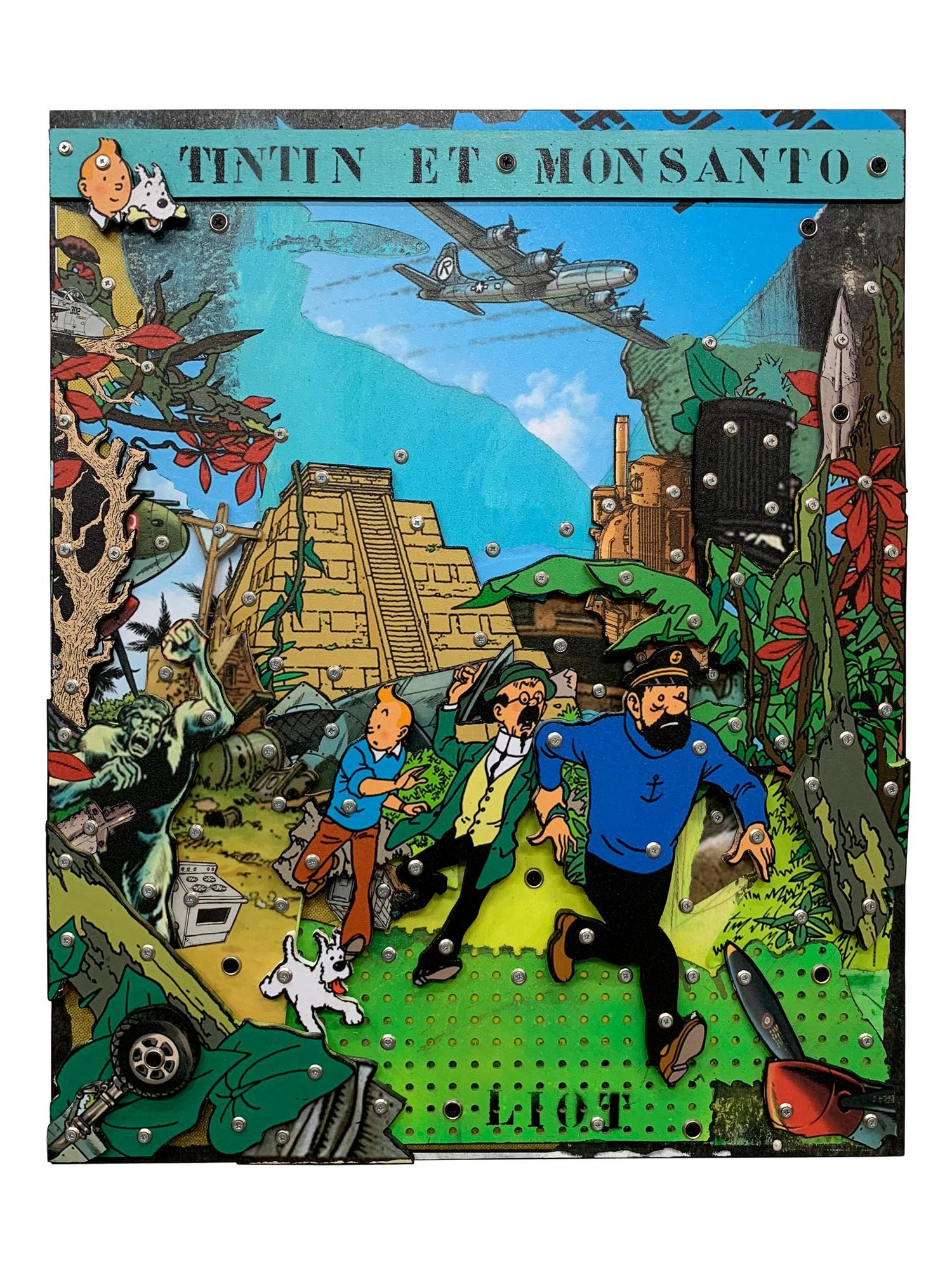 Working within the confines of his studio, Éric Liot creates a world entirely of his own making - an imaginary world teeming with life, colourful, provocative and insouciant, assembled from elements the artist has collected and transformed.
The exhibition "En couverture" plunges us into the heart of the Comic Strip where heroes and figures are skilfully deconstructed and then pasted back together in a patchwork of contrasts.
Éric Liot enjoys travelling and he invites us to share in his virtual journeys and his memories. His images mingle, superimpose themselves, collide and explode here in a tribute to the Comic Strip - a medium he handles eloquently, self-mockingly and with exuberant humour.